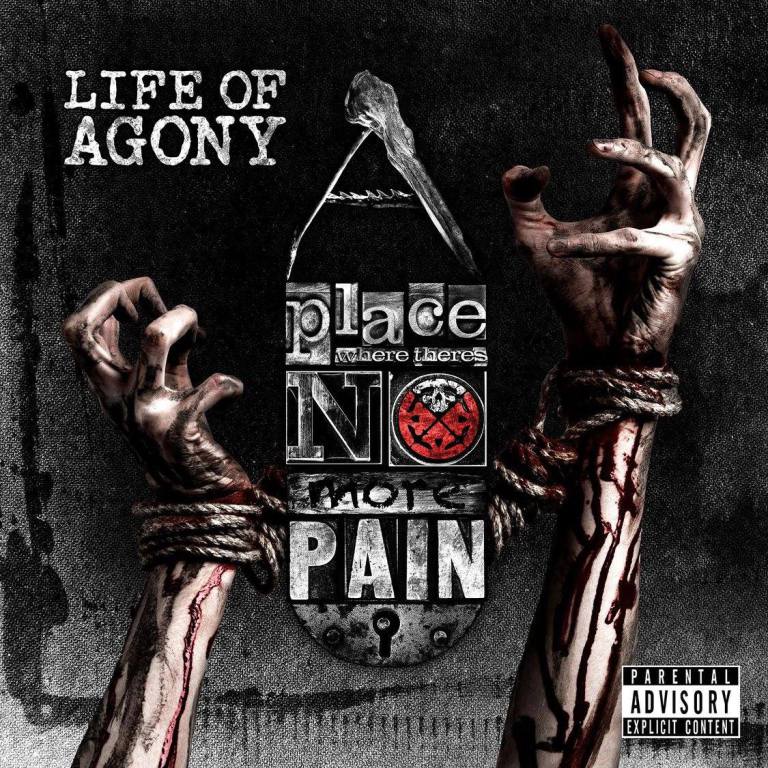 Brooklyn metal band Life Of Again are back with their first new studio album in 12 years. A Place Where There’s No More Pain is the follow up of Broken Valley (2005) after which a turbulent era started for the band and especially for vocalist Mina Caputo, who came out as a transgender in the years after. At first, Caputo deemed Life Of Agony as a part of her past and the group was buried, until 2014 when the hardcore/metal formation reunited for a couple of shows. Life Of Agony, in River Runs Red (record, 1993) line-up signed with Napalm Records and started working on the record that hit the stores just a couple of days ago.

While A Place Where There’s No Pain marks a break with the thunderous past, it does not mean that Life Of Agony has diverted from its musical path. Album opener ‘Meet My Maker’ starts with a heavy, repetitive groove. It is a trademark that all ten tracks on the record carry; deeply rooted in heavy rock. Tunes like the title track ‘A Place Where There’s No More Pain’, (reaching for a comfort zone that will never exist for you) and ‘Dead Speak Kindly’ (losing a family member to cancer) testify once more that the themes that Life Of Agony deals with are again based on reality, depression, grief, alcoholism and more.

‘A New Low’ swiftly touches upon the band’s hardcore past with a riff offensive combined with a very doomy, depressed undertone partially because of the influence of drummer Sal, who also plays in American gothic metal band A Pale Horse Called Death. All in all it’s the heaviest track on the record and perhaps also one of the heavier tunes in the band’s discography. The album closer ‘Little Spots Of You’ is nothing but incredibly haunting. Mina’s vocals lines are beautifully combined with the piano and ultimately timed to make the shivers go down your spine. When it ends with the beep of failing heart machine, you know enough.

A Place Where There’s No Pain is ultimately a rock solid Life Of Agony record, rooted in a recognizable groove and heavy sound (yet not being engulfed by its past) of course Mina’s characteristic vocals. A complaint that one could have against this album is that the tempo is quite lethargic and the overall mood very laden. As a result, it is not the easiest to digest, but has Life Of Agony ever been about that?