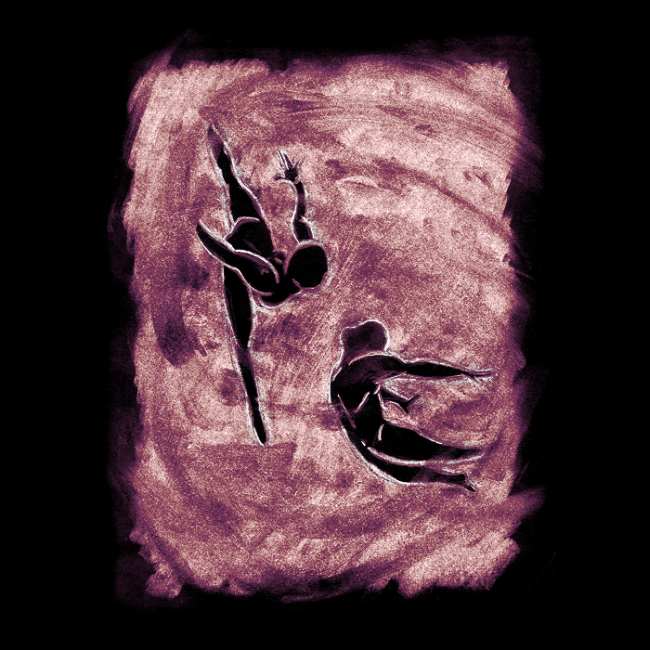 By Wouter B.
Dutch black metal band Laster released ‘Ons Vrije Fatum’ on the 9th of January 2017. A work of art. And as often with art, you can love and hate it at the same time. But until you listen, you won’t know, and it will be both.

‘Ons Vrije Fatum’, loosely translates as Our Free Destiny, with an emphasis on the doomed type of thereof – essentially a paradox. The album is poetically made, both in a lyrical and musical sense. Members W. Damien, N. and S. – shrouded in mask and mystery for the occasion – did a splendid job of creating a deeply emotional and atmospherically enrapturing piece of open ended (and at times put-it-into-perspective funny) piece of art. Here’s why I love to hate it and hate to love it.

The material is, at first glance, something to be expected from Laster given their previous full-length (‘De Verste Verte is Hier’, 2014). Where this 2014 album seems to focus on the abstract themes of loneliness and desperation – hand in hand with some unmistakable fatalism and hope – Ons Vrije Fatum evolves lyrically towards a more direct, harsh, hipster yet in-your-face expression of these same themes.

Musically, the album departs from the atmospheric black/doom sound (so often heard I find it over-used beyond repair) by trying out intermezzos and weavings I would classify as jazz, progressive, and (yes) even (corny) pop inspired (initial section of Bitterzoet. Well done, although initially toe curling). Laster lives up to its own genre of avant-garde black metal. Some bands are very good at naturally transitioning from the pummeling blast-beats and goat-worship to a more laid-back rock sound with esoteric content, Secrets of the Moon do so with SUN, Schammash does so with their brilliant Triangle. With some bands, you have to get the hang of it with time. Laster I count among the latter, as I took (too) long in getting used to their sound and actually had to forcibly listen through Fatum. But – once I’d gotten used to it – the album grips me more and more, especially the subtle melodic laces around the subdued drum and lead guitar (Helemaal Naar Huis and Bitterzoet are prime examples of this).

Well, a paradox it is, so here is what I love to hate about it: the lead vocals and the (guitar) production. The (although mostly below my hysteric threshold) vocals have a tendency to get to me curling my toes, especially over-pitched parts. The monologue on Helemaal naar Huis was also one such part, although after the reading lyrics this settled (if only a bit) better contextually. Somehow it all feels over-stretched and beyond comfortable, whereas the combined vocals do manage to sound balanced and aesthetically pleasing.

The production is at times (Ons Vrije Fatum, Binnenstebuiten partially) feels forced to the typical sound of early black metal: low-fi. To me, these practices are best left behind where they belong: in the mists of the early 90s. It doesn’t do anything for the music except fuddle chords under the rug, until nothing but an undiscernible gruel of noise is left. And there we have it: paradoxically (or rather, dualistically) the melodic and more restful pieces do sound so much better (e.g. De Roes Na), so it is possible. Don’t get me wrong, I am not looking for clean, polished power-metal production, but a bit less sweeping-under-the-rug and suppression would do well for this album.

Ons Vrij Fatum is (literally) a paradox, also in how well Laster has managed to make this an unwavering (monomaniacal?) monolith of metropolitan desperation, despite it’s uncomfortable shortcomings.