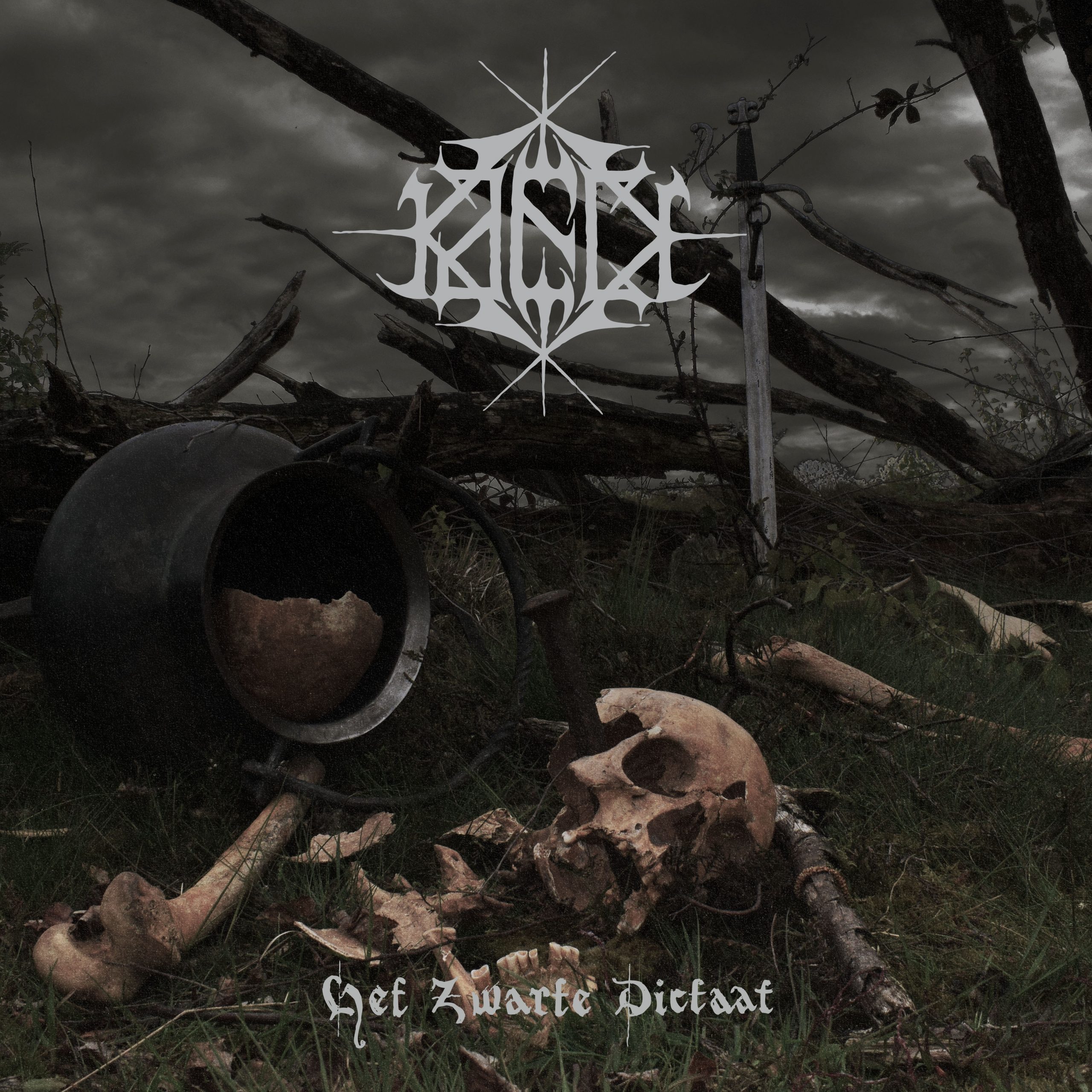 When starting to review this album Kaeck‘s debut “Stormkult” was still on my mind.
This album is…..totally different in a few ways. So I tried to keep “Stormkult” out of my head and devoured “Het Zwarte Dictaat”. It took a few spins but now can say that this album is a pitch black and extreme album which I can really appreciate.

Written by Jan Kruitwagen (Sammath) in 2020 and during recording joined by Ruud (also Sammath) on both bass and drums and Oovenmeester (Richard Herben) on vocals, both lads terrorize your soul and ears by some dark, extreme haunting tunes. The guitar and bass is pitched low so that it sometimes even sounds like Black Metal has mated with Doom and Death Metal. The outcome is not for the faint of hearted. Especially the lo-fi mix of Marco Hartgens and mastering of Peter “Pluto” Neuber make sure that a giant wall of utter dark Black Metal is given. The keyboard is a welcome touch. Overall the sound is harsh, extreme, dark, aggressive yet with a melancholic undertone.

“Het Zwarte Dictaat” is all about riffs. Really effective, dark and harsh riffs. Just listen to opening track “Tegen een Scharlaken Horizon” and the repetitive riff sticks in your head. Just when you get accustomed with this riff you get an aggressive outburst which keeps you on the edge of your seat. The keyboard, as said, is a really cool touch providing the ambiance just the way I like it. Follow up “De Kwekeling” starts by ripping your throat and softens on the throttle with really cool keyboards and low-tempo mid-section. It gives you a well-deserved breather before the terrorizing title-track “Het Zwarte Dictaat” is punching in your face. Fast, pure and without remorse I must add. “Sektarische Magie” could easily fit in an old school Death Metal album and simply pummels its way to its end before “Het vurig Gemaal” gives you some really cool thrashy riffs. “Over de zwarte Vlakten” is enthralling me with its simple yet really effective riffs creating a fitting end to this album.

The simplicity of this album is its biggest charm. No cheap thrills, no extras ……just plain aggression….. raw and pure is being manifested on this album. I think this is the way Jan has meant this album: a non-compromising fuck you attitude resulting in a direct, harsh and extreme album not destined for the ears of some lame pussie. And with this album he has succeeded. Remember: this album isn’t for everyone. If you like metal pure, raw and stripped to the core this one’s for you. It took me a few spins but this album grows on me, and I fuckin’ like it!