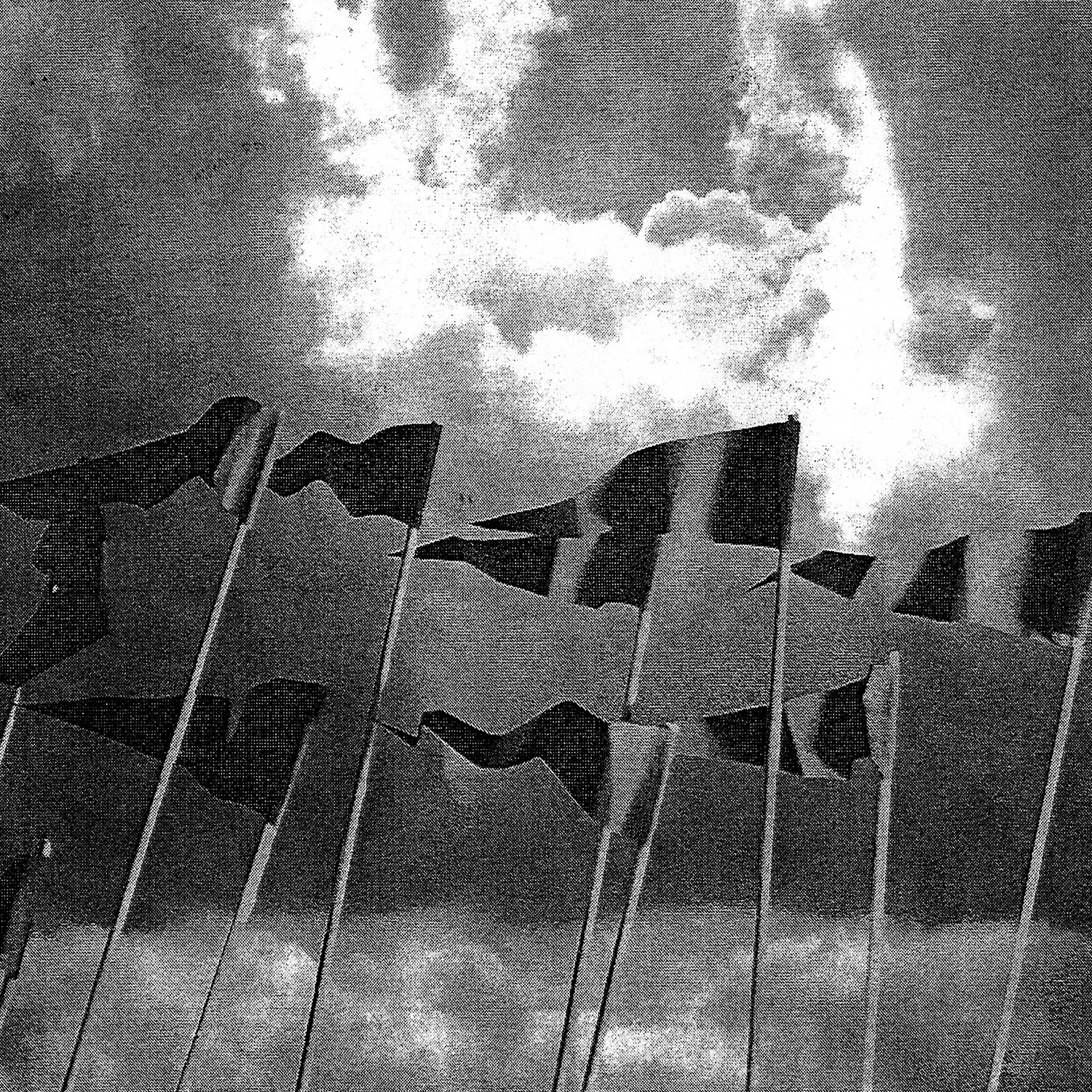 Dutch black metal formation Iskandr, comprised multi-instrumentalist O (Turia, Lubbert Das, Solar Temple) and on drums M (Fluisteraars, Solar Temple), return to the foray with their third full-length ‘Vergezicht’. Supposedly, the album narrates six stories about resistance, deceit and regeneration, a theme that fits well with the epic approach to each of these songs.

The first minutes of album opener “Gezag”, remind of Bathory‘s ‘Blood Fire Death’, from acoustic strumming to the soft neigh of a horse. The trumpets usher in the steady, mid-paced drums, a dense layer of distorted riffs, with deep growlish vocals and subtle atmospheric chants. About six minutes in, this gentle vibe takes a more dissonant and aggressive turn. The quickened tempo, forceful and ominous vocals give the song darker mood, as if there’s no escape possible. Just as quick as an autumn storm comes and goes, this whirlwind only lasts a few minutes and the gentle sounds take over again.

One of the more alluring songs on the record is “Gewesten der Tijd”. This soothing track features O‘s seasoned and deep, clean vocals, which entice the listener all the way through 13+ minutes. For most of the track, the music is reiterative and seems to function as a background for the lyrics, until an unanticipated solo takes the lead and transforms the last minutes of the song into a blaze of ferocity.
After a combative start, “Baken” leans heavily on ambiance before “Verbod”, alternates between threatening passages and gallant choirs. Album closer “Het Slot”, is the longest track on the record and demonstrates that Iskandr hasn’t lost itself completely in sweeping melodies and untold tales. It’s by far the heaviest, most guitar-orientated song on ‘Vergezicht’, ending the album akin to Drudkh‘s ‘Autumn Aurora’.

With its gracious and epic tones, combined with raw black metal aggressiveness, it’s fairly easy to get lost in Iskandr’s ‘Vergezicht’ and imagine some of the tales this album seems to tell. A suitable soundtrack for a stormy autumn season.