The release of Wardruna’s “Runaljod – Ragnarok,” marks the conclusion of the Runaljod trilogy that first launched this epic Norwegian band. It does not signify the end of the band, however. Metal-Exposure had the opportunity to talk to mastermind Einar Selvik before the start of the European tour in November.

The evening before the interview, the new record earned the number one spot on the World Music charts in Canada and the US. When Einar Selvik is congratulated on this fact, the Norwegian musician reacts with humility. “As a musician, you are always unsure of how people will respond to your work.” Even though the previous Wardruna albums all have been well received, Selvik did not necessarily expect the same for “Runaljod – Ragnarok.” “It’s not something I take for granted,” he says. 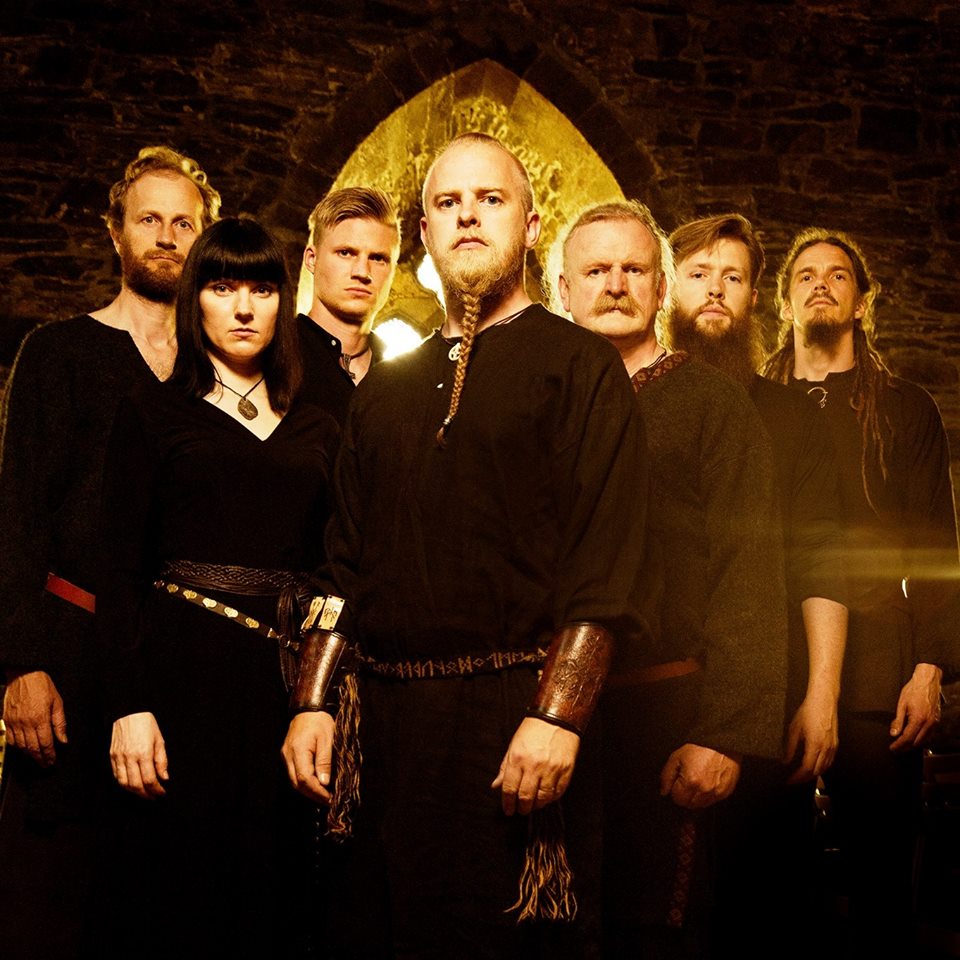 Awakening
The final chapter of the trilogy first stirred the notion among fans that it might be the final album for Wardruna. Ragnarök has the connotation of being the end of something, the doomsday of the northern pantheon. It’s a discourse that Einar Selvik disagrees with, as he has stated in other interviews. “We should rather see it as a new beginning. In terms of the awakening or a great transformation, instead of a doomsday of the gods.”

On the question of what he hopes has awakened, the Norwegian multi-instrumentalist does not have a clear-cut answer. “I don’t know. It’s hard to say what other people have taken from the album. Some people have told me that it has helped them understand that every end is a new beginning. This is not necessarily related to the concept of Ragnarök, but to everything in life. Things end and start anew.”

As to what the record has meant for himself, he says: “It’s definitely a good thing that I’ve managed to shake the concept of Ragnarök as the doom of the gods, and that people now see it as a transformation. So Ragnarök is naturally not the end of Wardruna, but just a new beginning.”

The horn resounding
The record features a bronze age instrument, the lure. The massive horn demands your attention both because of its size – it’s nearly half the length of an average person – and in terms of its sound; the intense, low call of the horn is both fearsome and beautiful to hear. For many people, the lure might seem vaguely mythical or exotic, but it’s not an uncommon instrument in Scandinavia. “Growing up in Scandinavia, you learn about this instrument during history lessons in school, so I’ve been aware of it for a longer time,” Einar Selvik explains.

Even before Wardruna, the Selvik knew he wanted to use these horns in his music. Naturally, they are not everyday instruments, and the lures used in Wardruna were custom-made. The Wardruna mastermind says that the horns have always been found in pairs; in every (historic) image, you will always find more than one. “As they are twin horns, there is no difference between the two. They both have a range limited to eight tones.”

The lures are prominently featured on the first song of the latest album, “Tyr,” named for the god of war in the northern pantheon. It’s not a connection that necessarily makes immediate sense, as academic research indicates that the horns were used in rituals rather than battles. “Yes, that is the case,” Selvik agrees. “Actually, [academics] don’t really know, as they are in the dark about many things regarding the people who used [the horns] in the Bronze Age. They vanished; they stopped finding traces of them at some point. Maybe it was migration, but there is a gap in history when it comes to these people.” When asked whether using the lure in Wardruna was just a matter of creating a more pervasive sound, he replies mysteriously that there are certainly ritualistic purpose to the use of the instrument in the song.

The Norwegian musician goes on to say that a later wooden version of the lure was used by farmers and maids in the Nordic countries to send signals to each other from across great distances. A well-known image of a similar scene can be found on the cover of Burzum’s “Filosofem.” 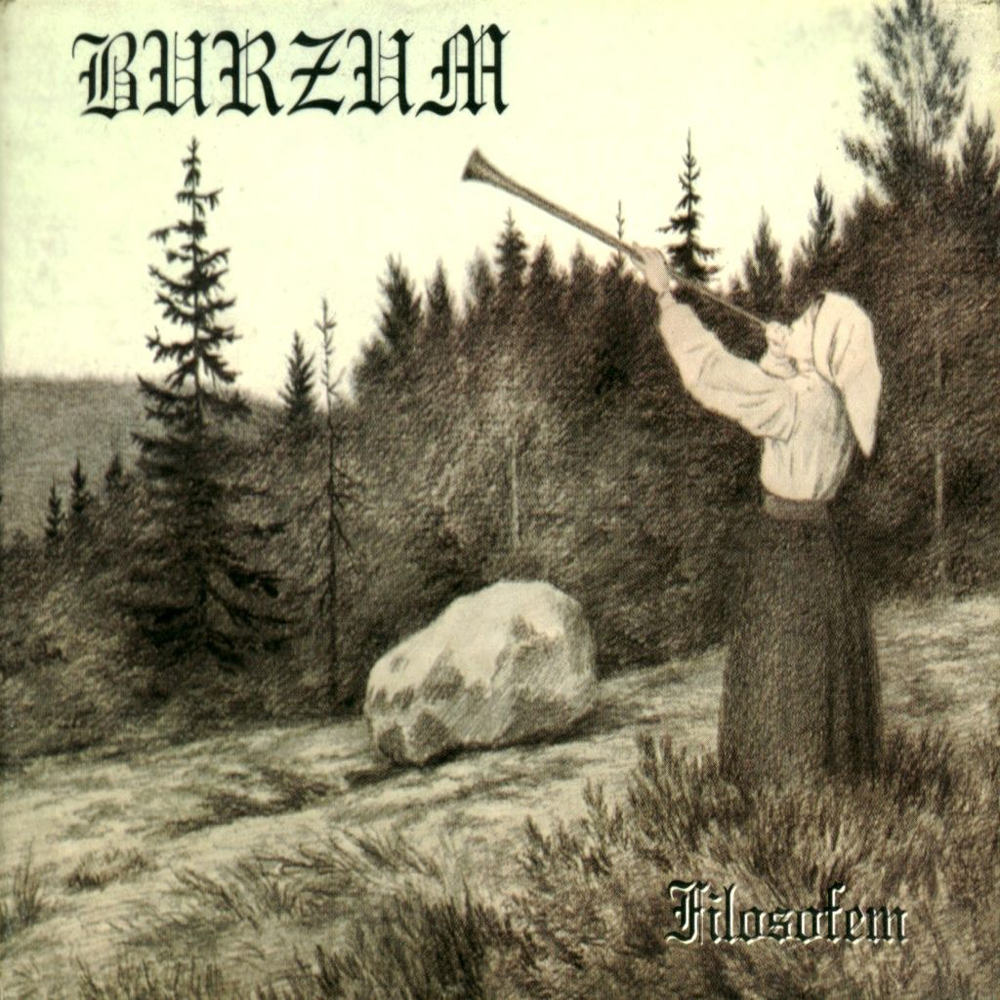 Rock art
Our conversation stays on the topic of history; anyone who has skimmed Wardruna’s album booklets or noticed the symbols that Selvik uses will see that in addition to runes, images from the Bronze Age are prominently featured. When asked about the relationship between the two types of imagery – as they are from different eras at least 2,000 years apart – Selvik stresses that it’s important not to take a restrictive view here.

“The way I see it, you shouldn’t even limit it to these two elements. It’s a misconception that Wardruna is Viking music. I’ve always said that. Wardruna is about using something old to create something new. It’s not bound by certain eras.”

“I personally think that the Viking age is not very interesting,” the Bergen-based musician continues, likely breaking more than a few hearts with those words. “It was a time of change, a time where things were ending. I think the eras before that are more intriguing and these are things I like to explore. Not only the Viking age, but also the Bronze Age, and the Stone Age. I also take some elements from modern history.”

The song Raido comes up as an example. When your humble author suggests a connection between this song and the concept of a sun horse, Einar Selvik warmly replies: “If that’s the meaning you find behind it. I’ve incorporated a lot of influences into this particular song, from sun horses to the Finnish myths of the Kalevala, to every man and horse myth out there. It is all in there.”

Wardruna as a vessel
Selvik doesn’t feel that it is particularly relevant or important for Wardruna listeners to be knowledgeable about these histories and myths. “Of course, being familiar with these subjects might mean that you get other things out of the lyrics, but it might also limit you in a way. It might mean you interpret the music in a way that fits your previous knowledge: it gets shaped into things it might not even be. So it works both ways.”

“It’s not about retelling the past,” he adds. “Wardruna should be a reminder of something bigger than all of us. Take nature, for example: it’s important, and I think we’ve strayed too far from it.” Still, these concepts fit better with the old religions, says Einar Selvik. “They old religions are not as strict as the ones we have now. They are less rigid and more fluid. The ways of thinking are not set in stone in these older religions. Ultimately, music is the best vessel for that. It is not bound by the dogmas of religion.”