Not too long ago, Kamelot was back in The Netherlands and they brought Serenity as their supporting act. This gave us the chance to ask a few questions to Chris Hermsdörfer of the band. After Kamelot’s performance, we sat down: 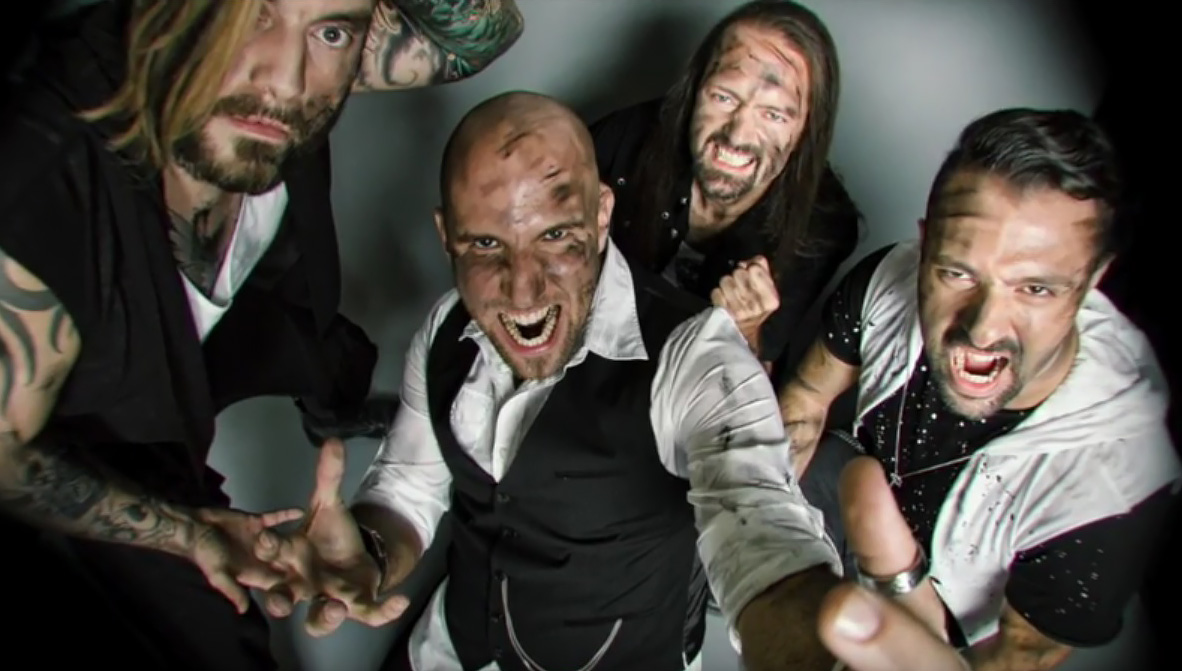 Metal-Exposure (ME): Thank you for your time, Chris.
Chris (C): Any time, glad we could make some time.

ME: The new album, Codex Atlanticus has been recently released. What can you tell us about how the album came to be?
C: The main inspiration was ofcourse Da Vinci. That is also why we used the name of his diary, this Codus Atlanticus. We tried to put as many details of his life, his inventions and creations in it. Ofcourse we tried to combine these main topics with the perfect fitting music. When we make a song about Mona Lisa, then it has to sound more like “The Perfect Woman” and a song about his inventions in a war theme, like the tank he already invented brings out “Sprouts of Terror”. So we tried to fit the content to the music.

ME: Talking about “Sprouts of Terror”. To me it sounds heavier than most of the other songs you have ever written.
C: Yeah, we tried to do something with that. On one hand, we tried to get back to the roots of Serenity, around the Fallen Santuary record. So to say, more straightforward, more male oriented. On the other hand we tried to do some new things. One of those things is “Sprouts of Terror”. We never had the blast speed in a song like that. It turned out pretty well, also live. We played it during the tour with Powerwolf, yet we had to skip it for this tour, since we wanted to add some more songs with female vocals in the setlist. Maybe next time we get back to The Netherlands, it will be part of the setlist again.

ME: We have heard some things about you performing with Tarja?
C: There are some things planned during the end of the year. As of now the show in Hengelo is confirmed. There might be more, but only time will tell.

ME: Do you have any other plans, for example in the US?
C: We hope so. The plans are still in the running, so we try to be back as soon as possible. It could have happened this year, but let’s say it will happen in 2017 at latest. At the moment nothing is completely fixed as I said, but we’re working on it.
ME; What about 70.000 Tons of Metal?
C: That would be awesome. I remember we had the offer a couple of times, but we could not make it before, but we couldn’t make it because of some matters in our private lives and this year with the headliner tour which was already planned. Let’s see, maybe next year.

ME: So, there are four shows left for now, including some festivals. What are the plans after that?
C: Naturally, Codex Atlanticus has turned out really well and the response to it has been great. We got some really cool offers and we are working like crazy with the booking agency to get us on the road. There will be something new, of which I have just heard of last week. Westill don’t even know what it will be.
ME: A headlining tour would be nice as well!
C: Definately, but I don’t think that will happen this year. Next year will be quite sure that it will happen, because we are planning the new album as well. We won’t wait another couple of years this time, hopefully it will be there between May and Juli 2017. We are already excited for everything that has happened and is happening in 2016

ME: Talking about a next album, you have already written about Marco Polo, Da Vinci and others. Do you have some ideas what the next album will be about?
C: We already have some ideas about that, yes. It is already fixed what we will write about. Ofcourse we won’t spill anything just yet.
ME: Can you give us any hints?
C: Music wise we will follow the set path we are on right now, like we did with this album. There will be one guest singer, female ofcourse, but we don’t know who it will be. It will be decided after the songwriting is done. But as I said, music wise, we will continue on this path, kind of returning to the sound pre “War of Ages”. 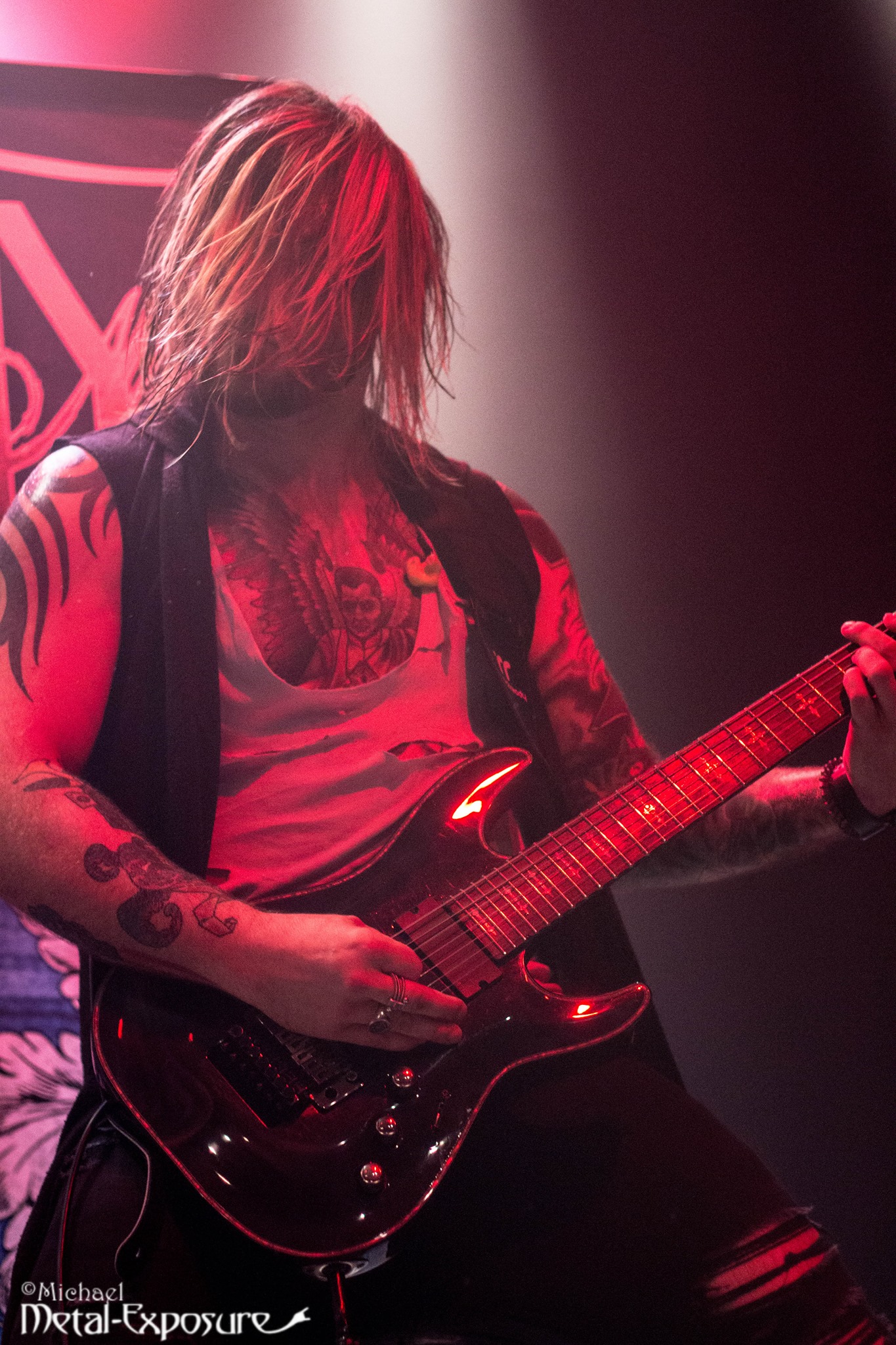 ME: For me, it already sounded that way in Codex Atlanticus. “Inequity” had some elements that reminded me of “Velatum”.
C: As the writer of the song, I can say that we did not have “Velatum” in mind. For a long time we did not have this 3-4 count in rythm. I was into writing a song that followed “Velatum” because it works out great on stage and it was one of the first videos. It was also one of Serenity’s most succesful songs.
Talking about that song, we should put that in the setlist, because during the Powerwolf Tour, a lot of fans wanted to hear “Inequity” performed on stage. We only had thirty minutes, so we could not fit that in.

ME: The more albums you have, the harder it becomes to make a setlist, naturally.
C: Definately, for example, we didn’t play anthing from “Words Untold” because we want to promote the new album and songs on that arent the shortest. We want to focus on the new work. Not only because it’s new, but also because they work out great live. We toured for two and a half years with “War of Ages” and we think the fans also deserve some fresh stuff.

ME: What can you tell us about the creative process of making a new album, how do you get inspiration of the sonhs?
C: A lot of us have a background in history. Georg is working in that field, so he is the first to pitch in ideas. It’s his job besides music, so ofcourse he is more into that. We discuss the idea, trying to make it a more concrete matter. At first we have a big theme, then fixing it to a more focussed direction.

ME: Heading back to a new album, any idea what artists you would like to work with?
C: Well, her for example (pointing towards Cobra Paige who just entered the room). Cobra would be nice, we never worked together.
ME: Going on tour seems like an ideal way to make new connections.
C: Yes, while on tour with Powerwolf, we hung out with Noora from Battle Beast which is a cool person. But as I said, first we’ll have to write the songs and then see who seems fitting for the role. If we have another blast beat song with growls, we could ask Alissa (Arch Enemy). We’ll have to see, maybe we’ll get people who we already worked with. Georg has recently worked with Charlotte (Delain) on Phantasma. Delain and Serenity have been linked together a lot. We want to keep it interesting for the fans, so not use the same voice over and over.
ME: It also opens up some touring options maybe? Getting guest artists and bands who normally arent in the same line of genre?
C: As guest artist on tour, we have had great experiences with Tasha and will stick with that. It’s fitting, she’s great and from the area. So it’s easy to bring her along on tour.
ME: How did things start off with Tasha?
C: She was playing with Georg in a cover band. We tried it out with her when Clémentine was sick and it worked out great. Fans loved it and the chemistry was fantastic. She had to learn about the dynamic on stage in the beginning, but since the headlining tour everything has been great. But that has been the whole atmosphere in the band anyway. I started in 2011 for Serenity, I feel way better than in the beginning. Everyone is in harmony, everyone has their own job and everyone is doing what they enjoy and what they are best at. For example, that is why I am here and not at merch. I work on tour management and interviews, this way we split everything. This works beneficial for everyone, you don’t want anyone sitting here, doing the interview when they don’t want it. That does not work out well for any party.

ME: So what is up next?
C: In fortyfive minutes we’ll leave this venue. After some shows, we will all go our own way and start writing songs. I already have some ideas. That’s ths thing about always having your phone on you. When you think of a melody, you just record it. We all work like this and it works out great. For now we have a five hour drive ahead of us. I will start off and the Georg will take over. But for now, let us join the fans dowstairs.
ME: I agree, thank you for your time and good luck on the next shows!

We want to thank Chris from Serenity for his time during this busy night. For more news, showreports and pictures, make sure to keep an eye on Metal-Exposure.com.