04-09-2014- The name Myrkur has been buzzing in the black metal scene for a while now. Aside from having produced a killer debut EP, this one-woman-band from Denmark has been the topic of debates regarding her identity and being a woman in a male-dominated genre. Metal-Exposure discussed these subjects with Myrkur in an interview: “It has become some sort of gimmick for the readers, which was not my intention.” 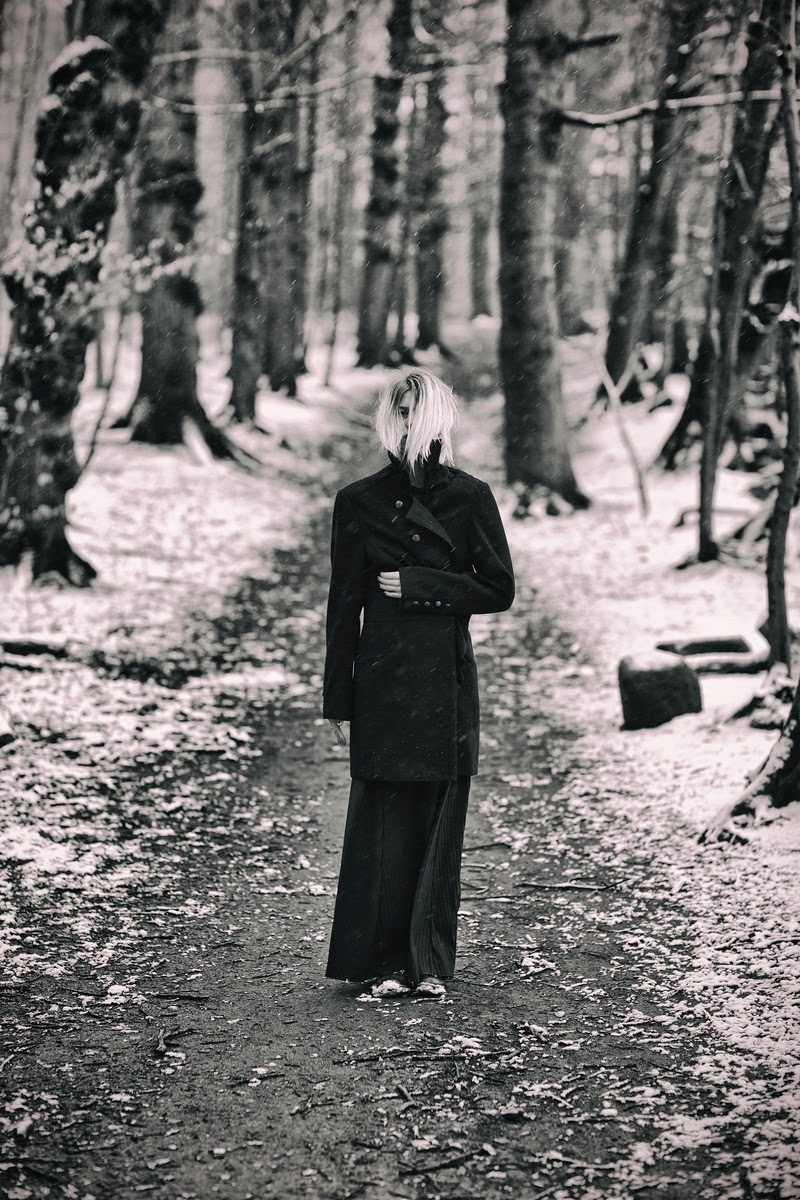 Why did you decide to produce music under the name Myrkur and not reveal your real identity?
“It has to do with artistic expression. It is also my, perhaps naive, believe that when you make a record, it is about the music and not about the persona, the hair colour or bio’s. I don’t know why so many people are getting upset about it. For some reason, a writer or music listener feels a sort of freedom when listening to music, while knowing everything about the band. This is really an illusion, because bio’s for example, are not written by the band. It is not a truthful expression of the person or the music. So, all you can do today is listen to the music with your ears and not be so worried about what they tell you about themselves.”

Don’t you think the identity speculation diverts the attention from the actual music right now?
“Well, that was not the reason to do it. It has become some sort of gimmick for the readers, which was not my intention. So, I can only say that I don’t care. I don’t read about it on the internet, because that is not very constructive. I don’t want to live like, being a reaction to what other people say about me. I would like to be who I wish to be. As long as I make music that Relapse Records wants to release and some people feel connected to it, than there is nothing else I need to do.”

I’ve read that you would want to do some live shows. How would that work as Myrkur?
“I can play with a black trash bag over my head. No, I don’t know yet. I’m not planning on doing tours with like lots of venues in Middle America. I plan to do real concerts and not so many, but in the right setting. I don’t want to compromise the sound. This is hard, because I recorded everything myself on this EP, so I’d need to delegate some things to other people and perhaps get a small choir as well. So, I would rather do fewer concerts at the right place, with the right sound. Perhaps I shall say to people: if you want to come, don’t make photo’s. If you want to come and listen to my music, maybe I’m not so opposed to showing my face.”

What can you tell about the process of writing the EP?
“I have been writing the music for many years. It has been an isolated process. I have not shared it with anyone, except for my Swedish friend who ended up helping me with the drums. I have written the songs in my house in Denmark and recorded the music by myself there as well. I played it to some friends and they said: “we think you should release this music if you can.” Then, I was contacted by Relapse Records. So, it has not been a very social process. Many bands are out and about, playing concerts and writing music with other people. I suppose it has been a little bit lonely for me to do this, but it was just the way I had to do it.”

In the short video about Myrkur, you mention Northern mythology as one of your inspirations. What are your personal ties to the mythology?
“I was very fascinated by it when I was a child. Part of our history lessons in school were about Norse mythology. Not as a religion, but as history. So, I guess I grew up believing in it as history. I liked it and I suppose I’ve based a little bit of my worldview upon it: my view of what women and goddesses are. The sagas also echo inside me as a Northern European person. Even when you are a part of modern society, there are certain things you can’t really explain. Like what gives you your identity and some explanation of your roots. I found this through the mythology a little bit.”

Your inspiration also partially comes from duality: harshness and beauty in nature, darkness and light and black and ethereal vocals. In what ways could one notice this duality in oneself?
“I think today people restrict themselves much. They shrink themselves down to a person of one dimension. A sort of a useless being that is just there. When really, mankind, but also nature, has much more contrast. So, I like black metal because you can explore other sides of yourself. Even as a listener – you don’t have to play the music – you can go to a darker, more pure place. It is more pure in a sense, because it is stripped of all the noise. Well, not literal noise of course.”

While talking about her music, Myrkur touches upon the discussion about her as a female musician in a male-dominated genre. “Many people talk about me as a woman making music in this genre. They ask me: ‘How is it different doing this while being a woman, instead of a man?’ My answer is: I am not a man, so I don’t know how it would be different. I make this and I like to mix the choral and ethereal vocals, poems, sagas or folks songs with the type of metal that I like. I cannot say how it would sound if I were a man. Most likely, I would not have made this kind of EP if I were a man.”

You could say: it doesn’t matter if you are a man or woman, it is just about the music.
“Yes and that is how I feel. My friend plays in a Swedish metal band and I said to him: most of these interviews are about me being a woman. He replied: “This is silly. Man or woman: you are a musician.” It could be made by a dog: it doesn’t really matter.”

You are currently writing a full-length, what can we expect from that?
“I’m trying to get a studio out in Bergen, Norway. I want to record it there instead of in my home, alone. So, perhaps there will be a little bit of a better sound. Not like a slick, produced sound though. I plan to continue on the same path musically. Although, some of the newer songs I’ve written are more aggressive, but I really like melody. So there will still be a melodic sound.”