By Laetitia
Swedish black metal formation Mörk Gryning disbanded in 2005 due to a lack of interest in extreme/black metal. Now, a little more than 10 years later, the band returned to the stage at Party San Open Air, re-released their classic record Tusen år har gått and are planning a show in March, in Stockholm. Metal-Exposure caught up with band member Goth Gorgon to talk about Mörk Gryning‘s return to the scene.

It is often stated that Mörk Gryning was dissolved in 2005 due to a lack of interest in extreme/black metal metal. Can you recall what happened back then? What were your reasons for dissolving the band?
“Yes, that’s true. My interest in the music had been waning for quite some time and I needed to move on. We had just recorded 4 songs when I quite suddenly lost the will go on.”

Did you quit music entirely? If not, where there other projects?
“No, I kept playing in a couple of different projects, one was called Port of Saints together with Aeon. I guess I will always do music in some way.”

In which moment did you decide you wanted to reform the band, can you describe the situation?
“We had been toying with the idea for a couple of years but it didn’t happen until Eisenwald re-released “Tusen År Har Gått”. We felt it was about time and initially just planned to do the one gig we did at Party San, but I guess we got inspired and agreed on one more.” 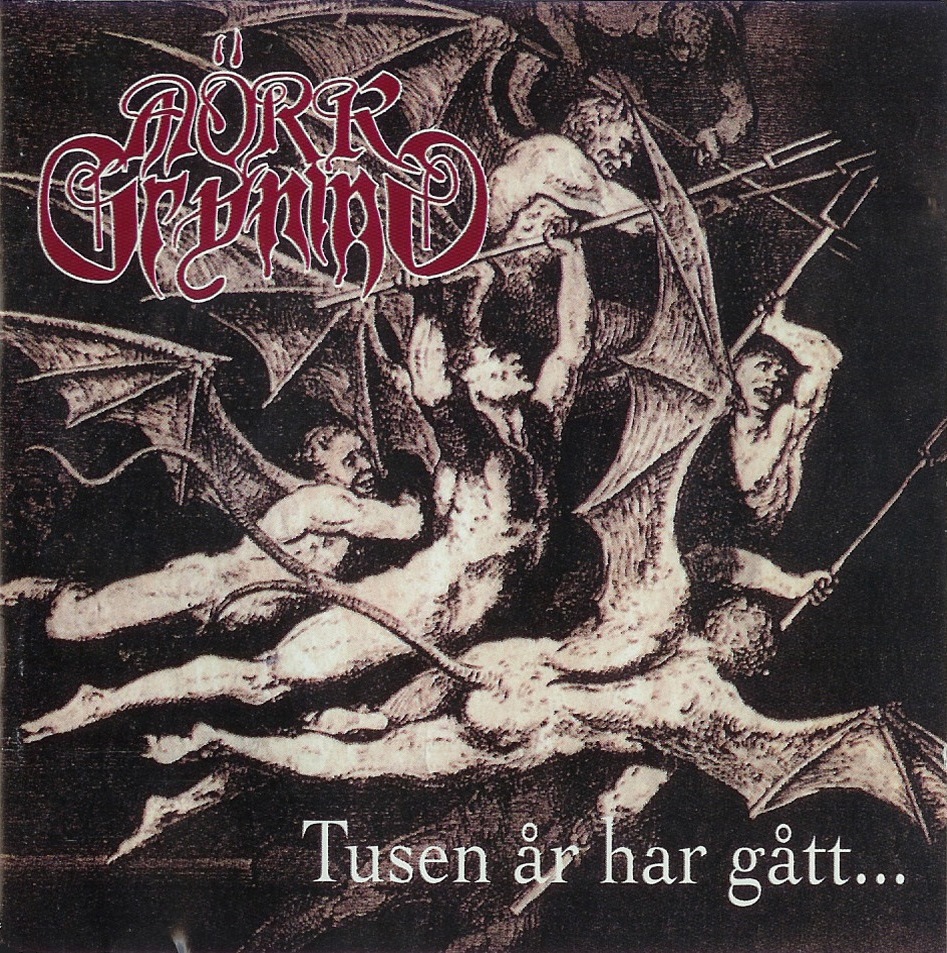 The biggest question is of course, what are the reasons for reforming the band?
“As I mentioned before, the re-release of “Tusen…” ignited the spark but it was actually Avatar that came up with the idea. I felt the time was right so I said if we get a good gig let´s do it. Just a bit shitty the circumstances under which we got the gig. Regarding the music I like it just as much today as I did back then.”

If you listen to the old discography now, are there albums that you take particular pride in? Or the opposite?
“I think all the albums are good. They all have parts that are great, as well as parts that could have been improved, but overall I’m very proud over the whole discography. But “Tusen…” is my favourite. It’s the most simple, clear and straight forward of all the albums.”

Which of the albums still resonates the most with you?
“Tusen…” and “Maelstrom Chaos”, they are the most focused albums. Especially the first tracks on “Maelstrom” are killers: “Templars”, “Ont Blod, “The Menace” and the title track.”

This question and answer are from another, older interview – I was wondering if your response would be the same now:

”What is your vision on the current metal scene, in Sweden and in the whole world?
None really. The black and death metal scene is overfed and has been so for ten years. It should all need to die for a couple of years to be reborn in a new way. ”

“Yes, totally. To be honest, nothing that was released after 1995 ever really caught my attention. But today it´s a bit different since so much time has passed and we can look back at those days with a broader perspective. One has to admit that there was a lot of really good music being made in the early days.”

What artists do you listen to now yourself?
“It changes all the time. When it comes to extreme metal I used to listen to new bands every once in a while but I seldom come across anything that turns me on. Tribulation is one of the newer bands I think are alright. Every once in a while I tune in on some of the old albums, but it’s usually the same I listen to: Mayhem “De Mysteriis..”, Impaled Nazarene “Tol Cormpt Norz Norz Norz”, the first Bathory’s and some more.”

What was the first time you played together as a band again? Where was it? How did it feel?
“I was in Stockholm for a visit early this summer and we had time for some rehearsals. It was a bit weird at first but soon it all felt just like before and the energy was there. They had all been rehearsing together before so i just joined in and we ran through the set.”

Can you describe the process of the reformation? Who did you call, discuss it with? What were the first steps?
“Avatar took the initiative and asked if we shouldn’t put the band together for a festival. He had earlier met up with Henrik and they had talked about it. Peter was all keen about it so I guess was up to me. I felt it was gonna be fun and the time was right. Better do it now then before we’re all grey and fat!”

2016 marked the reformation of the band (at Party San). Why was Party San chosen as the location for the reunion?
“As I mentioned before, the reason wasn’t the best. Gates of Ishtar were supposed to play but sadly their drummer passed away, and so the slot was open to us. The reunion idea came quite late actually so all the festivals were already booked, but now there was a slot available.”

Who are the current members, what are their backgrounds?
“Avatar – guitar: was part of the band 1999-2001, played on “Maelstrom Chaos”.
Henrik Åberg – drums : played live between 2001-2002
Johan Adler – keyboards: never played with us before.
Goth Gorgon – bass, original member.
Draakh Kimera – guitar and vocals, original member.”

Are there any completely new band members, how did you recruit them?
“Only Johan, he had been playing with Kimera in other projects but I don’t know exactly what.” 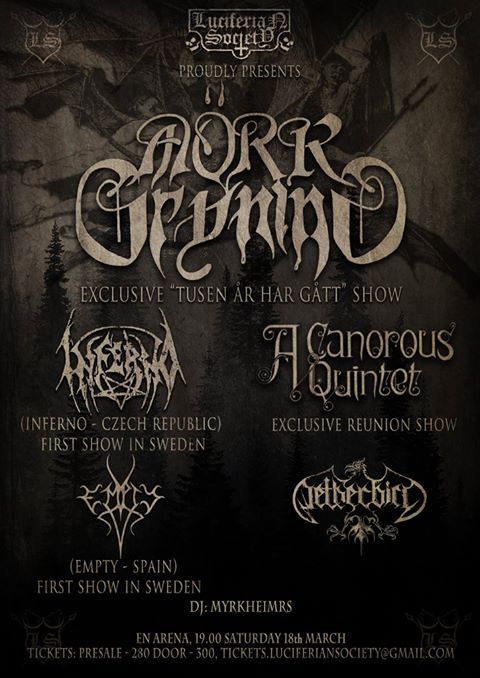 A show is planned in Stockholm in March. What can fans expect?
“Well, all I can say is, it’s gonna be the most worked out show and longest set that we ever did, we are really stoked about it. It will be dark and atmospheric in a “Tusen år har gått” spirit since we gonna play that whole album, but there will also be songs from all the other records. I hope to see a lot of faces from back in the days. Are you gonna come?”

Are these couple of shows a one time event, or are there plans to perform more often? (And if that, are there plans for new music?)
“Only time can tell my friend, only time.”

The floor is yours for any last words to conclude the interview with:
“Thanks a lot for the interview, take it easy and hope to see you on the 18.3. Cheers!”