By Laetitia
“It’s been some time since we’ve toured,” explains Moonspell frontman Fernando Ribeiro when he states that the first days of the tour are always the hardest. Currently, the Portuguese metal band are touring through Europe with the Greek metallers from Septicflesh. Metal-Exposure sat down with Fernando Ribeiro before their show in Haarlem (NL) on Friday the 13th of March, 2015. 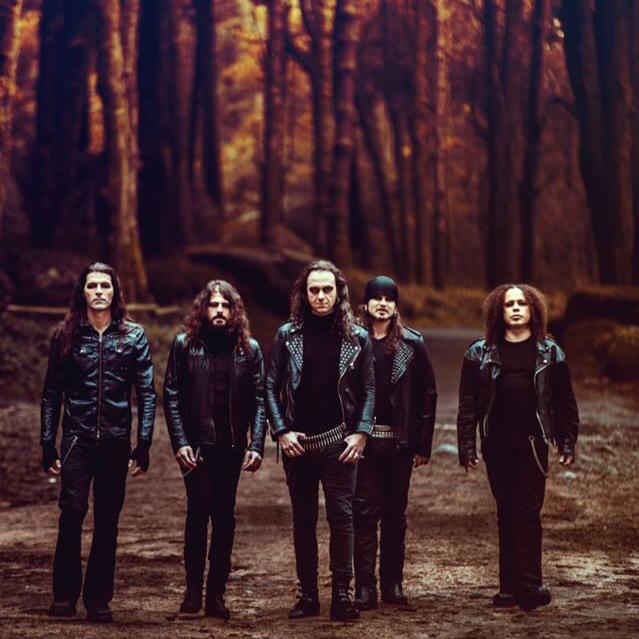 “It’s also the first time that we are playing a lot of these songs live. There is always the anxiety and concentration involved. So, the first days are always stressful for the bands and the crew. We try to keep that from the audience obviously. In a couple of days, everything will be alright. We’ve been doing this since 1995 and even though we’ve just come from home and it takes some time to adjust, nothing can stop us.”

Do you remember your very first tour?
“Yeah, it was in 1995, supporting Morbid Angel and Immortal. It was a crazy tour because we were really young and inexperienced. Since we came from Portugal, nobody could really prepare us for that first European tour. On top of that, we did it in a van, we toured eight weeks in a van. This is not something pleasant, it’s the price you pay for rock ‘n roll. We had Wolfheart out and nobody knew about us. Just by seeing us live, people started to buy our records. I remember that we came back and Robert of Century Media told us that we sold 50.000 copies in a month. I was like: ‘Woaah, what does that mean? Can I shower now?’”

I was recently discussing this with a friend, that metal bands from Portugal (and Spain) hardly ever seem to ‘break through’ in Central Europe.
“They don’t break through anywhere. Moonspell is quite exceptional. Spain has many bands, but people know about them in Spain and Latin America. It’s quite big. There are metal bands in Spain that play in stadiums and they sing in Spanish. Portugal definitely has a smaller scene, but it’s not the Portuguese or the Spanish bands fault. People always look up to bands from Scandinavia or Germany, the UK or America. They forget that there are other countries and that makes it hard to compete.

We have to fight ten times harder for attention. We have to work on a daily basis to be a part of the scene. If we close ourselves off in Portugal, or go fishing or something, we are dead. We always have to keep a very high level of competition. It’s even hard to fly anywhere from Portugal. It’s hard, it’s twice as much. A lot of people from our management told us to move out to Germany. I told them: never. My country is Portugal. I’ll lose my mojo. It’s a country with problems and difficulties, but we do this as a Portuguese band. ”

So in a way, your country is an inspiration then?
“Pretty much. In the way that we are. The culture and literature talk about how the Portuguese are, which is a normal and melancholic kind of people from the south of Europe. Lazy, but also able to enjoy life. It is a country with a lot of contrast. It is a very small country but you can find everything: mountains, sea sides, different accents. Moonspell is a bit like this. Obviously we like to travel, but I wouldn’t mind spending ten years in a row in Portugal.”

I have been in a lot of countries and I haven’t found people who are like the Portuguese. There are some similarities with the Greeks, but they are more alive than us. I think it has to do with, and this is the fate or fado, is not to live up to what people expect from us. Portugal can be a great country, because we have everything, like alternative energy and hundred kilometres of seaside. Unfortunately, our politicians make our country a very small country, while we could be big and that is the drama. Maybe that is the drama of Moonspell as well.” 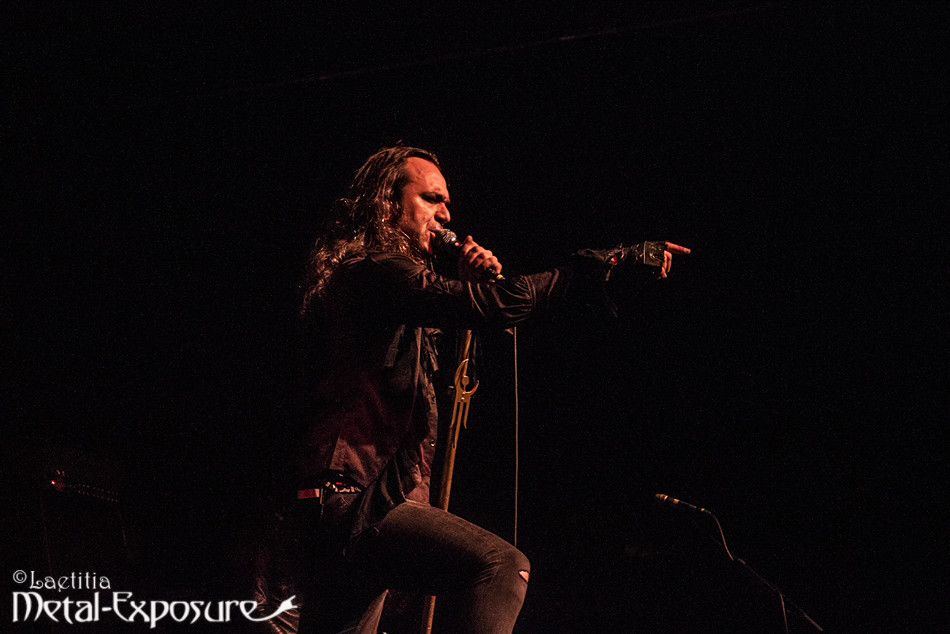 Let’s talk about the new album a bit. Your last album came out in 2012. What was the mind set when you started with Extinct?
“Actually, I just came up to the studio one fine morning and said: let’s make a new album. The guys reacted surprised, but I explained the Extinct thing, the concept behind the album and they got really keen on starting to work on it immediately. So that was the mind set, a story that needed to be told through the means of our music.

We wanted to make a different album, see if we could get away with it. Personally, I’m bored with the scene, I’m bored with bands doing the same albums, I’m bored with the people that sing about pirates and the World War. I’m done with it. So I wanted to make something different, especially inside dark and gothic metal. Everything is very childish and sugary, there is not enough melancholia, darkness and adult pain now that Type O Negative are gone. You only hear people singing about fairies and I don’t like that. So that is a part of the vision of the album as well.”

How did you try to achieve this?
“Through everything. The concept is very dark, we talk about extinction, so enough said. The musicians in Moonspell, they write the music. I write the lyrics and vocal lines, they write the backbone of the songs. They responded by creating something that is a little more redemptive than the lyrics. I really like the contrast. Our new album is catchy, not afraid to be melodic, it’s atmospheric and it’s not a formula for gothic metal where we have a girl singing, a guy growling, silly orchestrations and staccato guitars. We wanted to let people know there is more to this genre than people think. People think that Evanescene is gothic metal. Moonspell was there when Tiamat and Paradise Lost came up with t and his Type O Negative was influenced by them. So it was also the case of having something to say about it.”

When did you realise you had something to say about it, to put into an album?
“I realised it long ago, but obviously the ideas just came up while we worked. When we started writing for this we knew that this would be a special album. It could be a divider, because it’s so melodic. Our latest albums are a little more metallic than goth, but honestly I do not have a fabulous answer. It was a gut feeling and I think, just like love, when you can explain it and make it rational, it is not emotional. I think it is all about emotion and doing things as we go.”

Are you somewhat nervous about playing the new songs?
“I can’t say that I am a nervous person. I like to play and I like to be on stage, as corny as it sounds. Everything else is just stuff that comes and goes, like technical problems. So, when I’m playing live, I’m trying to get rid of all these bad energies and I do. So it’s not being nervous. Sometimes everything is ready and they ask you twenty times: are you ready? And we reply, yes we are ready. That period is not exciting, I just want to go on stage and be there. Actually, it is where I enjoy life the most. There is nobody calling me or asking me to solve something. It’s like a sacred place to be.”

Last question, somewhat different: have you ever had any Spinal Tap moments?
“My life is a Spinal Tap moment. It was more than Spinal Tap. I had a weird thing happening to me in Istanbul, Turkey. We do well in Turkey, but this time we ended up in a shit club. Packed but really strange. A friend of mine, who was the promoter the first time when we toured Turkey in 1998, told me that someone wanted to speak with me. A scientist. I was like: ‘a scientist, alright. In Istanbul, alright.’ A young guy, younger than me (the scientist) came to me and passed me a CSI kit for a DNA swap. So what he wanted, was my DNA. To make me immortal. I told him: no way, because tomorrow the headlines will say: Turkish family slaughtered by a maniac and Portuguese DNA was found. That was a really crazy thing.”