By Laetitia and Tabitha
New Open Air festivals are sprouting like mushrooms all over Europe. Yet Midgardsblot in Norway has a very special touch. The festival will be held in the park of Borre, where the mighty rulers of the Norwegian Vikings lived, feasted, and were laid to rest. Metal-Exposure spoke with main organiser Runa Strindin about how the festival came into being, taking back symbols, Viking women, family and Norwegian prices.

ME: How did you come up with the idea to organize Midgardsblot?
“It’s a long story. It started with the anniversary of the Norwegian constitution. We celebrated to 200th anniversary of the constitution in 2014. I got a call from the Askershus county, they have a constitution building from 1814 at a place called Eidsvoll, where the constitution of Norway was signed. They called me and asked if they could do black metal concert at one of the Viking Grave mounds at this site and then we started to work on that. We had commissioned work with Enslaved and Wardruna. It was one festival day and we did it on the 13th of September last year and it was a huge success.

We noticed that it is about time to do something with hit. Extreme metal has a lot of influence from the Norse mythology and the Viking history. We also saw that we Viking scene in Norway is quite big. So it was a perfect match. Last year, we only did three concerts that day, first Wardruna, then Enslaved and together they performed Skuggsjá the commissioned work. So we decided to do this again, make a big open air festival. The guy who initiated this idea for the 200th anniversary, he was working at the Midgard Historic center in Borre and he asked me to come down there to look at the park and the Grave mounds there. We saw immediately that this was the place to do an open air festival. So the idea grew from there.

The last edition was called Eidsivablot, because it was in Eidsvoll and this time it is called Midgardsblot, because of the name of the historic centre. So the whole area is known as Midgard. We saw immediately that we could do a lot here, with the lectures, the seminars, the guided tours, the beer tastings. We did some of that during Eidsivablot last year and it was a great success, beyond anything that we expected. That is why we are doing a historical program as well. Extreme metal fans are very interested in history and they appreciate that.” 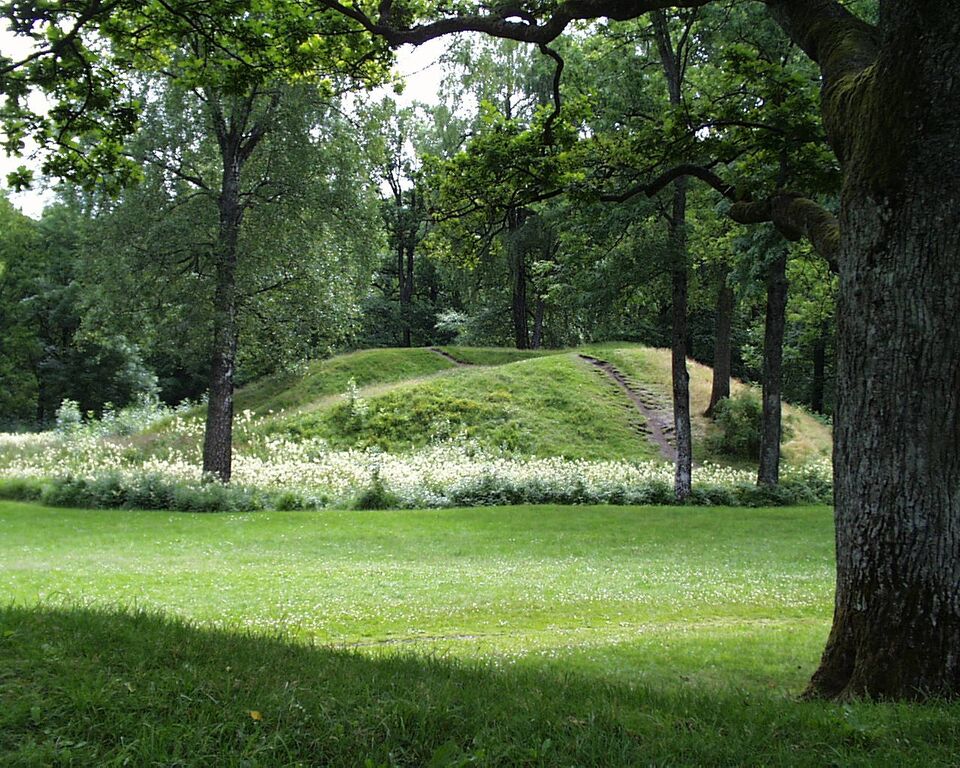 ME: if you organize a festival with such a focus on history and heritage in Germany, some people would affiliate it with politics. How is that in Norway?
“We are not experiencing similar situations as in Germany, because they have a very specific history of course. However, it is one of the goals of this festival to claim back some of the symbols that have been associated with political movements, like the neo nazi’s and nationalists in Norway and use them in the right way. This is because the Norwegian extreme metal bands are experiencing problems because they use Norse symbols, even though the extreme metal scene in Norway is not associated with any political party or movement.”

ME: How did you gain permission to use the hall? Aren’t you afraid that it will get damaged?
“There are already festivals organized at the park and the hall is open for everyone. Lots of people go in and out. We are building the big stage outside of the hall, inside we have special guests coming in at night: Einar (Wardruna) doing the acoustic set, Ivar from Enslaved doing the ambient set and Atilla from Mayhem doing an experimental black metal/ambient set. The hall is protected of course, but we have been working with extreme metal audiences for years and I have never seen anyone damage anything or each other.” 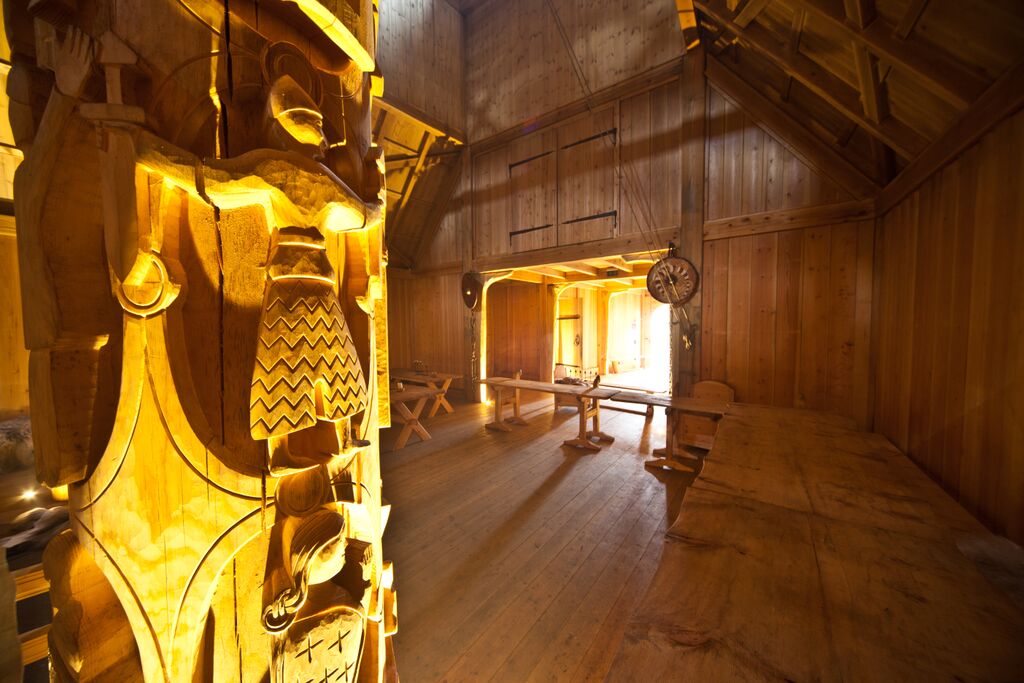 ME: How did you come to this specific line-up, what were the grounds for booking these bands?
“We wanted to book extreme metal from all over the world actually. Also, since this is our first year, we wanted to invite bands from all Viking nations: Denmark, Sweden and Norway. We also wanted to have some of the leading artists of Norwegian extreme metal. We are also lucky to have black metal from Iran and extreme metal from Algeria. The Vikings were influenced by so many cultures, so we tried to program the festival by thinking like Vikings. We also wanted to do something that you can’t see anywhere else and those are the special guests, the acoustic sets inside the hall.”

ME: You mentioned thinking like Vikings. We noticed that a large part of the Midgardsblot organisation is female. How is it to deal with such a masculine period in history?
“It is very coincidental actually. We joke about it a lot. We all grew up with extreme metal and I think the Viking women were very powerful and they had lots of rights. I’m not an expert on this, but Viking women had a big influence in their society. The men were warriors, but the women played a big part as well. So we can relate to that. You can put it like this: the bands are the warriors. The women are taking care of everything around it.”

ME: On what part of the program (or artist) are you most proud to have booked?
“All of it. We have been working very hard to put this mix together. I must say that when Ihsahn said yes, I thought wow, he really wants to come and play, but we have that feeling with everyone coming. Every band has their own purpose. All the bands together make a program that we are very, very proud of. I think we have accomplished the kind of program that we wanted to put together. Folk bands, more black metal bands, but also including a children’s/family program: guided tours, a Viking playground, a Viking village. The festival is open for all ages.”

ME: You don’t see the family aspect on metal festivals a lot. What was the reason to include that?
“A lot of the people I work with, myself included are parents and we still want to go to the festivals. The Vikings travelled with their children from festival to festival all year. Being a mother myself, I don’t see any conflict in bringing my children going to a festival. Of course you can’t party all night and stuff like that, but you can still experience the concerts. I also want my children to experience this. I think it’s very important for children to come and see something that is very different from what they see on their Ipads or Netflix. To experience something, to learn something. Also to experience genuine Norwegian culture, to function as a sort of border to all the American culture. I mean, American culture is great, but they need some Norwegian as well. I think children coming in and experiencing Viking life, the concerts, I think it’s very important, also to give the next generation an alternative to what they have on Facebook and whatever.” 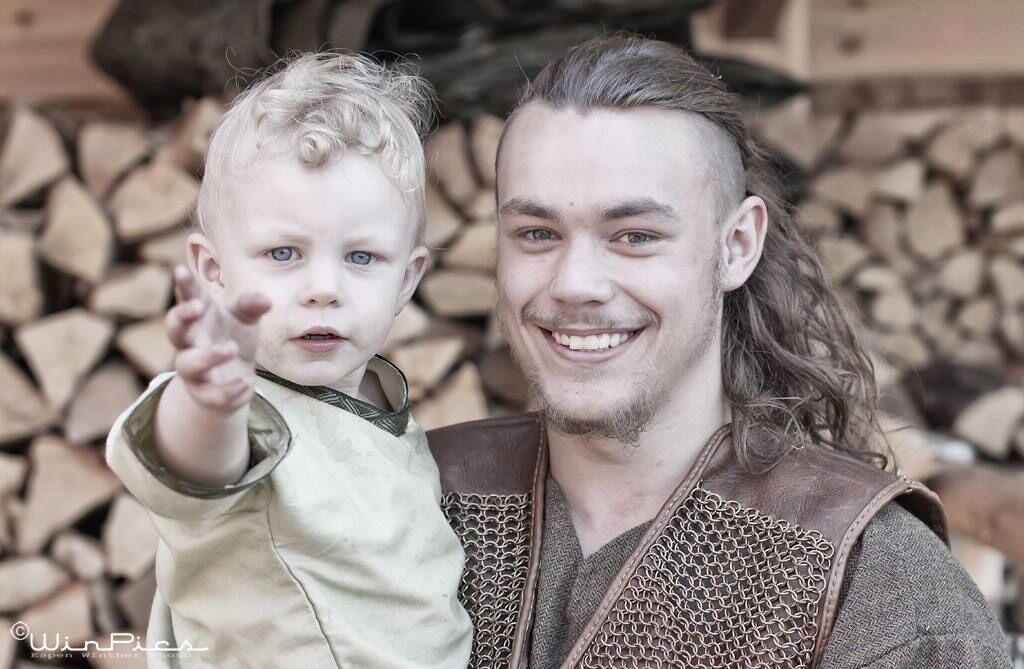 ME: How many people from foreign countries are you expecting (and from which countries?)
“I haven’t counted yet. People are coming from all over the world: Spain, Italy, France, Germany, all of Scandinavia, there is someone coming from Brasil, Mexico, There are some people coming from Canada and the States of course. I’m very excited that there are so many foreign visitors coming, especially for a first year. We appreciate that. I think if I give you a percentage now, ten-fifteen percent.”

ME: Our final question, Norwegian is known to be expensive. What kind of prices can the people expect for food and drinks?
“It’s not actually decided yet, but we have to accommodate that people eat and drink well. We have drinks for friendly prices in the main bars. Then again, we are doing a beer tasting, with very high-end beers. This is not included, you have to buy the beers of course. There is a supermarket nearby the festival area, so if you want to go outside and do a pick nick at the park (surrounding the festival), that is possible as well. It’s not that expensive though, it is possible to have a complete festival experience on a budget.”