Interview by Laetitia
As an e-zine crew we have become professional festival attendees. Everyone has their favourite: from Party San to Wacken Open Air, but what we encountered in Horten, Norway last year during the Midgardsblot festival, was quite a different and extraordinary experience altogether. Organiser Runa Luna calls it ‘the magic of Midgardsblot’, but what is this magic exactly and what will this year’s edition look like? Read on and find out! 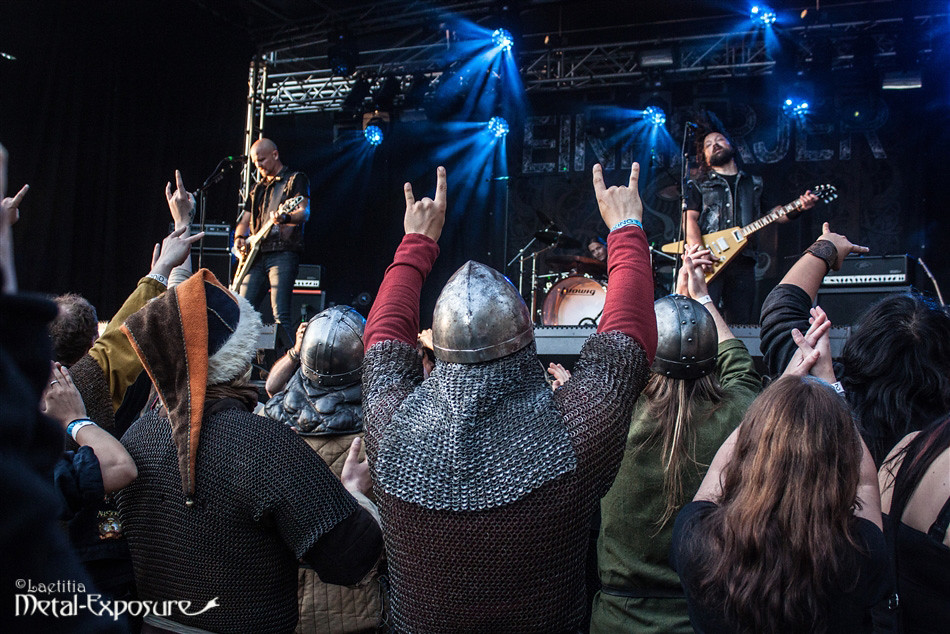 2015 marked the first edition of Midgardsblot. For us as visitors it was an amazing experience, but how do you look back on it as the organizer?
“Thank you. It’s nice to hear that! For us it was amazing. We didn’t really know how the festival would turn out. Those three days were just magical. It was beyond any expectation. Everything just worked and there were some very special moments there. We saw that the festival has a very special atmosphere, a magical experience I would say. There were great bands and people coming from all over the world. I think everyone on the festival area was like ‘Midgardsblot high’. We would have liked more visitors last year (there were about 700) but now the ticket sales have already tripled. The word of the magical Midgardsblot has spread.”

Will the set up of the festival area change with more people coming?
“No, it will be pretty much the same. We are probably putting in some more bars, food stalls and toilets of course. The camping area will be bigger, since about 300 people will be staying there.”

Were there some mistakes that you noticed yourself?
“No not really, everything went perfect. No accidents, nothing. Everything went smooth.”

As visitors we noticed that some improvements could be made regarding to the food and the showers.
“Yeah, we needed to arrange better facilities for the people camping, and more and better food stalls. We are planning on doing our own catering this year with three chefs working for us. It means we will have control over the food. We have been changing stuff like that, because it needed some improvement.”

I checked the website, but didn’t see any lectures confirmed yet. Will they be held again?
“We are currently programming it. We have the movie “Trace,” in the genuine Norse language – how they spoke in the Viking age. We also have a lecture on the construction on Norwegian Identity in Metal Music, from a German researcher. It’s a very interesting theme. We’ll have a panel debate around that topic. Einar Selvik will also give a workshop about how he works with the runes and how he makes the lyrics for Wardruna and so on. Of course there are also the guided tours around the area. We learned that spreading so many lectures over so many days didn’t really work so it needed to be cut down a bit.”

The amount of lectures were good, it’s just that when it overlaps with other parts of the program, you need to choose.
“Yeah, this will also happen this year, but we will try to do the same lecture on Friday and Saturday, so you won’t have to miss it. We are trying to tighten it a bit. Last year we had a full festival program from Thursday to Saturday. This year we will have the opening of the Gildehallen on Thursday, with a real Blot ceremony, the folk bands and a big after party. The rest of the bands are playing on Friday and Saturday.”

I noticed some new elements on the program. A concert photography workshop and a tattoo convention. How did these came about?
“The tattoo convention is set up with — one of Norway’s leading tattoo artist who employs the old way of tattooing. He approached us, he is an old friend of way back, and asked if we thought about doing tattooing during the festival. Many people were asking about it on our Facebook, so we told him to come and book three or four or his best friends. They are fully booked already. So perhaps next year we can expand on it, or maybe we’ll keep it small and exclusive, we don’t know.”

“The photography workshop is also organised with an old friend of ours, Per Ole Hagen. We did a workshop together during the Inferno festival and he did it during several other festivals in Norway. He’s a really good lecturer and quite known in Norway. He has a long history of music related studies and worked for the national broadcasting system for many years, so we are really glad to have him on our team this year. All the people in the work shop meet, they go out to do photography and they meet the day after to analyze the photo’s and pick out the best ones, discuss how they can improve and so on. It’s a three day long workshop.”

Last year we participated in the beer tasting which was really good because we made some friends straight away. Will it be in the program this year?
“It will be. We are working on it now. There are just so many details. We are trying to put everything together and set up the times so we can announce it in the next week, or the week after. Everything will be ready: the lectures, beer tastings, hopefully we’ll get a guitar clinic as well. Also, the Viking village will be bigger this year: more Vikings, more merchants, more stands. We will also do the saga storytelling, the Viking games, the playground, all of it in the Viking camp.”

During our interview last year, you told us the festival also has a focus on family. Is that still the goal for you?
“Yeah, we want to have room for all ages. The family day is actually on Saturday, during the day time. We are setting up a big tent where the kids can learn about Yggdrasil, make the norn threads and put them in the trees, they can learn about the runes, make their own runes tones and stuff like that. ”

The festival is gaining more of attention from people from other countries. What are your thoughts on this?
“It’s pretty amazing. All the people outside of Norway have understood how rich of a Viking culture we have. Norwegians don’t understand it, but people abroad do and they want to come to Norway and experience Viking life. I think we are more of a cultural festival than a genuine metal festival. We have the bands of course, but also the activities around it. I think that coming from the music industry, we are focusing on the promotion, ticket sales and that is very important for us. Maybe it is more important for us then for museums and other institutions who deal with the Viking history in Norway. Also, we reach out to the international community, which the other institutions do not do at all. As a result many of those museums and Viking related institutions are using Midgardsblot as a platform to push themselves. We are very open to that: we want as many people as possible to get the Viking history out and make Norway the centre of Viking history. That is our mission as well. You know, 40 percent of our passes are sold abroad, which is quite a high number.”

Do you know in which countries they were bought?
“Almost 20 percent of them are sold in the States and in Canada. So there are a lot of Americans coming and also people from France, Germany, England. Not so much from Sweden and Denmark. I think they are in the same situation as the Norwegian: we take the Viking history for granted. Foreigners want to experience the genuine Viking culture, so they come to Scandinavia to do that. I think we are so out there, doing much promotional work, so it’s easy for them to find us. Also, metalheads around the world are very interested in history and Vikings, so that may be the main reason. The Vikings TV show is also a big hit and Wardruna are featured in it and they are headlining at Midgardsblot, so I think that also draws a lot of people from abroad.” 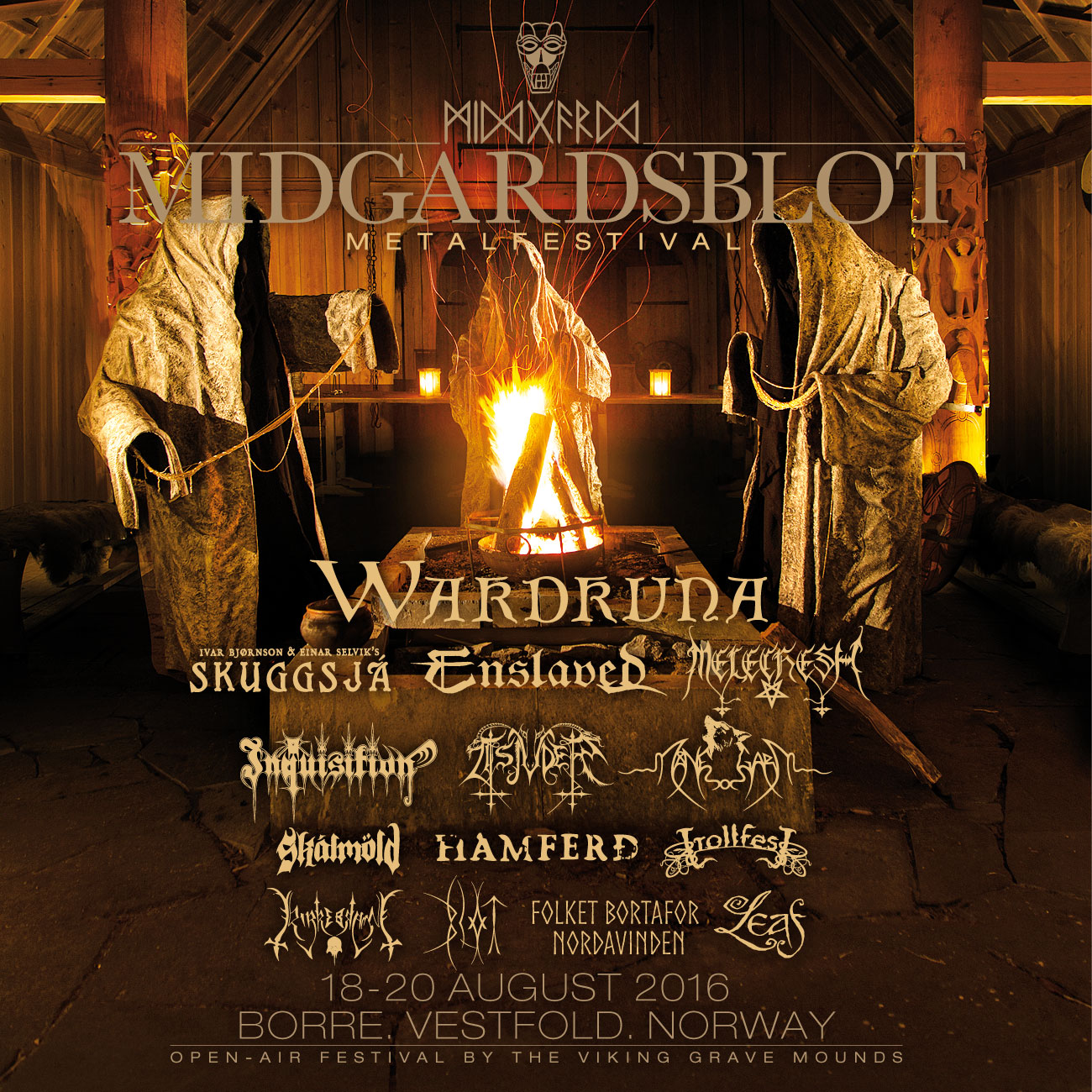 Last year you “booked the bands by thinking like Vikings ”..
“Yeah and we still do! We want to have metal from all over, especially from the bands who put something of their own culture in the music. If you see the bands booked for this year, except for maybe the real black metal bands, all of the other groups have some element of their own culture: like the lyrics or the music. So that is the common ground, the thing we look for when we book the bands.”

Is the current line-up final, or are there more bands to be added?
“There will be two more bands added, the Gildehallen concerts. We might also announce that in the next couple of weeks. We call it the midnight concert in the Gildehallen. These are 30 minute concerts, after the main shows in the hall. Maybe not acoustic but more intimate concerts.” 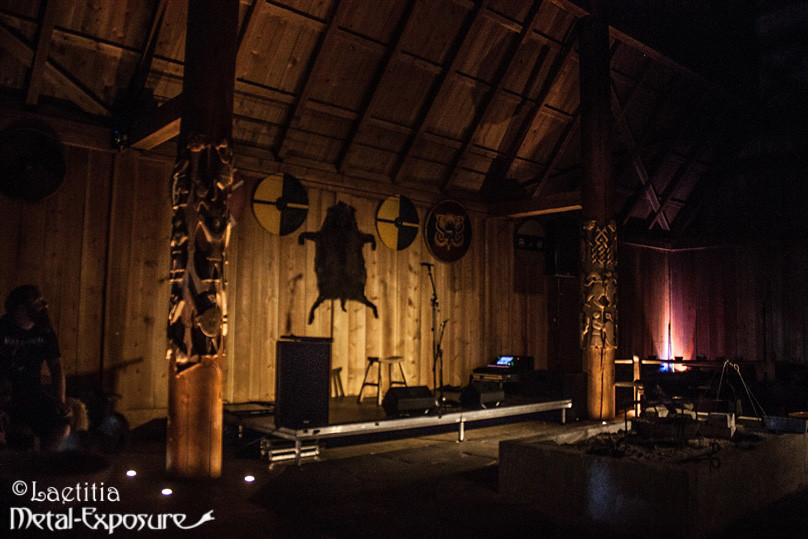 Do you have any words to people who are considering coming to Midgardsblot 2016?
“I can promise everyone that when you come to Midgardsblot, you’ll get an experience that you will get nowhere else. It is something that I feel can help you develop: you get lots of new knowledge, you learn a lot about history but also that you get your energy filled up again. It is a festival that gives you a boost in spirit. The energy is special and it lifts you up in a way. Another great aspect is that you meet many great people there, that are into history, into metal, into food and beer and culture. It’s not just a festival with beers, party, bands and camping, it’s a mix of everything that is good in life.

Oh and one more thing: we will probably sell out the festival passes. So if people want those tickets – you only get in on Thursday if you have a festival pass – and stay the entire festival, they need to hurry up, as there are a couple of hundred left. There will be day tickets available for Friday and Saturday.”

You can find tickets and more information for the festival here ! 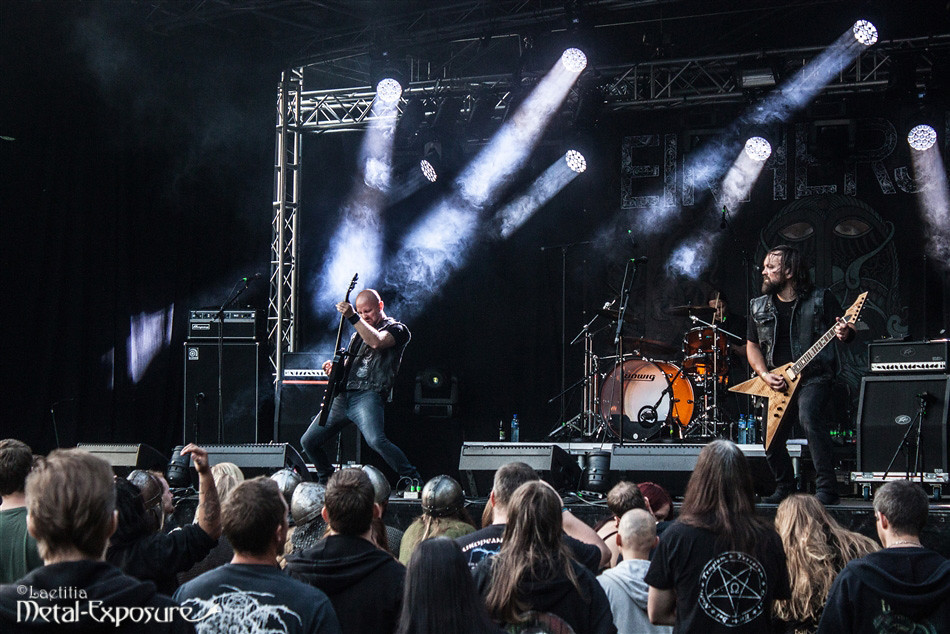