March 22, 2015 – Bassist Jukka Koskinen and guitarist Teemu Mäntysaari – We had a chance to speak to two members of Wintersun in Tilburg The Netherlands during the Paganfest XL tour. Even though Teemu had to give a guitar lesson, we are glad that they found the time to speak to us. 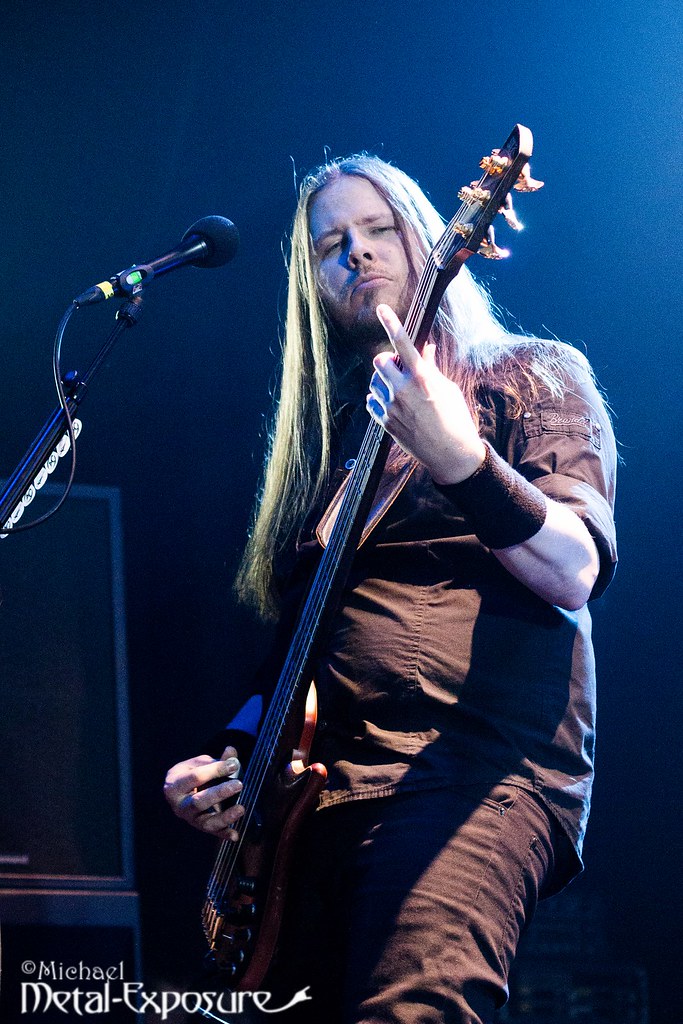 By Michael Brookhuis
Michael (M) – So, how is the tour going?
Teemu (T) – Well so far. This is the fourth show now and we have a couple of new things in the set. We haven’t been touring like this, in a real tour, in a while so it’s nice to be back in the touring world.
Jukka (J) – We have a lot more shows. It is going absolutely great.

M – Do you see familiar faces in the crowd during different shows?
(J) – Yeah, we have some people who travel around. But I think the shows have been really great. It is like a fresh start, especially since we finally are able play shows with Timo on drums. Everybody has been doing a nice job and the first show was really exciting with the new line up. But I think we played great and we’re kicking butts.

M – Talking about Timo as the drummer. How did the rehearsals go?
J – They went nicely. We had to set up new gear, had intensive rehearsals. The days were long and we didn’t have that many days. I only have positive things to say about that, nothing negative.
T – The only thing is that we don’t have our own rehearsal space. So we always have to rent a studio or rehearsal room. That means that setting things up already takes half a day. We always try to take a few days, but it always ends up in rehearsing eight to ten hours a day.
J – We actually always rehearsed that way. When we have a show or tour coming, we usually rehearse two or three days before. In this case Teemu for example rehearsed two times, two long days.
M – And do you feel like the shows are improving during the tour?
J – Definitely, I think every musician can say that. The more you play, the better it becomes.
T – You get more routine in the things you do, everybody starts to loosen up so you can concentrate on other things than just how the show goes. You get to fool around and have more fun.

M – Do you have any plans after this tour?
J – We are going to have a few summer festivals.
T – There are four festivals booked. One is in Norway named Karmoygeddon, Out and Loud in Germany, Sabaton Open Air in Sweden and another one which has not been announced yet. After that we are going to concentrate on preparing the crowdfunding. We will see how the crowdfunding goes.
J – We actually kind of started the crowdfunding. Everybody has seen it in the social media. There is a lot of stuff happening there, but I think it’s good that we are opening up and we feel that this is the most honest way to do this.
M – And a lot of bands do crowdfundings these days any way. I feel like it’s a great way for fans to commit to the band directly.
J – Those are our thoughts exactly.

M – For the summer festivals, I believe this will be your first time performing in Norway and Sweden?
T – We are very excited about it. During the years we have had a lot of messages asking “why don’t you come to your neighbouring countries”. Usually the tours aren’t really logically logistically planned. 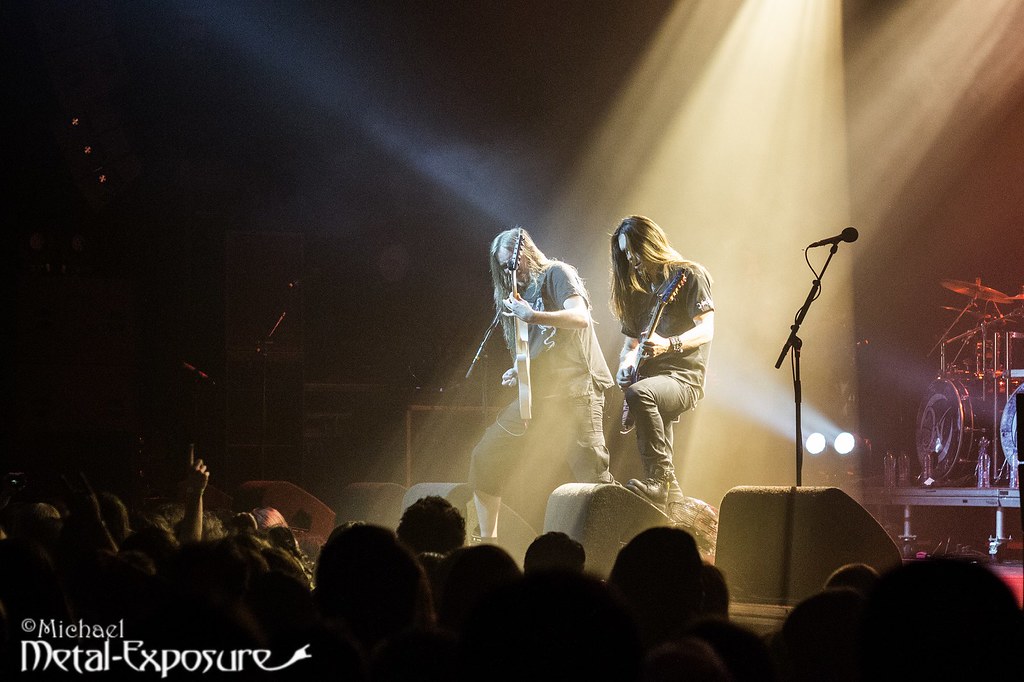 M – Going back to January this year, 70.000 Tons of Metal. How did you experience that?
J – Amazing. I almost drowned.

M – How did that happen?
J – When we arrrived in Ocho Rios, Jamaica, we went diving with dolphins. We had these helmets on our shoulders with the oxygen hose coming from the shore. There we were, walking on the bottom of the ocean and suddenly the hose got loose. I tried to grab it, but couldn’t. The divers didn’t notice, since I was one of the last one in the cue. So I was there thinking what the hell I should do. Finally they noticed me panicking and they put the hose back on. That was quite an interesting moment. Teemu had his goPro with him and was filming the whole time. The divers had it too, so the whole thing is on video.
T – That has to be the bonus material.
J – It’s going to be like: “Jukka’s last days?” But otherwise the cruise was amazing.
T – It was a really nice surprise. We had been talking with the promotor for a long time, but also heard nothing back for a long time. Just four days before flying we got a messages stating: “Do you want to do it?” We had to make a few phone calls and figure it out, but luckaly it was possible. Kai was able to jump in. He had just been in Helsinki with Nightwish and just got back home.
J – I think it is a really nice concept with every band playing two sets. You get to see two sets and maybe the sets will be different. The only negative thing about the cruise was that they cancelled the Ice Hockey Tournament. I was really looking forward to that. If we are asked, we would love to be there again. 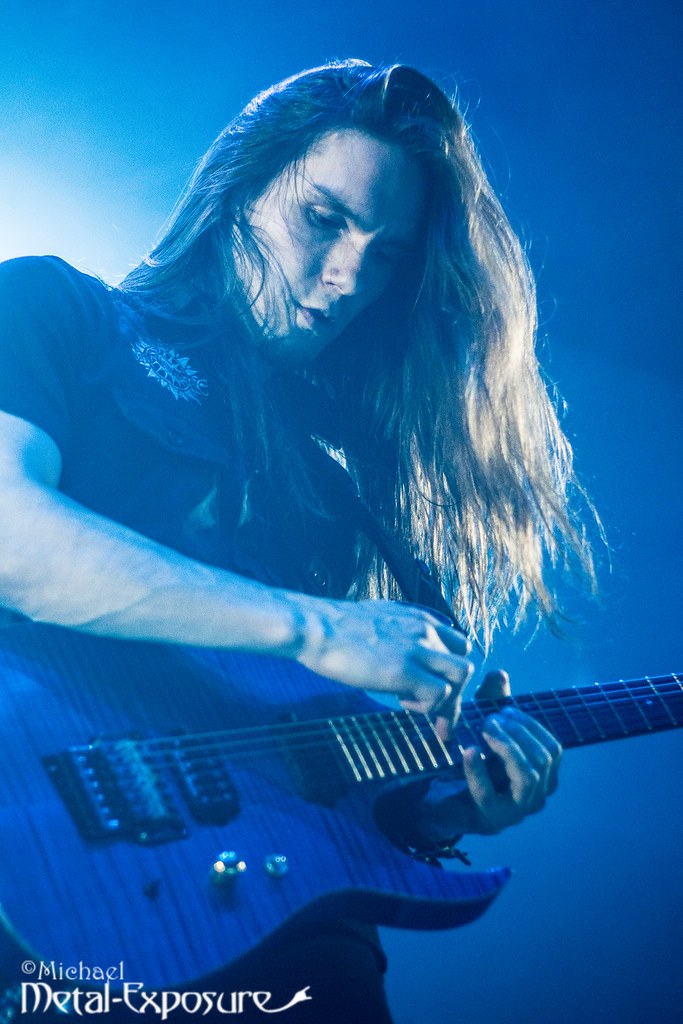 M – You said that Kai has been busy with Nightwish. Does that interfere with the plans for Wintersun?
J – No, we have agreed on everything. Kai has an agreement with Nightwish and he will be involved for some time. He has this deal and we will continue to do our thing with Wintersun. And now that Timo is with us, everything works out perfectly in the line up. Kai is in as always and who knows what will happen in the future. This is how it is at the moment.

M – You already said something about the crowdfunding after the tour. What can you tell us about it?
T – We don’t want to give away any specific details just yet. But we have a lot of cool stuff prepared for the fans. The timeframe is still a little bit open, but we want to do it around the fall. It also depends on how we get everything done, because we have quite a few special things that will take some time to prepare. Like Jukka said before, we have already been planning this for a while, but some ideas take a bit more to plan. We want to make it as good as possible.
J – The content we want to offer is going to be very extensive.

M – Leading into that, a lot of bands prepare special items for their fans, like special merch or instruments. Is anything like that in the workings?
T – Yes, but we don’t want to spoil too much about that. In our original plan we had around thirty different items which we wanted to offer. Now we are thinking that we need to cut some of that out to offer some really unique stuff.
J – We are thinking that there will be some single items, some packages, things like that.
T – Plus, we want to make it personal, maybe something interactive for the fans.
J – The few crowdfunding campaigns that I have seen were good, but I think that we can say that ours will be bigger. Maybe we can talk a bit more about that closer to the start of the crowdfunding.

And with that our time was up and we needed to head back to the shows to get some pictures. Once we know more, you will read all about it here on Metal-Exposure!