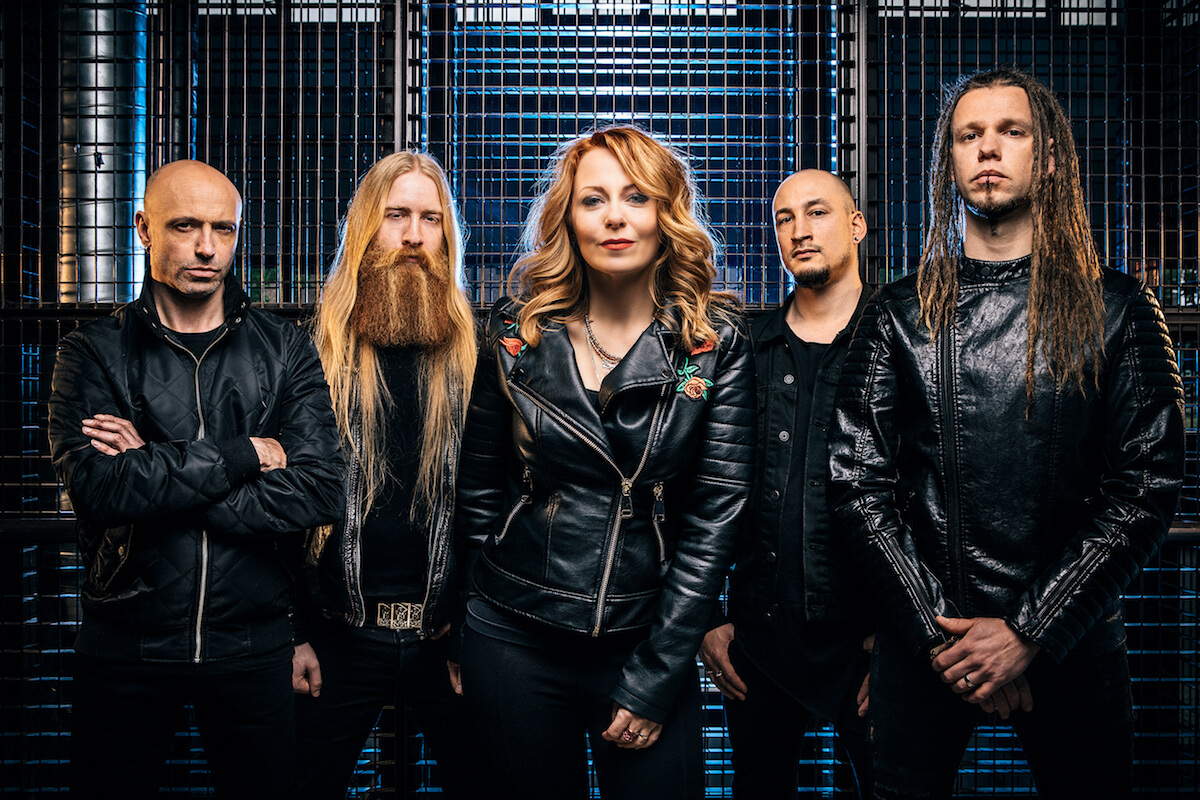 Interview VUUR – Anneke van Giersbergen: ‘Making this heavy, prog record had to be now or never’.

Anneke van Giersbergen’s new metal band VUUR is about to launch its debut record In This Moment We Are Free – Cities. We spoke with Anneke about the start of the band, the first shows, the theme Cities and her must-bring item when it comes to traveling.

The release of VUUR‘s debut album ‘In This Moment We Are Free – Cities’ is only days away. How are you feeling?
‘Quite well. There is a lot of anticipation and people have expectations, they are very curious. I’m happy with that. When I write an album, I’m not focusing on what fans or the record company wants, everyone has an opinion. I try to make it as honest and good as possible. And then you have to let it go: everything is ready, the recordings are done, the printing is done, the press is going on, but the album hasn’t been released yet, people haven’t been able to give their feedback yet, you’re not performing yet. It is a difficult period for me, but I have a good feeling about it.’

You’ve played a couple of shows already: the try-out show in Neushoorn (NL) and a couple of festivals like Tuska Open Air in Helsinki. How did the fans respond?
‘Yes, we’ve performed at a couple of festivals, including Dynamo Metal Fest and abroad. The gig in Neushoorn was a try-out show which was mainly visited by our fans, so they were already going in with a positive feeling. Still, we had many new songs and we were curious to see how people would react. At a festival however, the audience checks out new bands. It is an open area, they can walk away if they don’t the music, and we had little time to prepare as we just came out of the studio. So it was a bit scary for me. Thankfully everything went well. The songs are quite long and new, so people have to ready for it. You lack the atmosphere of a good light show or a heavy backing track or fireworks. We just had to go on stage and play. It felt like a bit of a risk, but the response was very positive. I also think it’s because the music is pure, which is exactly what I wanted.’ 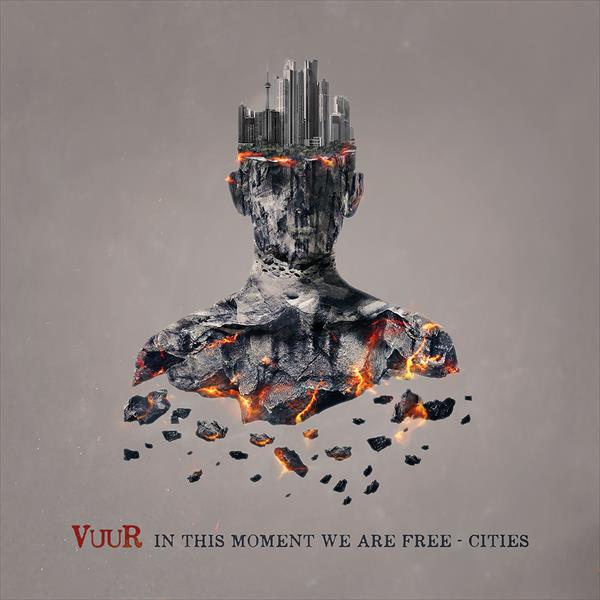 How did you gather around the musicians that now make up VUUR?
‘Most of us played together in The Gentle Storm already: Ed Warby (drummer), Johan van Stratum (bass player), Ferry Duijsens (guitarist)’. I started The Gentle Storm with Arjen Lucassen (Ayreon) and he doesn’t tour. The record (The Diary) did better than we expected and I really wanted to tour with that album. So we quickly gathered around a group of musicians and I realized: holy shit, I have a huge, kick ass metal band right here. Half way through this tour I knew that Arjen would go on working on the next Ayreon and I would make a solo record. I wanted to make a heavy album for some time now and I thought: if I will ever do this, it will be with these people. Producer Joost van den Broek played the keys in The Gentle Storm, but he isn’t much of a tour beast and he wanted to get back in the studio. I asked him if he wanted to produce my solo album. He said yes and the band said yes when I asked them if they wanted to record it with me. So all of the sudden I had these people around me. Secretly, after working on various projects for 10 years with so many people, I had the feeling that making this heavy, prog metal record had to be now or never.’

Basically, the starting point was a solo record and it grew into VUUR.
‘Yes. The record still is a solo album, but I did give it a band name. I’ve done so many things in my career and worked with so many people, that I sometimes lose oversight. So I figured to give this band a name and it would be my outlet for heavy music, which I can continue with the same people hopefully. Everything else, the acoustic shows and theater performances and so on, will be under the banner of Anneke van Giersbergen, which makes it a lot clearer. I needed that. I was physically tired of everything all at once. So I decided to divide the heavy and the other, calmer stuff. I took a year off to start VUUR and to write the songs, because it had to kick ass.’

So you wrote all the songs yourself.
‘Yes. I wrote all the songs together with Joost (van den Broek). But we did get some help from other musicians in the metal scene, like Marc Holcomb (Periphery), Esa Holopainen (Amorphis) and Daniel Cardoso (Anathema)’ and our two guitarists contributed a song. I asked if they had a song or a riff to contribute to the record and they did. Me and Joost would ‘finish’ these songs.’

The songs on the album are structured around several cities. I’m curious about the selection of these cities.
‘These are all cities that I’ve visited and they are cities you often return to when you are on tour. I’ve been touring for a long time and each time you come back to a certain place, you remember how it feels to be there. You remember how the people are, or perhaps that you feel uncomfortable or that you feel right at home. I love traveling, from sitting on an airplane to visiting places I’ve been many times already, so that is a constant source of inspiration for me. I write a lot on airplanes and in hotel rooms actually. For a long time I had this thought of writing something about these places that I’ve been to. With this band and this heavy sound, it all came together. If I wanted to do something with such a theme, it had to be with metal. You can make such epic music with progressive metal, you write poetic lyrics, you can write long tracks, you can make it sound bombastic and overwhelming, which fitted perfectly with these massive cities.’

Did you look solely at your experiences or also at history? For example, on ‘Beirut – The Martyr and the Saint’, you have a line about Crusaders.
‘Both I think. I do write about what I experience when I am in a certain place. When you arrive in a city like Istanbul, it feels very magical and beautiful, aside from the fact that it is a huge city that is difficult to live in. In that moment I see Istanbul as a man, a character or as an entity with an Arabian sword coming to the rescue, which is very poetic. When it comes to a city like London, I chose a real event, the great fire to write about. I asked myself how that must have been and how the people must have felt, so you dive into that history. The lyrics are written as if I am the fire, scaring people. However, the songs are never a history lesson.’

As for the Dutch city, why Rotterdam?
‘I really like Rotterdam. Of course Amsterdam is great, we even have a song about it with The Gentle Storm. I didn’t really want to pick the capital city everywhere. I also wanted an American city and the obvious choice would be New York, but there are a million songs about The Big Apple and I don’t want it to become a cliche. Something similar applies for Rotterdam. I like the city now, even though in the past I didn’t so much. It’s a city with a heavy character, perhaps also because of the big harbor, but Rotterdam started to grow on me. There is so much art and culture now and the people are honest. The city has been destroyed completely in the second World War. We actually have two songs about the Second World War, Rotterdam and Berlin. The song about Berlin deals with a time just after the war and Rotterdam deals with the period just before the war. The lyrics are written from the point of view of the city, that feels like something bad is about to happen. The song fits the city: it’s a bit dark and gloomy but also beautiful. I try to bring such extremes together and emphasize the duality in all of the songs and also in life. The same goes for the music: you have heavy, almost masculine music, which you combine with beautiful lyrics and vocals.’

Asking an artist to choose a favorite song is a crime, but is there a song that really stands out for you and why?
‘There are two or three vibes on the album. You have a very epic atmosphere, on Paris and Rio for example, these two are very elegant. A heavy song like Rotterdam is also one of my favorites, or Berlin, which is more sophisticated but also very heavy. I love to play these types of song live.’

Yeah, it might be hard to point out the crowd pleaser now, since not everything has been played live yet.
‘Exactly. When we played these songs for people who hadn’t heard a single note yet, we noticed that a song like Helsinki, with orchestration and a catchy refrain, immediately grabbed people. I think a song like Berlin, lasting 7 minutes, is a song that you need to listen to with attention before you really discover what you like about it. There is so much coming at you on this track. I think the crowd pleaser will also change,the audience might have a different favorite later on.’

You will start touring in November. Will you play all of the VUUR songs or will there be other material as well?
‘In November we’ll tour with Epica, so we won’t play a full set. We’ll play a lot of VUUR songs and we’ll combine that with material of Devin (Townsend), The Gentle Storm and The Gathering. On the 10th of December we’ll play a headline show in Utrecht, which will be the only Dutch date for 2017, with Scar Symmetry and our guitarist Jord’s second band My Propane.’ 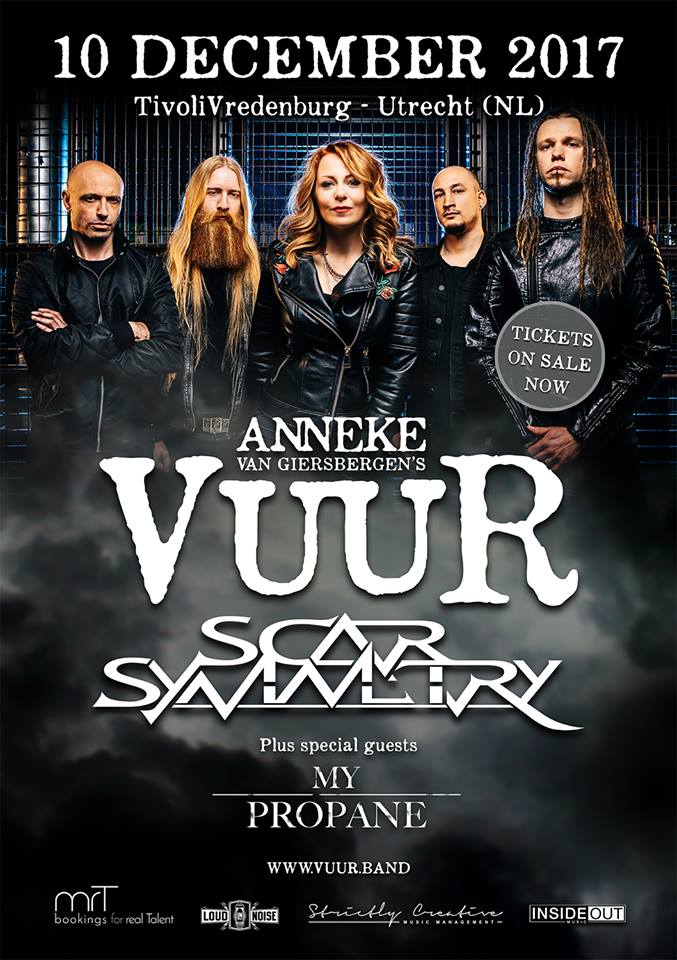 Last question: you are on the road a lot. Which item is a ‘must bring’ for you? You cannot pick your phone.
‘Oh I like this question. I’m always thinking about how to travel most efficiently. As a woman, you need to bring more clothes, so I’m always stuffing everything in a small suitcase. It’s going to sound really girly, but make-up is important. Other than that, I don’t think I really have a relic with me. Wait, I do have a couple of drawings from my son in my make-up bag. When he was younger, he went with us on tour and he’d make a little drawing with: good luck mom, which he would leave in the dressing room. I’ve kept all of them and they are in the make-up/toiletry bag, so each time I get it out, I will see them. I really love it to have those with me.’

‘In This Moment We Are Free – Cities’ will be out on October 20th. VUUR will play in Tivoli Vredenburg in Utrecht on the 10th of December, 2017.