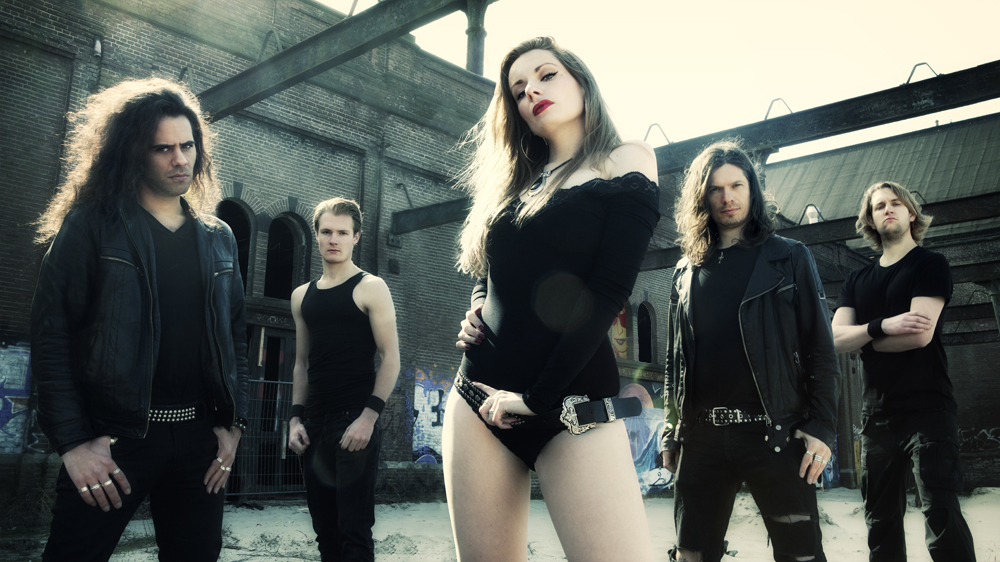 In September, the first edition of femME metal fest will be held in Eindhoven (NL). This event shows and celebrates that being a woman in a music genre that was formerly dominated by males is no longer out of the ordinary. One of the bands that will play on this event is the Dutch group theNAME. Metal-Exposure interviewed vocalist Hadassa Kosten about her background, becoming a metal chick and the bands first tour experience.

By Laetitia
Hadassa’s journey into metal wasn’t a regular one. “I’m a bit ashamed to say this now, but I used to sing in musicals and I wanted to do that professionally. When I noticed that I always liked the loudest songs best, I realised that I needed a band instead of a musical to really enjoy singing.” At home, her brother would listen to Iron Maiden and Queen and he would sing along to it. “I always have the feeling that I found out about rock and metal quite late, but the funny thing is, that it was there since my childhood. I just couldn’t connect to the music back then,” she admits while laughing. “Only because I was still young and annoyed by the loud singing of my brother.”

The first band that Hadassa joined was a stoner rock band. “After half a year, I was done with a band that was always getting stoned and drunk. I wanted to join a more ambitious band. I realised that performing with a band was the thing that made me happy.” Fate agreed with her and Hadassa ran into the band members of theNAME one day. “I was waiting for my stoner band and the guys from theNAME came up to me and asked me if I could sing. I said yes and they asked me to come in for an audition.”

Metal chick
The vocalist did not intensively start listening to metal before she joined theNAME. “I didn’t know what to think about metal. I was surrounded by rockers and most of them looked down on metal heads. They influenced me with the idea that rock comes from the heart and metal is more technical. However, I started listening to theNAME and I enjoyed the combination between heavy riffs and catchy vocals. I could feel the emotion in the music and it didn’t sound just technical to me at all.”

Still, Hadassa had some doubts. “It sounds stupid now, but I needed to take a step. I listened to Led Zeppelin and Blondie for instance, so I wondered: am I really a metal chick? Do the guys of the band see that in me? I remember that one of my friends laughed about the idea and said that ‘I am not that dark, bat-like person’. Our guitarist Silas persuaded me to give it a try. Soon after that, everything fell into place. It felt like I finally found out who I really was and I could finally make the kind of music that suited me.” 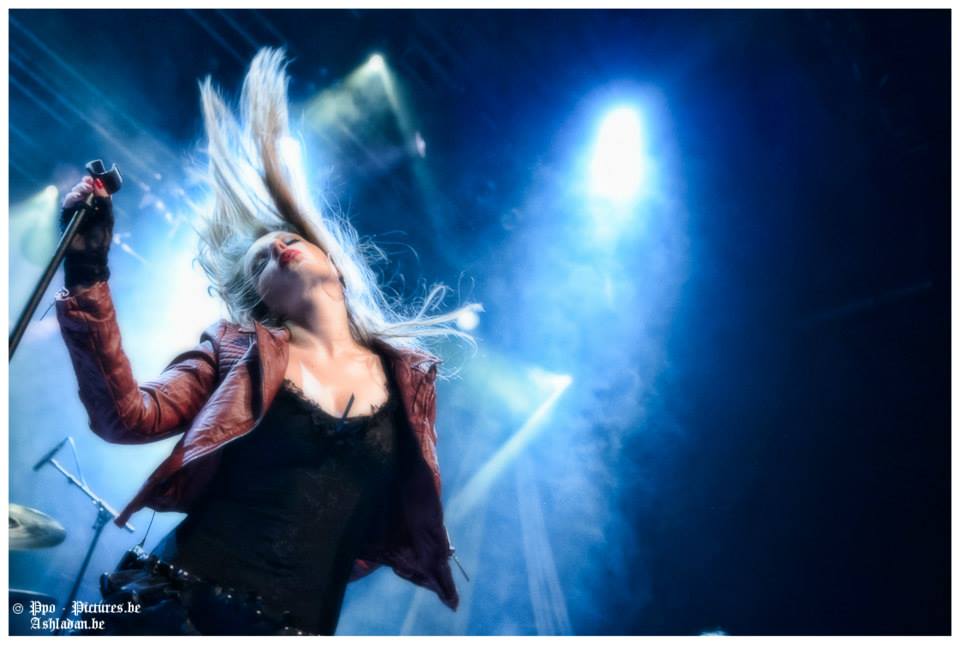 Camper
By now, Hadassa has found her place in the metal scene and the band. It is the goal of theNAME to climb as high as they can. “I wish that one day we can live of our music. That life would suit me very well. I love touring, performing in all kind of places, meeting new people and I enjoy getting dressed up for shows.”

theNAME’s had their first real tour experience with Tarja Turnunen in May. “We toured in a camper,” says Hadassa about the trip. “The first show was in Sweden, the day after our show in de Melkweg (NL), with Stream of Passion. If we wanted to make the sound check in time, we had to drive all night. So we did. That was pretty intense. Some of us didn’t get any sleep, but we still rocked the first show with Tarja.”

Throat infection
Not everything went smoothly on that first tour. “Before we left, my father passed away. I was very sad and it affected my voice. I ended up with a throat infection and I couldn’t give 100 percent vocally.” A positive thing is that the singer learnt that she can have more confidence in herself as a vocalist. Hadassa found out that she didn’t have to push herself as hard as she normally would, to sound good.

However, because of all the bad luck, Hadassa hopes to be able to do such a tour again soon. “We fight very hard for theNAME. I would have loved to feel strong and to radiate while doing our first tour. I feel like I need my ‘revenge’ tour to really show the world what I can do and to totally enjoy it.”

At the moment, theNAME is busy behind the scenes with the preparations for the next season. “We are looking for a booker, in the meanwhile trying to get new shows ourselves.” However, the femME metal fest is something that Hadassa looks forward to. theNAME will perform with Izegrim, Asrai and MaYan and designer and stylist Ingeborg Steenhorst organizes a fashion show during that event. “She has been making outfits for the ladies that will play that day and we’ll walk in the fashion show together. I never joined a fashion show before, but I think it will be great! Hope to see you there!”