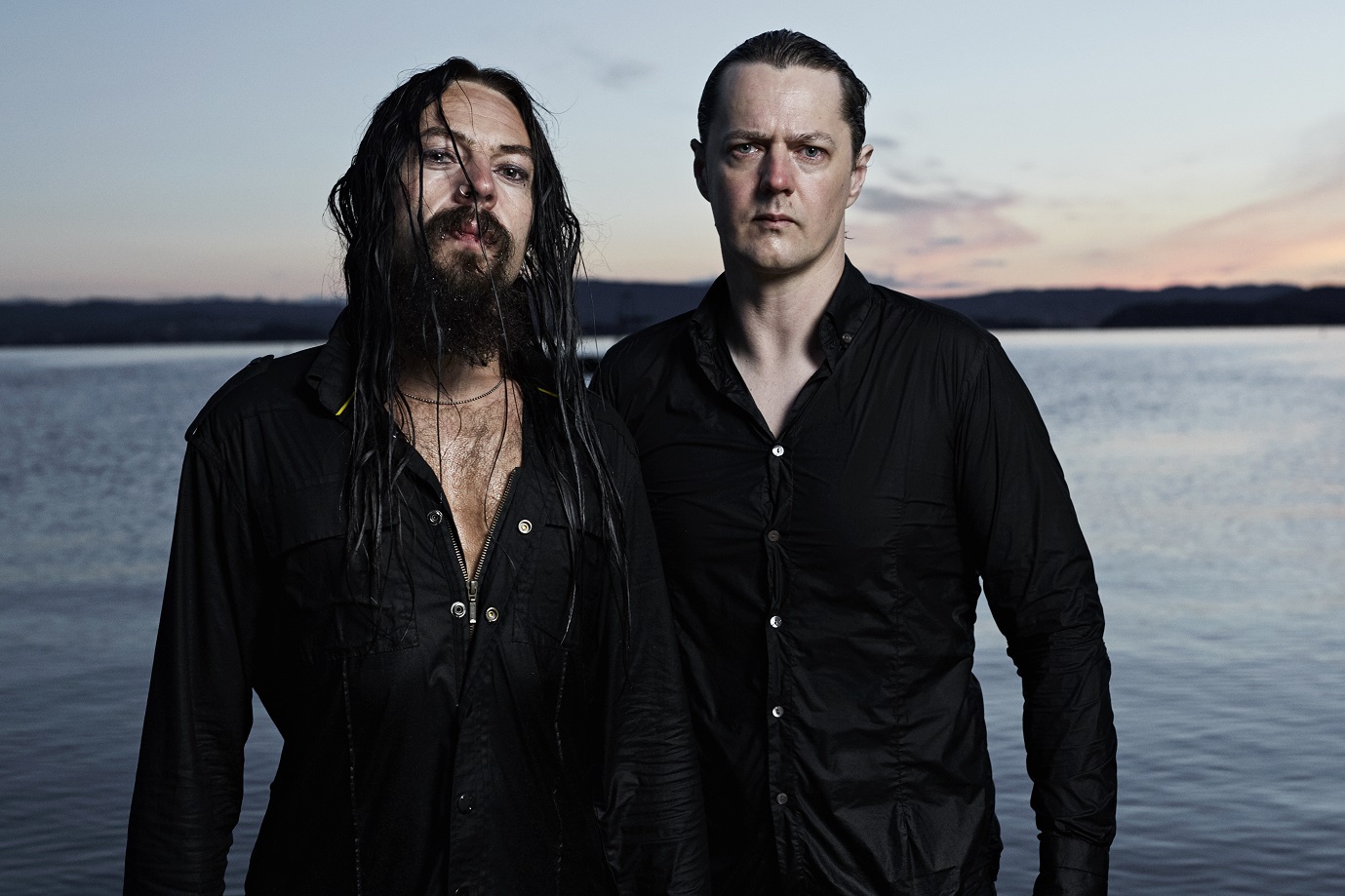 In a little less than a month, Norwegian black metal band Satyricon will release its new record Deep Calleth Upon Deep. When Metal-Exposure got the opportunity to talk (albeit a little hasted) with Drummer Frost (Kjetil-Vidar Haraldstad) we of course took it. What followed was a conversation about the band’s ninth studio record, looking to the future and more.

You’ve said about the previous record that ”Satyricon’s career is truly summed up on that album”. How would you describe Deep Calleth Upon Deep?
”First and foremost as a soulful, spiritual and a diverse album. To me it feels like a bundle of what Satyricon has ever been and quite a lot more. I guess this is an album on which we go deeper and further than we’ve ever gone before. The wholesome and creative feeling that we wanted this record to have is present. Deep Calleth Upon Deep contains very, very diverse songs and different aspects. The end result is a good and inspired band playing good and inspired songs. That is in many ways the core of it and what we wanted to achieve.”

Deep Calleth Upon Deep has been 3 years in the making – Can you tell us something about the recording process?
”What was important for us was that we wanted to preserve the character and the vibe of each individual song this record. We basically say that each song is an individual, a life or an organism on its own, with a particular kind of character that we aimed to maintain, from the beginning to the end. That requires quite a lot of overall performance of us and precision. So during the recording, it was about keeping the characteristics of each song, giving it the correct type of attitude and spirit and energy, which was rather challenging. We really demanded of ourselves to deliver this and I think that we managed and that the album became what we wanted it to be.”

How did the cooperation with jazz saxophonist and opera tenor Håkon Kornstad come about?
”We saw a live performance and both of us were amazed by how he managed to create the magic and unique tone with his saxophone and even more when we heard his singing: how he was able to express such deep feeling and emotion with his vocals. Håkon Kornstad is originally a saxophone player but as he was fascinated by the potential of the voice, than he became a tenor and a great singer. That combination is very rare. We were just overwhelmed by it and wanted him to contribute because we thought some songs from the new album would benefit a lot from that kind of texture. He turned out to be interested, so it actually did happen. He added depth and atmosphere and we like it a lot.”

Did either of you write the vocal lines or the saxophone parts or was it is own input?
”A little bit of both. We had some demo recordings that he could to listen to. We wanted him to give his own input, to see how he would interpret the songs. We had a lot of interest in his ideas which he would record for us. Than we would validate those and give it back to him and discussed what we thought was right and what we wanted. We went into a musical dialogue, so yeah it was a little bit of both.”

The cover is a drawing from Norwegian artist Edvard Munch. What drew you to this cover?
”Satyr found the drawing. He was going through a catalogue of Munch with works probably unknown to the public. There were several good pictures there but this was the last picture in the catalogue and it really grabbed his attention. He was just looking at the cover there and then. It connected with him on a very deep, personal level. It connected very much to music of Satyricon on this record. When I saw it the first time I thought it was an amazing picture and very fitting for the album and what it is about. You really feel like the vibe is present in the picture, only expressed in a different way. There is something about the tension between life and death that you see in the drawing. There is an element of danger, directness and simplicity that is combined with elegance. It is very profound and has quite a dramatic expression and contrast. It all totally makes sense, almost like we have tried to create the equivalent in music. It is a fantastic piece of art that became visible to us at the right moment.”

Do you feel that Satyricon’s black metal past deviates attention from what Satyricon is now?
”I think that we are more of a black metal band now than we’ve ever been. There is a deeper darkness in what we do now than what we were able to express on our earlier albums. There is also an intensity, severeness, and depth and a great fierceness that the early Satyricon did not possess, or at least: we were not able to express it. The early albums are technically very unaccomplised. We didn’t come from a technical discipline and it was all about spirit and wild, youthful energy. We developed through a lot of different phases, we managed to bring more structure and discipline to the band, eventually becoming more open and letting loose on the later albums. I think especially this latest album shows that we have brought back the need for structuring, but on a far more intuitive and instinctive level. Satyricon today sounds much more free and open and it is more expressful than ever. So to me it is all about the natural evolution of a very innovative and creative band with a punk wing spirit.”

What I mainly mean is that when you read Satyricon interviews, there is always a question reffering the black metal scene of the early 90ies. That does not bother you?
”We think that being too retrospective, is first of all boring and obviously no good to anyone. We always try to look ahead. Many people in the metal environment in particular are very conservative and retrospective in their approach. We kind of understand that, but that’s not who we are. What is in the future or in the here and now is more interesting to us than what has been. You should be proud of your history and also learn from history, but what is happening is here and now and in the time to come, so I’d rather focus on that.”

You also play in 1349. The way I see it, this is more of a traditional black metal band, while Satyricon tends to push the boundaries. Does that not conflict for you, since you’ve advocated the development of black metal as a genre?
”Rather to the contrary. There is no conflict, musically speaking. To me it is important to have both arena’s to work in as a musician. I don’t see 1349 as very stuck in tradition or as stuck in any kind of formula. I see 1349 as very innovative and forward leaning as well, but in a very different way from Satyricon. 1349 to me has always been about inspired intensity, war and chaos and rapidness, rawness, grimness and darkness all around. Usually when we create the songs it comes from an inuitive part of us. We don’t really need to think much, there is basically this band spirit that takes hold us of or guides us and we see what comes out of it. Satyricon functions in a very different way, being much more progressive and following a very different kind of evolution. There is a lot of consideration and evaluation going on there. We are very focused on detail and control. I am very happy that I can experience both because I feel there is great potential in both approaches and I like to have both represented in the way that I work.”

Deep Calleth Upon Deep will be released on September 22nd by Napalm Records. Satyricon will be on tour in Europe from September 24th, so you can all check out the new material for yourself.