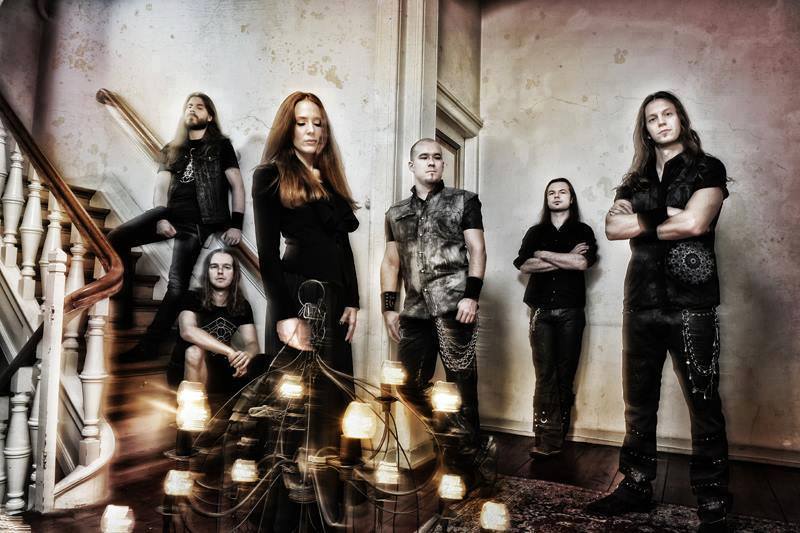 15-04-2014 – For the upcoming record, The Quantum Enigma (TQE), Epica has tried to modernize its sound. At the same time TQE is a classical Epica record with grand choirs, heavy guitars and contemplations about life. So to learn the ins and outs of TQE, Metal-Exposure had a chat with founder and guitarist Mark Jansen about refreshing Epica’s sound, living in the heart and his bucket list.

Can you explain the idea behind The Quantum Enigma (TQE)?
“It is mainly about that what you observe is being influenced by the fact that you are observing. Therefore, you do not know what your surroundings look like when you are not observing it. It is proven in the science of quantum physics that this is actually happening. For example, there are thousands of small particles that are spread out throughout a room, but when you start to examine this, the particles will only show in one corner of that space. So you could say that everything is different when we are not watching.”

What are your sources of inspiration when you write lyrics?
“I read a lot and I watch some documentaries about the universe for example. I also read the newspapers. So everything around me can find a way into to the lyrics.”

Are there certain books or articles you have used for this record?
“I have read the book Living in the Heart. I was really impressed by that. One of the songs, Reverence – Living in the Heart is inspired by it. The book explains that we have forgotten how to live from the heart. Our sense is mainly guided our brains. The book claims that ancient cultures used to live from the heart. If you try to get that back, to try and transfer your spirit from the mind to the heart, you will gain new insights. Living in the Heart explains that well and isn’t spacey or something. It includes some practical things you can try yourself.”

Have you tried such a practical exercise yourself?
“I have tried it and it works. If you try to move your spirit into the heart again by using those techniques, you will get an overwhelming sensation. I cannot describe it, so I would say, read it and try it!”

One of the songs on the new album features the text ‘Death is a certainty’, if you keep that in the back of your mind, what would you say is still on your bucket list?
“I think that is one of Simone’s lyrics, unless Coen has secretly adapted mine. However, my bucket list does not contain much. Everything I wanted to accomplish, I have achieved by now. A lot of my wishes have come true. The only thing that would be great at some point are kids. Still, I enjoy my life and I’m trying to balance hard work and relaxation, which is hard for someone who is known as a workaholic. But I’m getting better at it.”

You have worked with Joost van den Broek (ex-After Forever) as a producer for the first time. Would you say got stuck in the old sound and then turned to another producer?
“After Retrospect we wanted to figure out what could get us ready to go another ten years. We feared that we might become repetitious if we continued with the exact same team. Also, Requiem For The Indifferent was not liked by all fans, so the band reflected on how it could improve. We wanted to refresh the sound a little. Like throwing cold water in the faces of the fans, hoping that they will say: I didn’t expect this, in a positive way. Joost seemed like the right person to help Epica achieve that.”

The interlude, The Fifth Guardian, contains oriental elements. Is that a topic you might explore in the future?
“Perhaps. We have never used it in an Epica song before and it was one of those refreshing elements. Everybody always expects Middle East inspired tunes. The interlude is a good example of one of the many things we have done differently this time. Of course I do not know what a future effort will look like, but we like the path we have chosen now.”

The release show of The Quantum Enigma takes place in about two weeks. What can the fans expect?
“The band is still very busy practising right now, learning the complex parts by heart to be able to play the music while standing up (as the album was recorded sitting down) and such things. We’ll be ready in two weeks. The show will have fireworks and a nice light show and some guests. I think it will be one big party.”