On October 28th this year, Vreid released their newest album Lifehunger. A perfect opportunity for metal-exposure to have a chat with one of the masterminds behind the band ‘Hvàll’, also known as Jarle Kvåle.

Metal-exposure: First of all, how are you doing?
Jarle: I’m doing fine, I actually just got the physical copies of the new album today. Also today it’s been twenty-two years since we did our first demo release, so I am feeling very excited and almost like a child again.

M-E: The release of the album is tomorrow, are you going to do anything special that day?
Jarle: We do connect with the band, but I also just have to go to my day job, because I still have my obligations.

M-E: The new album has a lot of very good reviews even though the sound of is it different than all the other albums before; did you expect such good feedback for it?
Jarle: I never have any expectations. You make the album and then see what happens, but of course it is always nice to see people on the internet talk positive about it, and write interesting stuff about it. It is good to receive good reviews and see that people appreciate it. Also I don’t think this album is radical different from what we have done before.

M-E: we noticed a shift away from the dryer Rock ‘n Roll sound compared to the earlier albums, to a bit more spacious sound. Could you tell us about the musical consistency and the thematical consistency?
Jarle: If you look at Pitch Black Brigade and Kraft, that’s ten years ago. Things change and we’re also getting older. For the last five years I listen to so much music from the 70’s and 60’s; Rock, Pop, Metal and of course this is then going to influence you, and listening to that got us more interested into working with a more atmospheric theme.

M-E: Is that also where the song ‘Hello Darkness’ comes from, because that song sounds very influenced from the styles that you just mentioned?
Jarle: Yes, one of the biggest influences for me has been Alice Cooper in the 70’s and that is partly what made this song. We recorded it differently, to give it a Rock sound because that is what we wanted, if we had recorded it in another different way, it could easily have been a heavy metal song.

M-E: Regarding to Hello Darkness, it is a bit of an outside track compared to the rest of the music. How was this song written, was it written by Vreid or also by ‘Addi’ from Solstafir, who sings on the song?
Jarle: No he didn’t write anything. He is a good friend of mine, and when they played in Oslo a few months back I asked him if he wanted to do this song. He agreed and just came in one time for a couple of hours to do the vocals and it was a fantastic experience. He has something that is so strong, unique and original! During the recording he also improvised a lot and the end result is something that I really like.

M-E: Did you put the song in the middle of the album on purpose? Because we think it is a nice song, but it somehow divides the album in two a little?
Jarle: Yes, I spent a lot of time thinking about where I should put it on the album. With every album you sit and think ‘this should be the second track and this the third’ and so on, and then everything changes again. It’s like strategically putting together a football time and in the end, this is perfect for me, though it might be found a little strange for other people.

M-E: On the previous albums there were always themes, besides the obvious themes of the world wars, of being proud of Norway, melancholy of things that have passed or you would like to see back, or are impossible to see again in modern life. How is that reflected on Lifehunger; is it still there?
Jarle: Oh absolutely, that is something that always has been there and what Vreid lyrics have always been about. Some things are long gone, but it’s also an appreciation for those things that are still here. Things change so fast and so quickly lately. Personally I have had a hard time and this is what happens to almost everyone. We all have periods that are really dark, but if you take advantage of it things change completely. For me it makes me appreciate that I can still work with music and have the time and freedom to do it. This is something I feel very strongly about, and the older I get, the more stubborn I get and I find that I don’t want to waste any more time on meaningless bullshit and I want to focus on what I like to do.

M-E: Could you tell us a little bit more about the theme of Lifehunger; it’s mainly about philosophy, what made you write especially about this?
Jarle: Ever since I was younger, I was into philosophy. The most interesting for me is that you can always ask questions about things, and it’s not just about the answers because the answers change during time and that is pretty much the meaning of life: that we al-ways ask questions. If you look into the song Socrates Must Die for example: he was one of the first very well-known philosophers not only writing about knowledge, but rather about questions like: ‘how can we develop?’, and so on. Today we are so obsessed with having truths about things which reflects on social media. We want to know everything about everything, and with that find a meaning to everything. We are so afraid to say ‘I have no fucking clue’, ‘I have no fucking idea’. Everybody wants to be out in the center and have the right answer to everything. It’s getting worse and worse, especially the last decade how everyone raises their voice. Sometimes it can be helpful to say ‘I have no idea’.

M-E: In another interview you say ‘people trust too much on hope’. Reading through the lyrics of Lifehunger there is a phrase ‘only death is real’. Can we gather that the path and steps we take are more important than the goal? Aren’t you taking the risk of headless running into something?
Jarle: Yeah that is always a great risk, running around without direction. The thing is: you can always hope that someone else will solve things for you, someone will help you out, will lead you to this or direct you to that, and then great things can happen. But the chances of finding happiness increase by striving for it yourself. Yóu have to find the best way to do the things you want to do.
Some people can just sit around and complain, but only you are the person that can actually make the change. Stop complaining and do something about it.

M-E: (Laughing) Yes that is how we attack life on the good days.
Jarle: But you also have to do that on the bad days.

M-E: In the press package there was a picture of the band in the Sogndal surroundings; is the Sognametal still alive?
Jarle: Back in the days when we had Windir, Valfar created the term Sognametal and didn’t see it as a Black Metal band, and didn’t associate it with a lot of things that phrase Black Metal. He said: this is my music and I call it whatever I want, so I call it Sognametal. It had a lot to do with not being associated with some things and not wanting to be labeled. With us coming of Windir and myself also writing music for Windir I think Sognametal has nothing to do with sound of even where you come from, but it has something more to do with attitude. 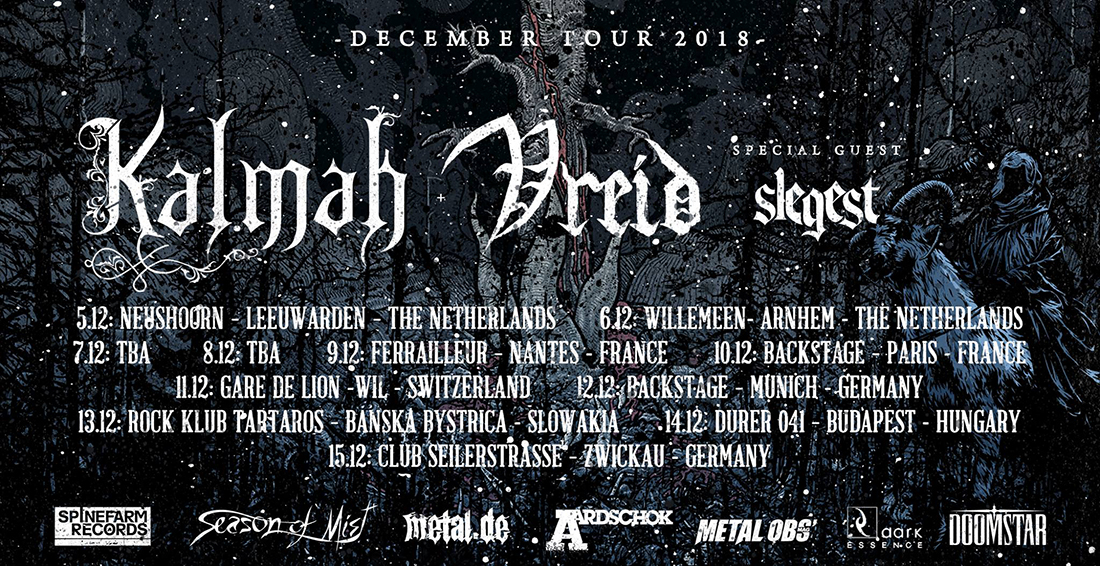