21.08.2015 – During Midgardsblot, Metal-Exposure talked with Sina Winter from From The Vastland. The Iranian black metal musician had to leave his country to make his dream of playing music live come true. “I think most of the families, even if they are not religous, are against this kind of music, because of the propaganda. So they see it as really evil: it destroys the lives of their children.” 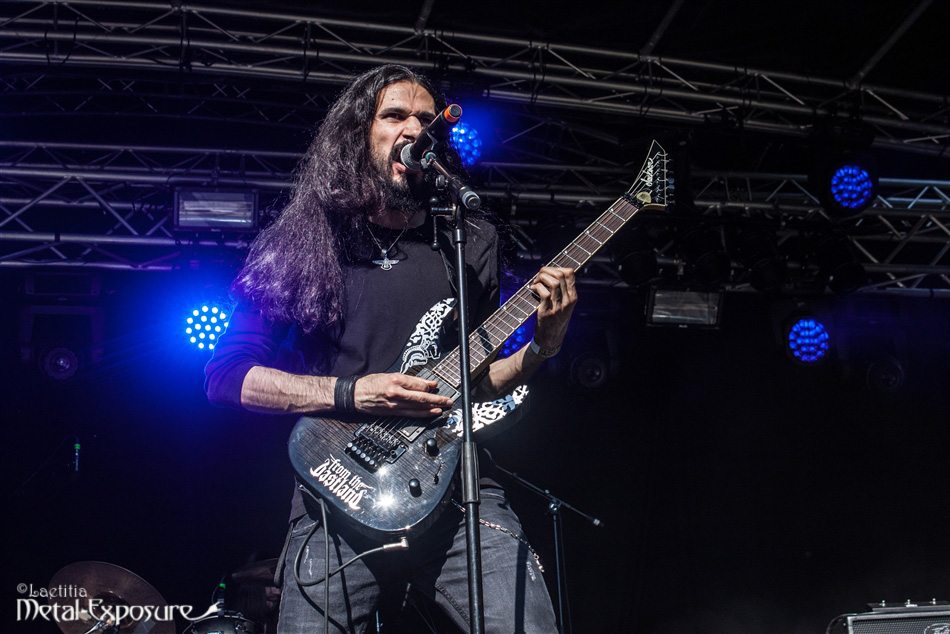 ME: How did you get in contact with metal if it is forbidden in Iran?
“My parents were fan of rock music, so I was familiar with it since I was a child. They listened to Pink Floyd, that kind of bands. Before the revolution, it was more open and we had some rock festivals, but it was completely banned after the revolution. When I was a teenager, a friend of mine actually brought some metal music from Austria. Bands like Sepultura, Black Sabbath, Skid Row. Then, you know how it works, step by step you listen to more harsh music. ”

ME: What was the first black metal that you heard?
“It was a different story. At that time there was no internet, it was not easy to find metal music, because there is no record store, pub, no meeting, nothing. So a friend of mine who was living in Germany at that time, came back for vacation and he brought the Filosofem album from Burzum and an album from Cradle of Filth. That was one of the first times listening to black metal. To be honest, it was really weird and I got a strange feeling when I listened to that, because I was a fan of death metal. I remember the moment exactly, when I heard Burzum for the first time and I couldn’t get it. I had to listen to it a couple of times. I felt that it was atmospheric and dark and cold, mysterious. It was really interesting. I got interested in black metal and searched for more records from different bands.”

ME: What was the turning point?
“When it comes to art, it is all related to your inner feeling. I was enjoying listening to death metal and thrash metal and stuff like that, it was full of energy and power. In case of black metal, there is something more than all of that. To me, it was more like discovering the whole thing that was going on in the music. As I told you, it was really strange in the first place. After a short time I realised that it was the sort of music that I wanted to listen to. So it just happened in an blink of an eye. It was related to my inner feelings, I felt really close and attached to that kind of music.”

ME: So you are saying that this was the moment you decided that black metal was the kind of music you wanted to listen to..
“Well, actually I didn’t decide. It’s not like you listen to something and say: I want to listen to this music. It captures you. It is like attached to you, you can’t get rid of it. It is not possible. I tried. I just started playing guitar and I rehearsed some riffs from Death and Sepultura, but it was not even interesting. I just wanted to play that kind of music. When I started to understand the lyrics and get the point of this music, I knew that this is what I wanted to do. Again, it was not my decision.”

ME: So you started From the Vastland as a one-man project. You played your first gig in Norway, on Inferno, with members from Den Saakaldte, Morbid Angel and 1349. How did this come about?
“I released an album in 2007 with my previous project. A guy from Norway had a label, Hellish Records. He is the guy who made all of this happen at that time. He contacted me and said that he’d listened to my project and that he was interested in releasing the album in Norway on vinyl. That was great to me. Then, after one year or something, Christian Falch, the producer of the documentary Blackhearts contacted me. He told me of his project and wanted to see if I wanted to be a part of it. We met and talked about everything. It was my dream to play my music live on stage and he asked me if I wanted to do that here in Norway, so we started to work on Inferno. I also released my own album that day. 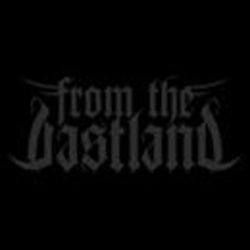 ME: This is also the moment in the documentary, when you hear that you can play at Inferno. You call your mother I believe?
“Yes it took some time to make it happen. So we were always talking about that with my family and friends and everybody was curious to see what will happen at the end. So when I got the invitation from Inferno, the first thing I did was call my mother. She was so happy.”

ME: So your family has always been very supportive?
“Always. They supported me not just mentally, but also when I needed money to buy my instruments. ”

ME: Would it have been possible without their help?
“Eh, to be honest. Some of my friends, we started together. As teenagers we were just metalheads. Since their families were religious, traditional. They prevented them and after a couple of years, most of them just gave up. So, of course it is important to get support from your family, because it makes you think that you are doing the right thing.”

ME: You mentioned religion and you get inspired by Persian myths and history, isn’t that a forbidden topic in Iran?
“It is a bit complicated. Iranian people do really respect their ancestors, but at the same time, Iran is an Islamic country. Even though I think that most people are not true believers, but it is because of the situation. It has been 30-35 years since the revolution and the government bombards you with religious stuff. I think most of the families, even if they are not religous, are against this kind of music, because of the propaganda. So they see it as really evil: it destroys the lives of their children.”

ME: This is kind of a basic question: having long hair in Iran, is that problematic?
“No. As long as you don’t try to promote something. Just having long hair is okay. If you have long hair, piercings, tattoos, band shirts and that creates a problem.”

ME:In the panel you talked about underground, have you ever been to one? (It is forbidden to play metal in Iran). How does it work?
“Yeah, a lot of them. Ten or twelve years ago we had a moderate government. In that time, some rock and metal bands could get a permission to play. They saw that lots of people were interested. Then, the traditional/religious people shut down everything. After this, the bands started doing underground shows, really underground. Most of the concerts happened in home studios. They had a basement, which they changed into a rehearsal place and as a place for concerts. There were max. like fifteen people.”

ME: Do you think that your background and the interest in it deviates attention from your music?
“Yeah, maybe at first. I got a lot of attention from people, just because I was from Iran. It was important to me to just play my music. I really liked to hear from people that they liked my music. When you get a sign like this from a company like Indie Recordings and fans, you can say that your music is not bad. These days, it is not an important thing, that I came from Iran. People know me as a musician, I work with Norwegian musicians, do live concerts, that is exactly what I wanted.

ME: You have a new EP, which came out today. How does it relate to the documentary, since they have the same title?
“The idea came to mind two or three months ago. I had a couple of songs ready and I got the idea to release an EP with the cooperation of the musicians who are in the film. I contacted the other musicians, the Colombian band, the bassist of The Luciferian and also Keep of Kalessin. Not the Greeks, because the guy was in jail. Actually one of the songs we started to write was for the film and it was called Blackhearts. The EP has three songs and two of them are ‘normal’ From the Vastland songs.” 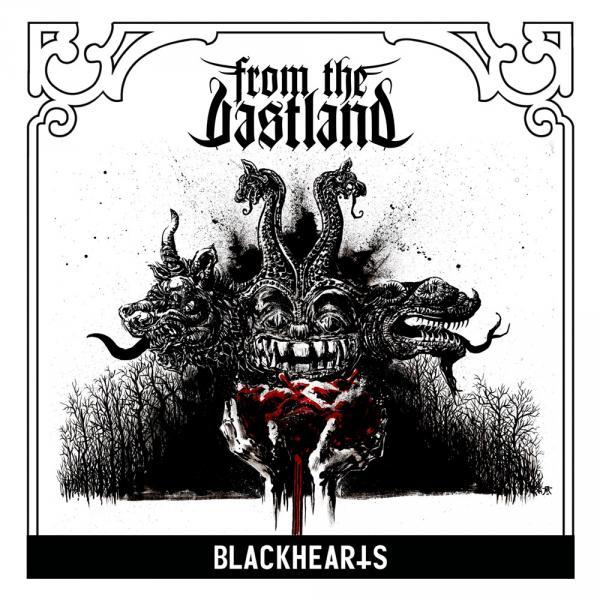 ME: About the lyrics, they are in English. What is the reason to write them in English?
“It has different reasons. My idea is that when you have fans all around the world, its better to write the lyrics in English. Since it is an international language. Another one is that I had some friends in black metal bands and they tried to write the lyrics in Persian, but to be honest I felt that it didn’t fit. I don’t know, I wasn’t good enough to do it. It sounds a bit weird to me. Also, I was thinking about the future. I didn’t want a local band. We don’t have that much black metal fans in Iran.”

ME: Then again, a lot of the music you listened to was in Norwegian, which you didn’t understand, but it spoke to you anyway.
“Yeah right. If you look at the Norwegian black metal bands. Not all of them, but lots of them had Norwegian lyrics in the early 90ies, but turned them into English. Nowadays, most of it is English.”

ME: Could you imagine writing a song in Persian?
“Yeah, maybe I will do it later. Why not? If I can do it.”

ME: Can you imagine that your music makes some kind of change in your country? A development?
“I think changing peoples mind, the culture of the country or the whole country is not possible with just music. It is really complicated. If I can change the mind of only one person, then that is perfect to me. Since I’m writing my lyrics about Persian mythology, this is something I think they already should know. This is part of the culture and history, why shouldn’t they know about that. It is not my goal to make a change. This is my passion and art, and if I can do it, that is like a bonus.”

The band Acyl, from Algeria also played today. You can notice the folk elements, they sing in Arabic , perhaps a bit of a country with a similar background, also a Muslim country. They have a very different way of incorporating that in their music.
“What they do is use their traditional instruments. They combine it with metal music. That is a cool idea. If an Iranian would want to do it, we have our own traditional instruments, which are not related to religion. The melody and the instruments that these bands use are after Islam. So that is a different culture, a different country. That is interesting to me. Have you heard the of the album? I use some traditional Iranian instruments in the intro. I think it fits really wel with black metal sometimes. Like what you hear from Einherjer, they use melodies from the Nordic culture and it fits really good. That is something I always have in mind, to put some melodies or instrument from my country into the music.”

ME: Can you image a future in which you can play your music in Iran?
“That would be great. That is one of my dreams. Many years ago I had this dream of just playing my music live. I also knew that it would not happen in my country. Now I’m here, I’ve played some shows. So this is another dream. Who knows? Maybe in the future. Things are always changing.”