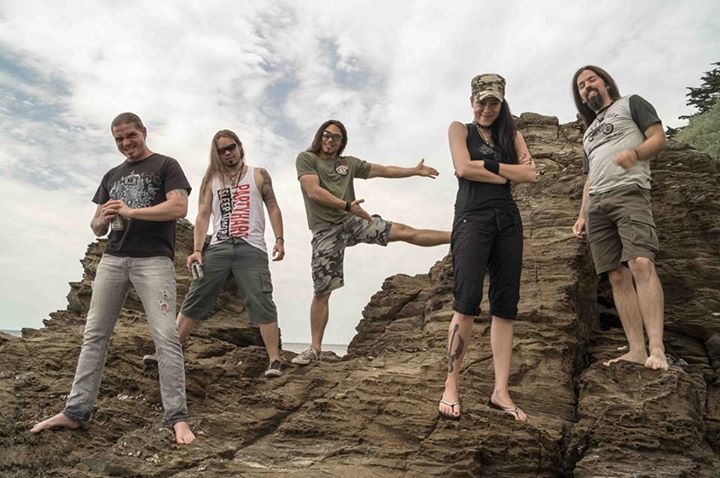 German folk metal band Equilibrium recently started out on its first headliner tour through Europe, in support of its latest album Erdentempel. Metal-Exposure met up with vocalist Robse, drummer Hati and guitarist and founder René in Essen, for an amusing conversation about the new line-up, touring and a sneak peek into the band’s Whatsapp group..

In June Equilibrium released its latest effort, Erdentempel. What have the fans told you about the album that has stuck with you?
René: “I think what they might like or still like are the epic, bombastic songs. What they also liked and what is a little bit new is that we have more clean vocals and more clean melodies.”
Hati: “Also, the songs are less complex, more repetitive.”
René: “Yes, they are more straightforward. That is the feedback we got.” 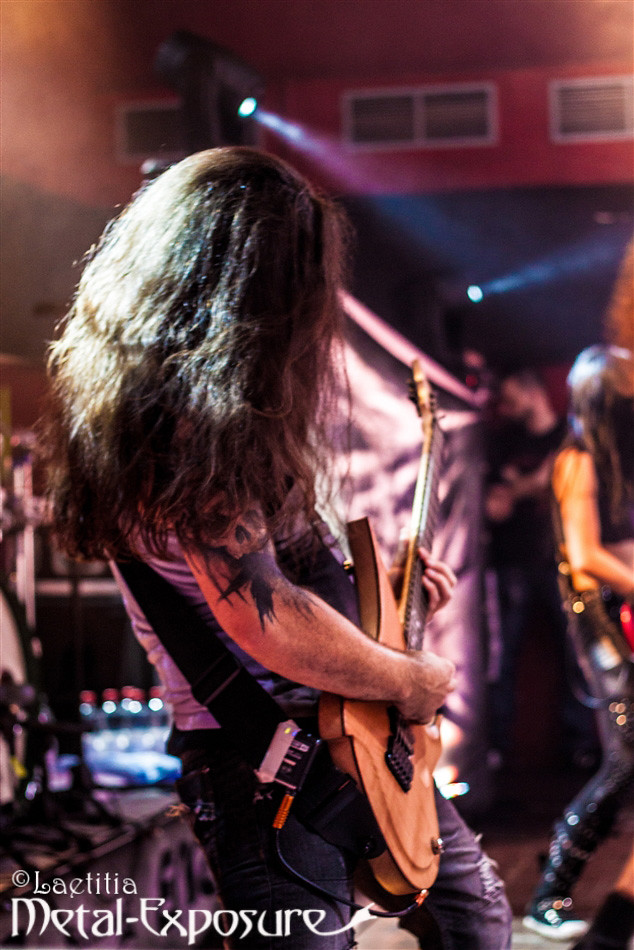 Can you give us a summary of what the album is about for non-German speaking people, like us?
Hati: “And like me.”
René: “It has a different topics. Most of the songs are about very human themes. Like braveness, like destruction and also the more easy things like partying. So we really mix these things. And we always combine these themes with natural symbolics and elements, which has always been an important influence for us.”

A few days ago, you started the Erdentempel tour. How has it been?
Hati: “Today was a bad day, our guitar player Dom got hospitalized. He was feeling ill for some days and yesterday he played the show while sitting down on a chair. That wasn’t a good decision, because today he is even worse. So we will play without him today.”

You’ve got a new line-up now, Sandra and Andreas left quite unexpectedly as far as we know. What has changed the most in the band, aside from the new band members?
René: “Especially in the beginning, we felt bad about losing two people who were with us all the time. But then we found Jen (bassist) and Dom (guitarist) to replace them and it created a completely new feeling. There is a lot of new, positive energy in the band and after a few shows with them, it already started feeling familiar. Looking back on it, it was a real good progress for the band.”
Hati: “I just want to add that the general atmosphere in the band is absolutely good now and Jen and Dom are really good musicians. So all in all, it was a change for the better.”

Since Jen and Dom are ‘the new guys’, did you pull any pranks or joked around with them before they were seen as a ‘real’ part of the band?
Hati: “No, we didn’t bully them. I mean, the only thing is that Jen has to walk around naked.”

What do you think Equilibrium’ strength is at this moment?
René explains the question to Robse in German, who then jokingly replies with: “Their vocalist.” Hati: “And Robse’s drinking abilities.”

Since you are all from different places: Hati is from Israel and the rest hails from different places in Germany, how do you make it work when you are not on tour?
René: “It’s quite funny, we don’t see each other very often. Only when there is a show or some days before when we have a rehearsal. But we have Whatsapp and Facebook where we talk and write every day.”
Hati: “It’s mainly stupid stuff. Stupid pictures.” Suddenly Robse starts yodelling in a weird voice and the other guys laugh loudly. Hati: “Maybe we can show them.”
Robse scrolls through Equilbrium’s Whatsapp group and plays an audio file. It contains a part of the last song on the Erdentempel album with suddenly Robse yodelling over it. After the laughter has ceased, the vocalist concludes: “It’s a nice group.”

Aside from your instruments, what are the most important items for each of you to bring on tour?
Hati: “A bathing suit.”
René: “What?”
Hati: “A bathing suit.” Confusion reigns until Hati points to the swimming trousers that are airing in the windowsill. “Badehose!” An understanding ‘aaah’ from everyone present follows. “It’s easy and less smelly.”
René: “Yeah, well before the tour we each bought underwear for each day and one pair of socks.” 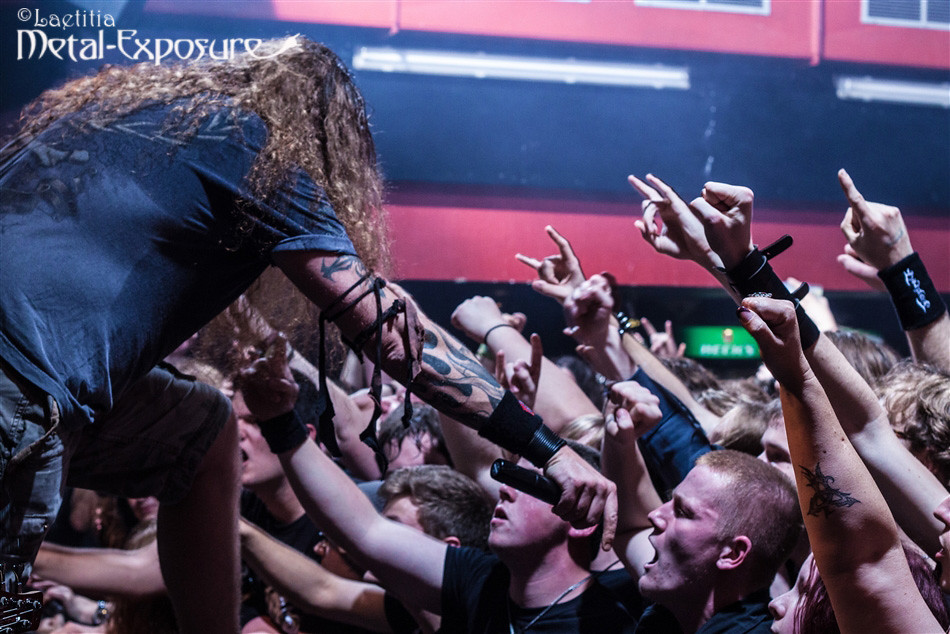 You’ve got quite some touring experience, what are the things that were the most memorable? Did you ever have a Spinal Tap moment?
It stays quiet for a while. René: “We are such a boring band. Well, something that has happened is that Hati took the wrong flight. One day too late. We were already on the road and I don’t know how it exactly went..”
Hati: “I sent them a message. Why are you on the way to the festival? My flight is tomorrow. René answered that we played tonight.”

How did you fix it?
Hati: “We didn’t. It is still broken until today. Now we check everything ten times.”
Robse: “Or yesterday, no two days ago. I came on stage and I couldn’t find my microphone.” A deep sigh from himself follows afterwards.

What’s next for Equilibrium after the tour? Is there anything you still want to achieve?
Robse suggests: “Split-up?”
Hati: “Yes, we split up. No more Equilibrium. No, we have two shows planned in Russia after the tour. 70.000 tons of metal and summer festivals.”
René: “We still want to achieve the basic stuff. Make more albums, do more shows in new countries.”
Robse: “A lot of new words for me.”
Hati: “Spread the word and be filthy millionaires.”
Robse: “We have the power. Respect the headliner!”