In a week, Dutch symphonic metal formation Epica will start their European tour with special guest Dragonforce and Dagoba. Metal-Exposure interviewed vocalist-guitarist and founder Mark Jansen about Epica’s touring life, the cancellation of the North American tour and the reaction to the band’s latest effort, The Quantum Enigma. 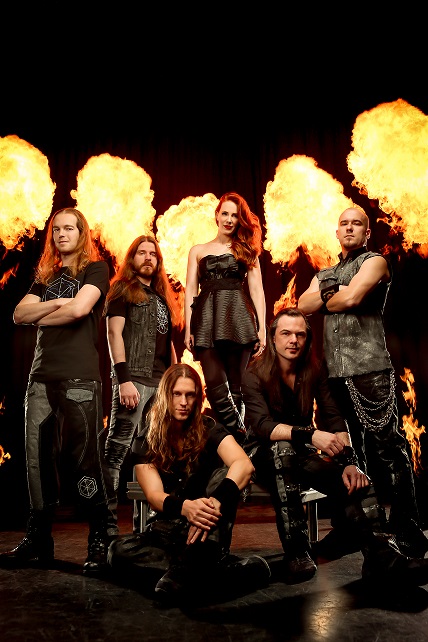 Since the release of The Quantum Enigma Epica has played some festivals and shows. How does the crowd react to the new songs?
Mark Jansen: “Very well, those new songs are written as live songs and I’m glad to see that they really work that way. We can chose between many tracks of the new album as they all are received well by the crowd.”

What reactions to the latest album have really stuck with you?
Mark: There is one reaction that I’ll never forget. One guy wrote “Epica: not just your girlfriend’s band anymore!” He explained that he also loved the new work as it sounded heavier and more balanced.”

Epica’s North American tour with Machine Head and Children of Bodom got cancelled, how have you filled up all that spare time?
Mark: “First of all, we were really surprised by this news. Two weeks before the tour we read the statement on Machine Heads website that the tour was cancelled. That was it. We had already made a lot of costs. Think about flight tickets, visa, tour bus payments, merchandise and so on. Machine Head just announced a new tour and wrote in a statement that they don’t care about the other bands and their fans, just about themselves. That’s what we figured out yes ;-) The free time we spend by working on the ‘Consign to Oblivion’ re-release and some new material for the next album.”

Perhaps somewhat related to that, some of Epica’s tours are pretty extensive. Do you ever think: ‘How do I balance this against my personal life’?
Mark: “Of course, it’s a continuous battle. One side of us wants to be home as much as we can and the other side of us wants to hit the road and seek adventure. We always discuss all options in the band openly, as everybody needs to be happy in the end. Which also includes the families at home of course.”

This month, Epica will kick off their European tour with Dragonforce and Dagoba. Looking back on touring in the past, what was Epica’s first tour abroad?
Mark: “The first tour we did was a short tour in the Netherlands, Belgium and Germany. Part of that tour was with Blaze Bayley and Doro. I remember that Yves (our former bass player) spilled a beer on Blaze the first night in the tour bus. We were all a bit nervous as it was our first time in a tour bus!”

What is the main difference between how the tours were set up back then and now?
Mark: “Back then we were always looking for the cheapest bus, since we didn’t have much money. Along the way we have learned that going for the cheapest option doesn’t mean that it is the best. Those busses often break down which causes a lot of stress.”

As you get more experienced, do you prepare for touring differently? Are you more mindful of staying healthy?
Mark: “It’s always very important to find a balance between work, free time, health and pressure. If you don’t find the balance you get sick. It’s not always easy even after all those years and so much experience.” 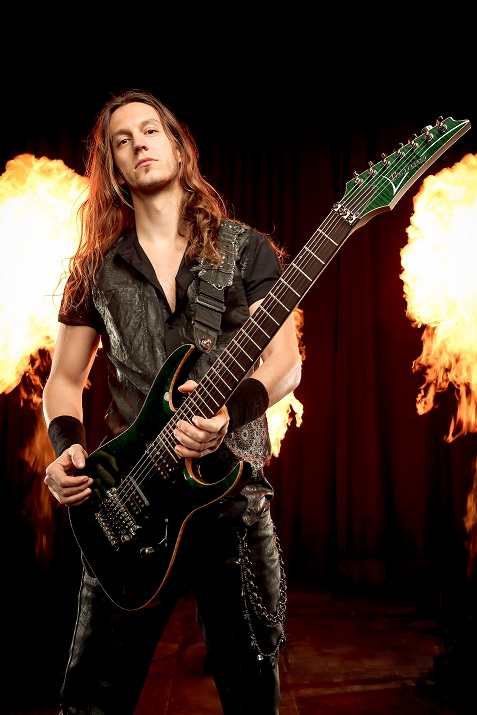 When you are on the road, how is the dynamic between you guys and girl?
Mark: “Everybody has its own ways but we work together as a team. I mean that we all have our differences but when you are so often together you know what to expect from each other. It’s always important to change your ways a bit in order for the group to function the best.”

Aside from your instruments, what do you always bring on tour?
Mark: “I always bring sports gear, swimming pants, nowadays also my portable home studio so I can write music wherever in the world I am, books, magazines, papers, documentaries and extra food.”

Have you ever had Spinal Tap moments on tour, e.g. getting lost in a backstage or something similar?
Mark: “Oh so many, we did get lost in a backstage like they did. The funny thing is that all those jokes in Spinal Tap are based on reality, so these things can really happen. The most weird thing that ever happened to us was a couple having sex in front of our stage. A funny thing that happened was when we played on a cruise. The ship was turning and the drum riser started moving while we were playing. Also, the amps almost fell, but we managed to keep on playing.”

Lastly, what can the fans expect during the upcoming European tour?
Mark: “A lot of energy on stage and a great line up with Dagoba and DragonForce!”

Epica’s European tour with Dragonforce and Dagoba, The European Enigma, will start on the 20th of November in Luxembourg. Check the website for a show near you and for tickets!