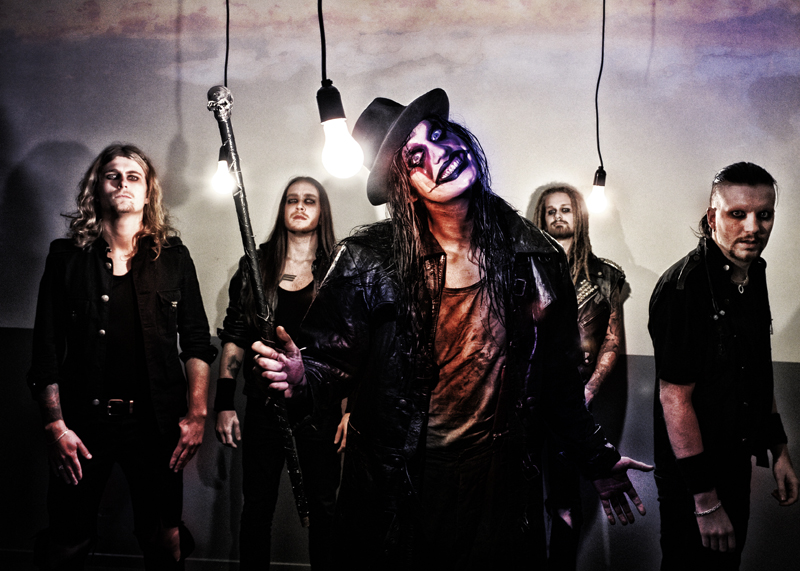 By Laetitia
Swedish melodic death metal formation Avatar released its fifth studio album, Hail The Apocalypse earlier this year. Metal-Exposure caught up with vocalist Johannes Eckerström about darkness, art, the clown make-up, writing for the new album and Spinal Tap moments when the band played in Amsterdam. “Where I am now, artistically, I offer very little hope. I want to dig deeper and see what is beyond that.”

What was the first record you ever bought?
“It was Youthanasia by Megadeth. I already listened to metal because I have a big brother who listens to metal and Megadeth was one of the first discoveries that was mine. There were a bunch of things that attracted me to metal in general. What kicked me over the edge to stop cutting my hair was Helloween and shortly after Blind Guardian. It was on the trip home from a vacation and we brought one of my brothers cd’s. In both cases, the music opened up a whole new world. It was just that imaginative thing, the atmosphere, the stories, there was just something greater. When they sing: ‘Eagle fly free,’ it felt like I could fly with that eagle and that was something I had not experienced in music before. Still, music in general, but especially metal is a way to explore all these worlds. With black metal and death metal, the same happened, only with darkness.”

I’m going to skip ahead in time now. Hail The Apocalypse has been out for a few months now, has there been a particular reaction that has stood out to you?
“Hm, I don’t think so. I’m extremely confident with this album. We have become better at not worrying about what other people think. So we thought: if nobody likes this album, we have something cool to listen to on the way home and that sensation has stayed with us. It feels like everybody agrees with us. There are probably people out there who think it is shit, but they haven’t told me. ”

But there wasn’t a fan who came up to you and said something like: ‘this song has changed my life?’
“Yes, we get lots of that, honestly. There are people who are in a bad place and who claim that our music is what saved their lives. I always have to disagree with that, respectfully. I don’t think that music does that. I also don’t think that the suicide cases in the 80’ies were because of music. I believe that we provide a sound track that helps by being a voice but there a bigger things. If someone saved that person’s life, it was that person. If that person didn’t commit suicide, that person is the hero and the survivor and it just so happened that I was there providing some comfort, but someone else could have done that as well.

I understand that feeling though and you are grateful for getting through it and if the music has been there I am also extremely grateful for musicians who made music that meant a lot to me. Still, I would never ever sit here and claim that I saved someone’s life. I get to hear those things and one that stood out was a fifteen year old boy, but he also put it in a different way. He had schizophrenia and he said: it is nice to listen to your music, because it makes me feel good. I need something that makes me feel good, because schizophrenia sucks.” 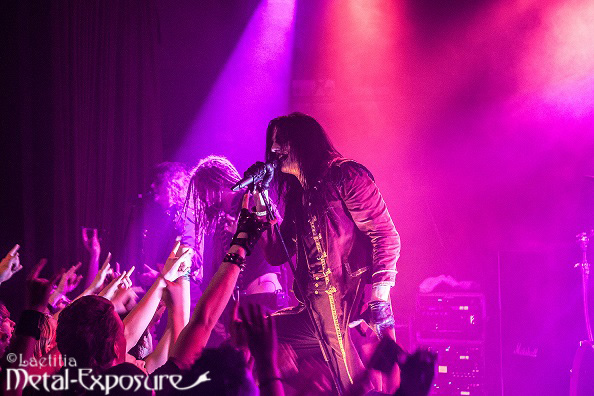 Your lyrics are often about darkness, so how does that relate to you in a personal way?
“In part I think I am drawn to dark things. It interests me, almost to a purpose of study. It’s almost like a way to deal with problems is to make art out of it. I don’t know if I am darker than others, it depends in which room you put me, you know, with what people. I’m not self destructive, I get to be creative and that is healthy. So, I don’t know, it is hard for me to answer this.”

Since these are topics you deal with on your album, are these things that you talk about with the other Avatar band members while having a drink?
“Sometimes. With the album we are writing now, I actually tried to do the opposite. I start with emotion and atmosphere, turn that into lyrics and let that tell me what kind of music I should write. Traditionally, what happens is that we start with music and if it is good music, I feel something. If I feel something, I see something and that makes me write something. It’s an emotional response to the music, but the response can only be there if there was something in my head to begin with. If it was in my head, it might have been the case that we were discussing the news of the world over a beer or something that has been going on in my life.”

On stage you always wear clown make-up. In an interview you said that it makes you feel more naked, because all the attention is on you. Yet you could also say that you are more free, because you are behind a mask.
“Yeah, I understand that perspective is there. I even thought it was going to be like that. I was thinking: sweet, awesome, now I have this cool mask. The first time I went up on stage and I saw the reaction of people, I was terrified. I realized that it is not a mask. I would say that cutting my hair and wearing jeans in winter would be more of a mask. I get why people would see it that way, but standing there it doesn’t feel like that. It’s other sides of me than what comes out in everyday life.

Have you read The Dice Man? It’s about a man who makes decisions in his life based on two dices. The message of the book is that we all have different roles in us, different personalities, but most of us only get to play out a few of them. As a musician, I get to be an artist and because of that I can explore many different sides of it. Which is a luxury. It also means that the clown is just as honest and real as the person who is sitting in front of you right now. ” 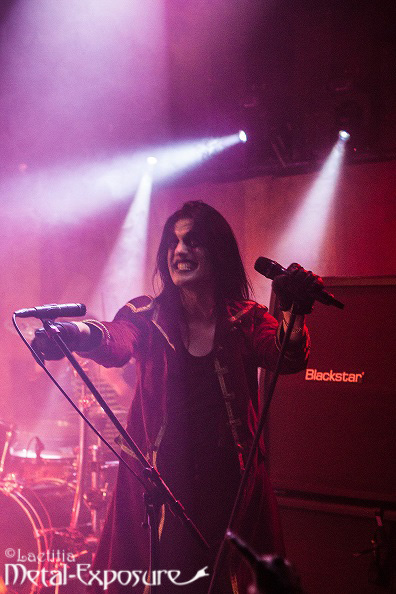 You already mentioned a new album. What is Avatar’s future, music wise?
“I have a hunch, but I always have those and I am usually wrong. My hunches are not the same as those of the other band members. I’m just twenty percent of the hunches. We know we don’t want to repeat ourselves, we want to be better than ever and I want to dig deeper. I feel we have managed to get more honest and sincere.

I mean deeper in the sense of studying darkness. When you are sixteen years old, black metal is cool. Depending on which direction you take later in life, I started to take these themes more seriously and not just as a piece of aesthetic. It has become darker through the years. I was putting more hope in the lyrics than I do now. Where I am now, artistically, I offer very little hope and I want to dig deeper and see what is beyond that. You study you own brain, it is kind of physiological to do art.

If you are trying to be honest and make something you feel so strong about that you think you get to waste people’s time by having them listen to your album, that level of sincerity means I cannot say the same thing twice, because that moment has gone. That song is written, it is part of the set list. Something new has to be created. So I have to sit down and figure out where I am today and what it means.”

Now for something completely different: have you ever had Spinal Tap moments?
“Yes! Always, every day! We learnt the rule that you should never watch that movie on tour. It’s too depressing. Every scene in that movie is based on a true story, most of it happened to Black Sabbath. We recognize it. We get lost on the way to the stage countless of times. I have been locked out of the building, in the middle of winter, looking like a clown. You can’t enter and you hear the intro and you are like: Where is everybody? Or you know when they come to the military base? They enter like: what is this? Are we playing here? Because there are like a bunch of tiny kids or whatever. It is just the reality of it. The two best documentaries on touring life are Spinal Tap and Das Boot, a four hour long movie about a submarine crew in WWII.”