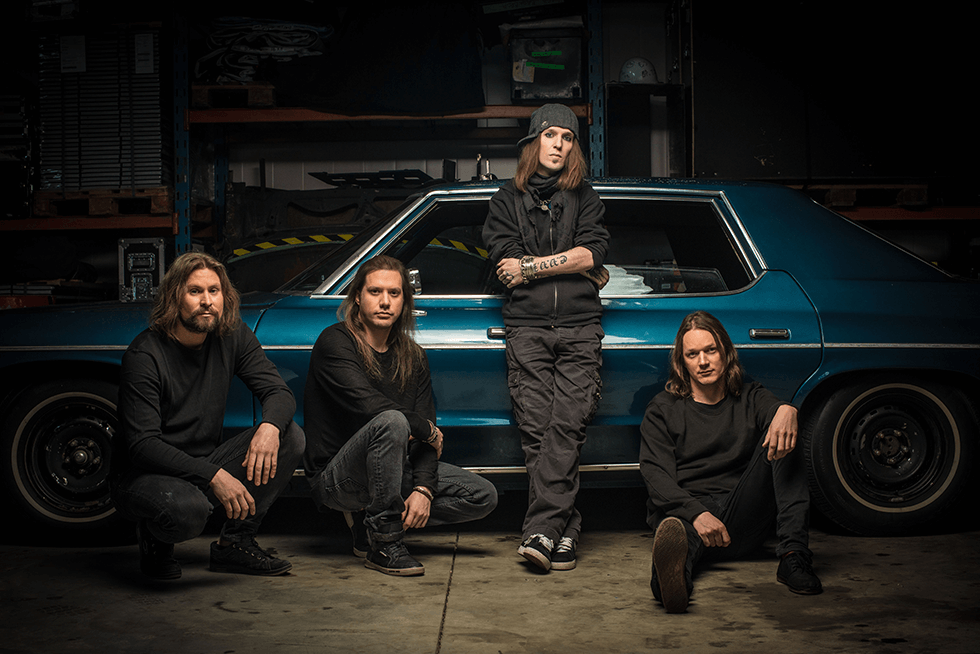 By Laetitia
On October 2nd, the Finnish metallers of Children of Bodom will release their 9th full-length, I Worship Chaos. Metal-Exposure caught up with front man and guitarist Alexi Laiho to talk about the album, the departure of guitarist Roope Latvala, touring and side projects.

The new album has been described as darker and heavier, do you recognize that?
“Absolutely. It definitely has an overall darker vibe and it is heavier. Not only did we load in the guitars even more, but it is just the way it is played, the riffs. That is something that we are always aiming for. So I think we did a pretty good job on that one. ” 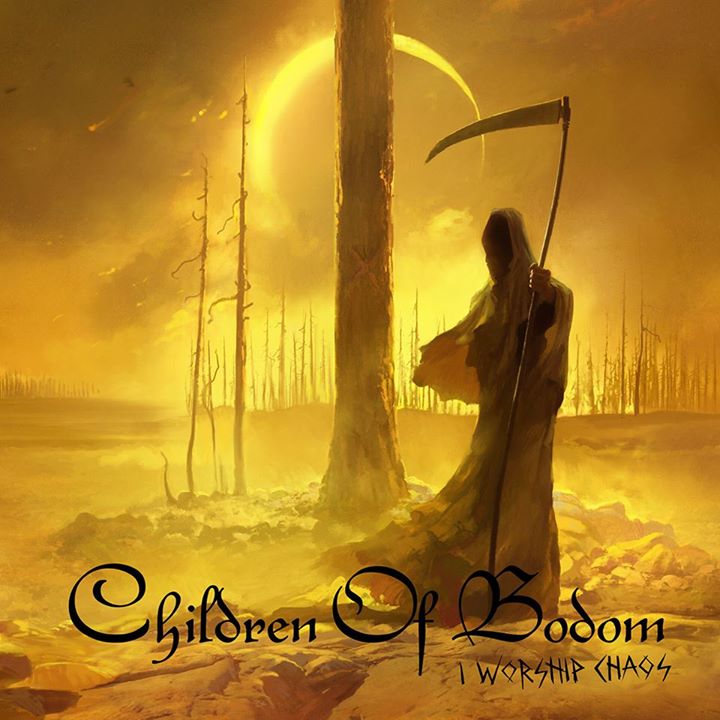 Was it intentional?
“Yes and no. As far as the music goes, everything came out naturally and very spontaneously, but things like the tuning: we were going out of our way to make it sound heavier. So that was intentional. ”

Was there a trigger for the heavier sound? Perhaps that you were listening to something heavy yourself?
“Not really. I guess I really wanted to try out something different. To keep things fresh and not be too comfortable with the settings that we always have. Tuning and everything production wise really. I think it is good to do stuff like that. I don’t want to be one of those guys who is too set in his ways, that I keep repeating myself.”

You’ve said about the lyrics that they are ‘old school fashion in the sense that they are very aggressive’. Is it easier for you to write song when you get in an angry state of mind?
“Yes it is. It is definitely my main inspiration: negative, dark feelings in general. I do have that sort of dark side in me that I try to channel through the music as opposed to doing something stupid. I know how I am. I am a pretty impulsive person and I might react very violently to bad things. What I am trying to do and I’m trying to get better at it, is: when something bad happens, I try to savour it and then put that right there in the music. Turn the negative shit into something positive.”

How do you get back into that state of mind when writing a song?
“It comes out naturally. Of course there is a writer’s block sometimes. You just stare at your guitar, noodling out forever and nothing happens. So there is really nothing you can do about it. It is not hard for me to get into that state of mind. Like I said: I keep those band things in my head so to speak for the sake of using them in the music. The music itself and writing, it’s really my form of therapy. It sounds like bullshit, everybody probably says that but in my case it is actually fucking true.”

Morrigan was the first song that has been released. In the trailer, some of the other band members described it as a song that stands out because of the story/lyrics. What triggered you to write this song?
“It is just another thing of me kind of venting my own feelings, but I dress that in other topics and words. Morrigan is basically about a mortal man being obsessively in love with a goddess, who has left him or who doesn’t exist. It is a type of song that anybody can relate to. Morrigan can be anybody to anybody, that is the beauty of it. That is the beauty of many metal and rock songs in general, it leaves so much room for interpretation.”

So it wasn’t a case of reading about the deity in a book or song and doing something with it?
“No, but I’m really into witchcraft and that world, which has always been very intriguing since I was a kid. Recently I’ve learned a lot about it, so that is also very inspirational for me.”

How did you get by the album title: I Worship Chaos?
“Originally it was a song which turned into an album title. I am a sort of dude who is very restless. I don’t do well with silence. Dead silence is something that freaks the shit out of me. I just have to much things going on in my head. Things that I sometimes don’t want to deal with, so that’s why I need something in the background. So to speak: I need chaos around me to feel comfortable.”

Guitarist Roope Latvala left the band just before the recordings of the album. Did it feel different recording the album as a four piece?
“It was more work for me obviously, because I was working double shifts with the guitars. I didn’t mind. If anything, I think it sounds tighter than ever, so at least something good came out of that. ”

But you didn’t miss him his presence?
“Well, at that time, not really.”

Were there any hiccups during the recording process?
“Surprisingly it went very smoothly. Roope and the rest of us parted ways three days before hitting the studio. I think that it brought all of us ever closer and made us work harder. Yeah, it went pretty well.”

Janne’s ( COB keyboardist) younger brother Antti Wirman is on guitars right now?
“Yes, he is filling in on the rest of the year and we are looking for a permanent member as we speak.”

If other (founding) band members of Children of Bodom would leave, would that be a reason for you to pull the plug?
“We’ll cross that bridge when we get there. I don’t want to think about that too much. I honestly don’t see that happening though.”

You have the European tour coming up in the winter and COB tour cycles always seem very extensive.
“Yeah they are, we already have shit lined-up until the middle of 2017. It will be a lot of touring, which is awesome. We love that. We love playing live. That is what the band is really all about. We’ve been out since 1997, since seventeen and eighteen years old, that’s our life, really. We still love it.”

So it is never a question of: how do I balance this against a personal life?
“No. It is like I said. We grew up with this. All of our adult lives has been on the road. It’s a natural way of life. Yeah, two of the guys have kids, they know how to balance it and that it is their job, so it’s never gotten in the way of anything.”

A couple of days ago you did the 100guitarists from HEL project. Are there other projects you’d want to do some day?
“Not anytime soon. That was a big fucking deal. It was a lot of work and it was very stressful. At the end of the day it paid off. When we got on the stage to perform it was mindblowing. It was amazing to do that, amazing to actually pull it off, but right now it is all about Children of Bodom. It always is, don’t get me wrong. I was working on Children of Bodom promotion and the 100guitars thing and this other project: I have this 80’ies cover band that we actually recorded. I just finished my guitars a few days ago. It has been a busy year.”

So do you have any rest before the tour?
“I do yeah. After this promo trip I get my first time off. I have been basically work every day since December. I have a month off, which is perfect and then we hit the road. ”