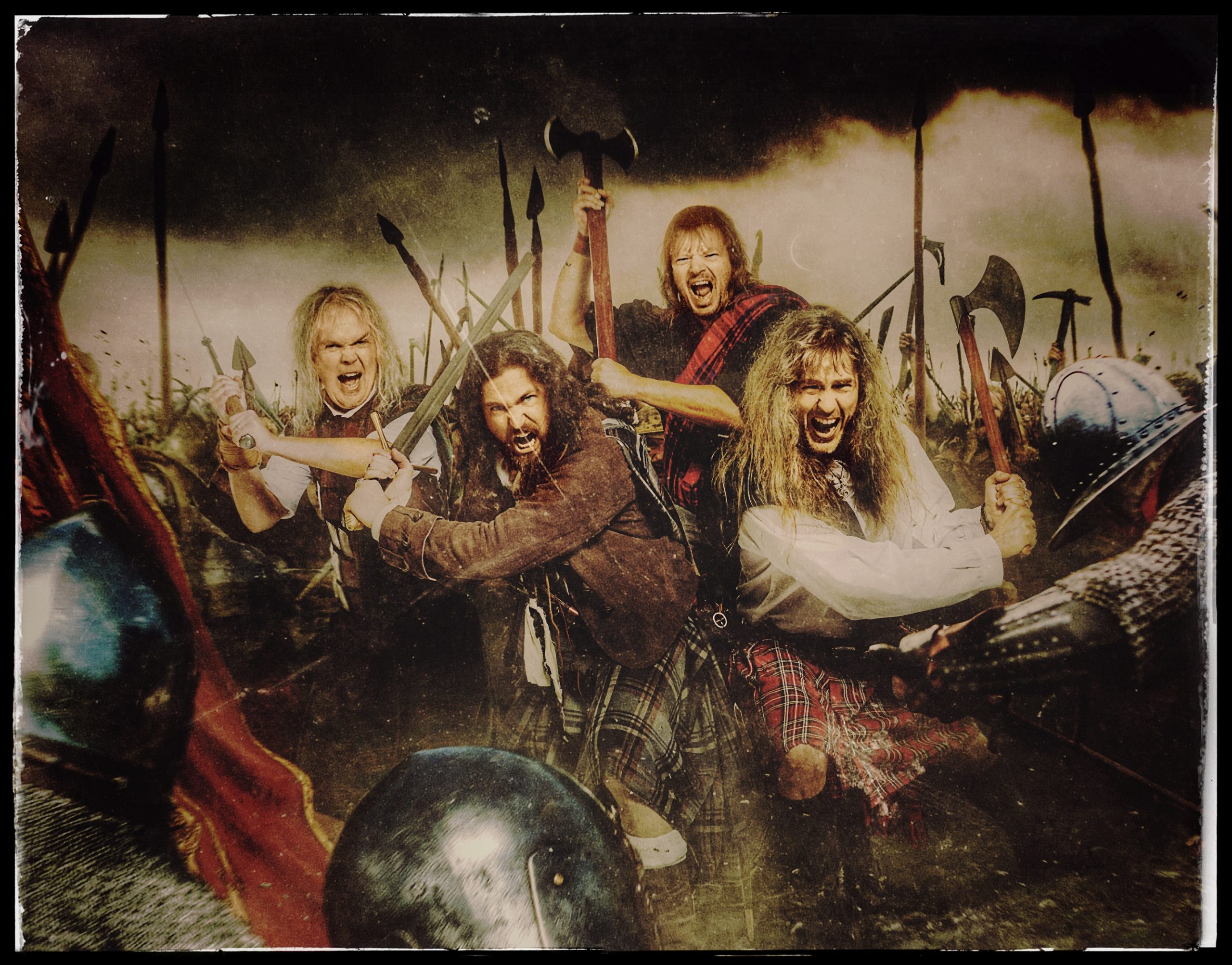 German Heavy Metallers Grave Digger are celebrating their 40th anniversary as a band in 2020 and they recently their newest opus ‘Fields of Blood’ (released via Napalm Records). Enough reason for Metal-Exposure’s Antonie to have a chat with Teutonic metal master Axel „Ironfinger“ Ritt!

First of all congratulations with your 40th anniversary as a band!

You recently release a new album called Fields Of Blood. How did the writing process for this album come about?
We thought it would be the time now to move back to the highlands and finish the last part of the trilogy, which includes a complete different way of songwriting. Think about the bagpipes for example, it way a real challenge for me to arrange them, because the have a complete different tuning compared to a guitar and a very limited range regarding melody hooks.

What makes this album stands out from all your other albums? What influences did you use to create Fields of Blood?
„Fields Of Blood“ is not like the album „Tunes Of War“, where the lyrics are some kind of history teaching, you get in school. This time it’s about a guy, who’s working in a museum and he got his day dreams about his family, which has been located in Scotland and he travels back to the themes described in the lyrics.

How does it feel to celebrate your 40th anniversary as a band when you cant play shows?
Well, there were many special open air shows planed with a big entourage of guest musicians like Wacken, Rockharz, Rockhard and many more, but Corona killed it all. But we have been rebooked for 2021, so we’re gonna perform all of the shows in 2021.

Are you thinking about doing live streams because some big festivals are doing that now ?
We don’t have any plans regarding that concept, but I’ll have a look at the streams to check out if this makes any sence.

Is there anything else you would like to say to your fans?
Become vegan! If all people were vegetarians / vegans, we would have no AIDS, no SARS and no CORONA!

Thank you so much for your time and hopefully we get to see you back on the road soon!