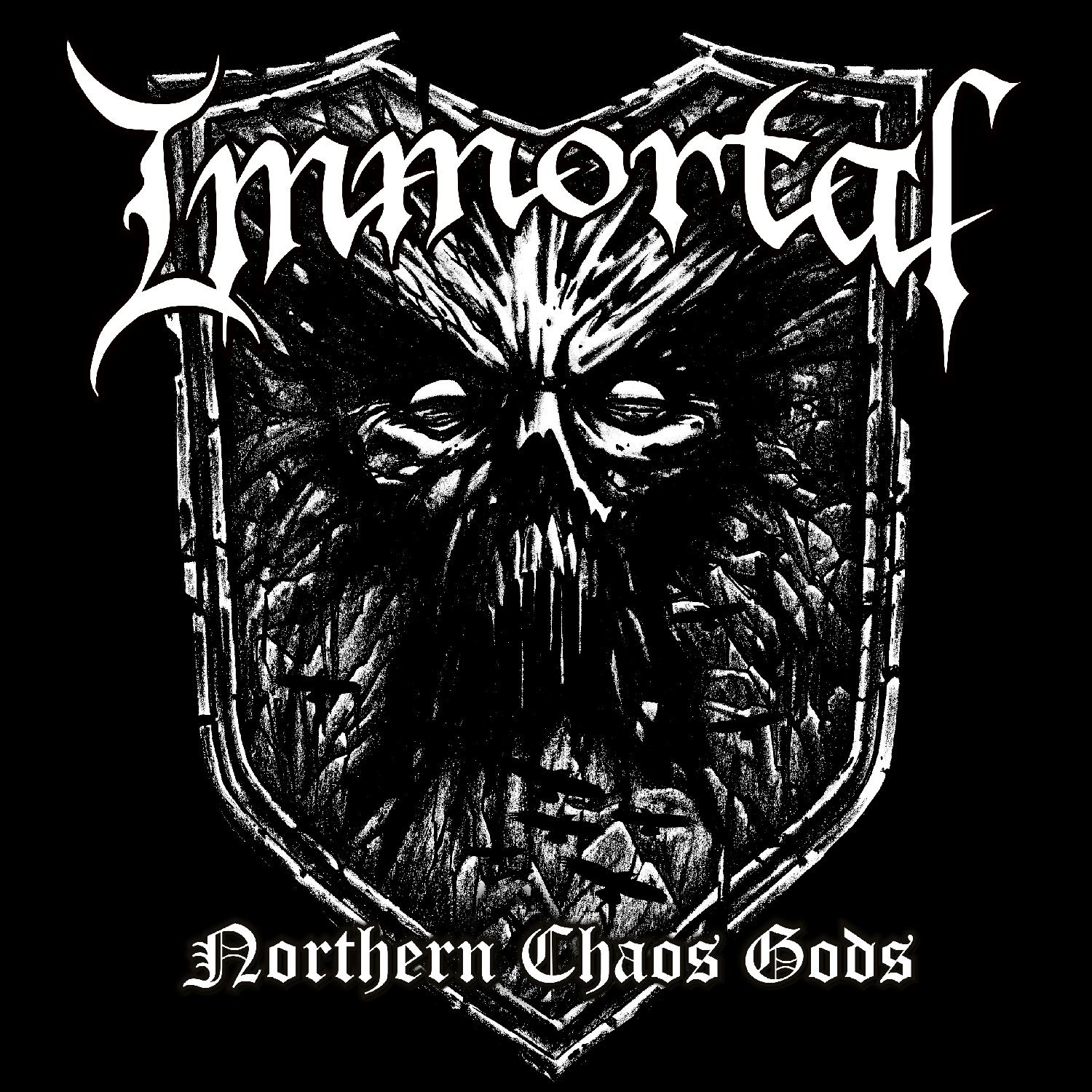 Immortal is back! Since Abbath left to start its own endeavour (with lack of better words) it has been a long time since we heard from the mighty Immortal. Demonaz now fills the gap of Abbath which makes sense since he has always been a creative influence behind the curtains despite the fact that an injury caused him not to play guitar anymore. Together with drum beast Horgh both of them took their time to put an album together which will put a chill through your soul. After the single Northern Chaos Gods, released a few weeks ago, the album with the same title will be set loose to create havoc around the globe.

And let me tell you: this album is better way better than its predecessor “All Shall Fall”. With opener and title track “Northern Chaos Gods” the unique and grim sound of Immortal including its well-known Bathory adoration are implemented in superb manner. A trip back to memory lane which reminds me of the more serious and aggressive times of “Battles In The North” and even sometimes a pinch of “Pure Holocaust”.

Follow up “Into Battle Ride” and the mighty and melodic “Gates To Blashyrk” together with the epic “Where Mountains Rise” and “Mighty Ravendark” are instant Immortal classics. Fast, grim, frostbitten, aggressive yet melodic hymns which stay in your head and keep you on your edge of your seat. Most impressive is the powerful and aggressive throat of Demonaz which spills it’s venom over you and makes you instantly forget Abbath’s squeaks.

This album is sheer fun to listen to and there are absolute no fillers to be found. “Northern Chaos Gods” is one of the most serious and powerful releases of Immortal. Produced at Abyss Studio’s it is a dark and high speed trip back to memory lane. This album should satisfy both fans and critics and proves that, despite the drama between Abbath and Immortal, this band is back. And hopefully for good! Get a copy of this great album if you can. Meanwhile I’m hoping for a swift return on stage for this Norwegian lads. They most definitely deserve it.