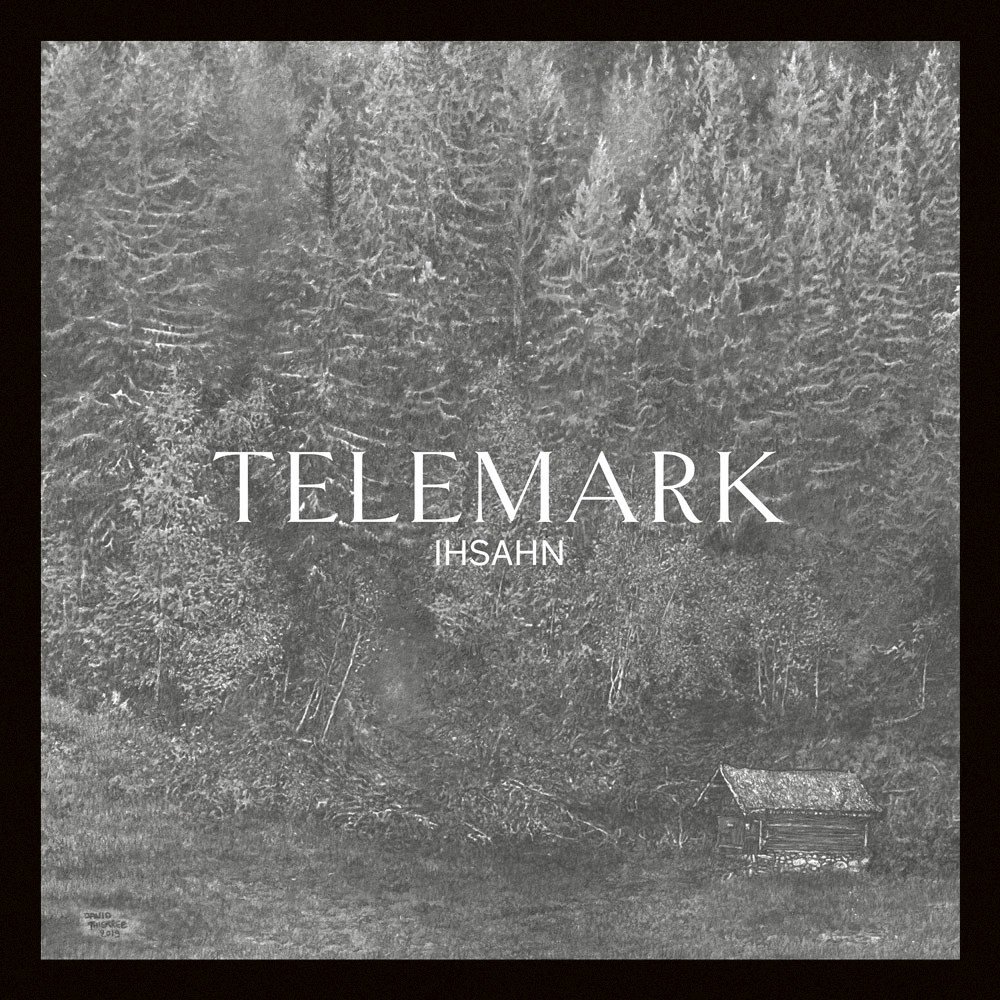 Ihsahn‘s solo work has always had a divisive character to me. The roots in extreme metal, the progressive and complex music, combined with the influences and a brass ensemble, leaves me  somewhere between being intruiged (‘Lend Me The Eyes Of Millennia‘) and not getting through the material. That said, there is no doubt that this musician’s craftsmanship shines through everything he produces. That divisiveness simultaneously functions as a bridge between prog and black / extreme metal, a path that is not easily trodden but will enrich your musical palette once walked.

Thus, when it was annnounced that the godfather of Emperor would release a new EP, it certainly felt like the time to follow Ihsahn’s trail to his home county Telemark, to which this collection of songs is dedicated and inspired by. Having also seen the limited version of this EP (black / transparant, with gorgeous drawings of Telemark in the snow), I was excited to dive in to Norway’s culture once again.

The EP opens with three new songs, starting with ‘Stridig‘. The slightly unorthodox tempo and riffs at the start have become a bit of a trademark for the solo musician. The brass instruments and warm production are in slight contrast with Ihsahn’s icy, harsh vocals. In a little over five minutes, the aggressive song leads you through a powerful, raw soundscape (or landscape, if you want to see it like that), with a touch of mellowness and hard rock infuences. It’s probably the most powerful track of the collection.

‘Nord‘ sounds more cozy and is a mid-tempo tune with soaring brass parts and a distinctive bass sound that is prefered over fast, metal riffs. Instead of focusing on the extreme, this song mainly highlights the layers that each of the instruments carefully build. While not a favorite, it testifies that creativity in songwriting without focusing on the ‘common’ ingredients such as a bass, guitars and drums is a craft that Ihsahn masters.

The folk orientated guitar melodies with which ‘Telemark‘ opens are reminiscent of Hardingrock. That’s not strange, since that project was called to life to honour the Norwegian folk roots and by the same composer. After a minute or two of listening to pleasant melodies , the raspy vocals cut into the song and extreme metal influences are welcomed back. This combination of proggy/ / slightly jazzy black metal and Norwegian folk are exactly what one would expect from this EP: a perfect culmination of all the elements above.

The last two tracks are cover songs and they embody that side of Ihsahn that is hard for me personally to get into. ‘Rock and Roll is Dead’ sounds like a version performed by a big band with a metal vocalist that seems out of place. ‘Wrathchild‘, is a pure rock and roll song, that Children of Bodom could have pulled of covering, but again seems like an odd and unfitting choice. It will depend one’s own opinion of course, but I would have prefered to hear more of Ihsahn’s own material or different covers.

All in all, Ihsahn fans will definetly love Telemark and they should. Even though I could have done without the covers, I for one am curious to explore Telemark further with the next EP.