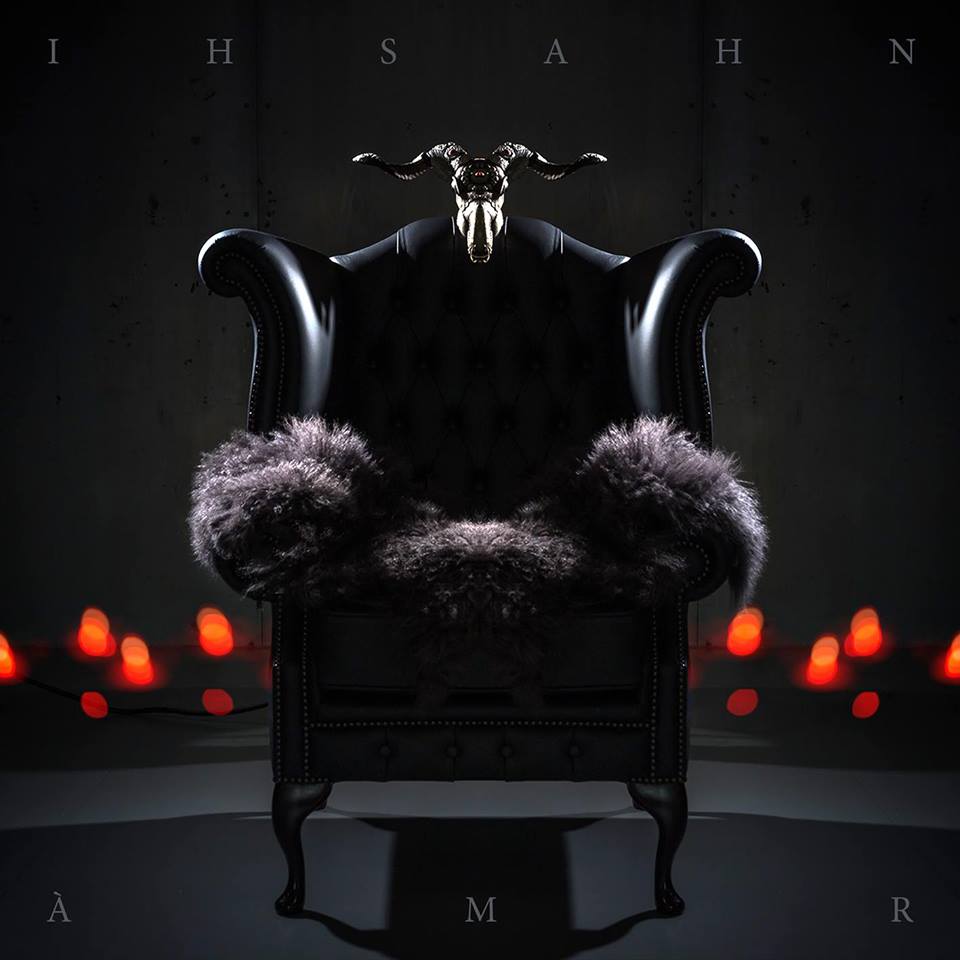 Even though I’ve sincerely enjoyed Ihsahn‘s side projects like Peccatum and Hardingrock, I never had a thirst for the solo work of Norway’s favorite black metal musician. It always seemed too, peculiar. The realisation that my taste buds have evolved to liking this particular brand of extreme progressive metal came after hearing the first single “Arcana Imperii” from the new album Àmr and more importantly, the show at Inferno Festival last March. Thus, when Àmr landed on the digital desk, I didn’t hesitate in picking it up for reviewing.

Opener “Lend Me The Eyes Of The Millenia” confirms my initial suspicions. With blast beats, the trademark harsh vocals and majestic orchestrations it’s probably one of the more straightforward, extreme songs on the record, hence also the reason why it is one of my favorites. The ex-Emperor frontman doesn’t shy away from using dark electronic samples which you’ll hear often on this album.

The first release of Àmr, “Arcana Imperii” , reveals the progressive influences in the music. With a staccato rhythm, a brass ensemble and a lot of diversity in the song structure, it’s a song that needs to grow on you, which it will as it also carries a more traditional vibe. The lead guitar melody on “One Less Enemy,” combined with an infectious groove and the clean vocals will pull you right in. Ihsahn’s snarls give the song a razorsharp edge on the other hand. A well thought out contrast that instantly makes it my nr. 1 on the record.

Àmr features a couple of tunes that are, at the moment of initial listening are bit harder to digest. “In Rites Of Passage,” starts off with another catchy groove, but transforms into a whirlwind of musical impressions within seconds. The changeable rhythm, oddly timed computerized bleeps and tempo changes make are hard to take in straight away. Still, a bit like “Arcana Imperii”, it’s one of those tracks that needs time to engulf you (and it will). “Twin Black Angels,” is a poppy song that reminds of Ulver. Amidst the songs on Àmr, it feels a little out of place and I am not yet convinced this style suits Ihsahn’s clean voice.

For die hard prog fans, the record might not be proggy enough and it might be too proggy for extreme metal fans. Ultimately, Ihsahn’s work will probably always have a bit of an acquired taste, but the Norwegian musician tends to deliver quality and originality. Àmr is nothing short of a fantastic work of musical expression.

Read our review on Arktis here!