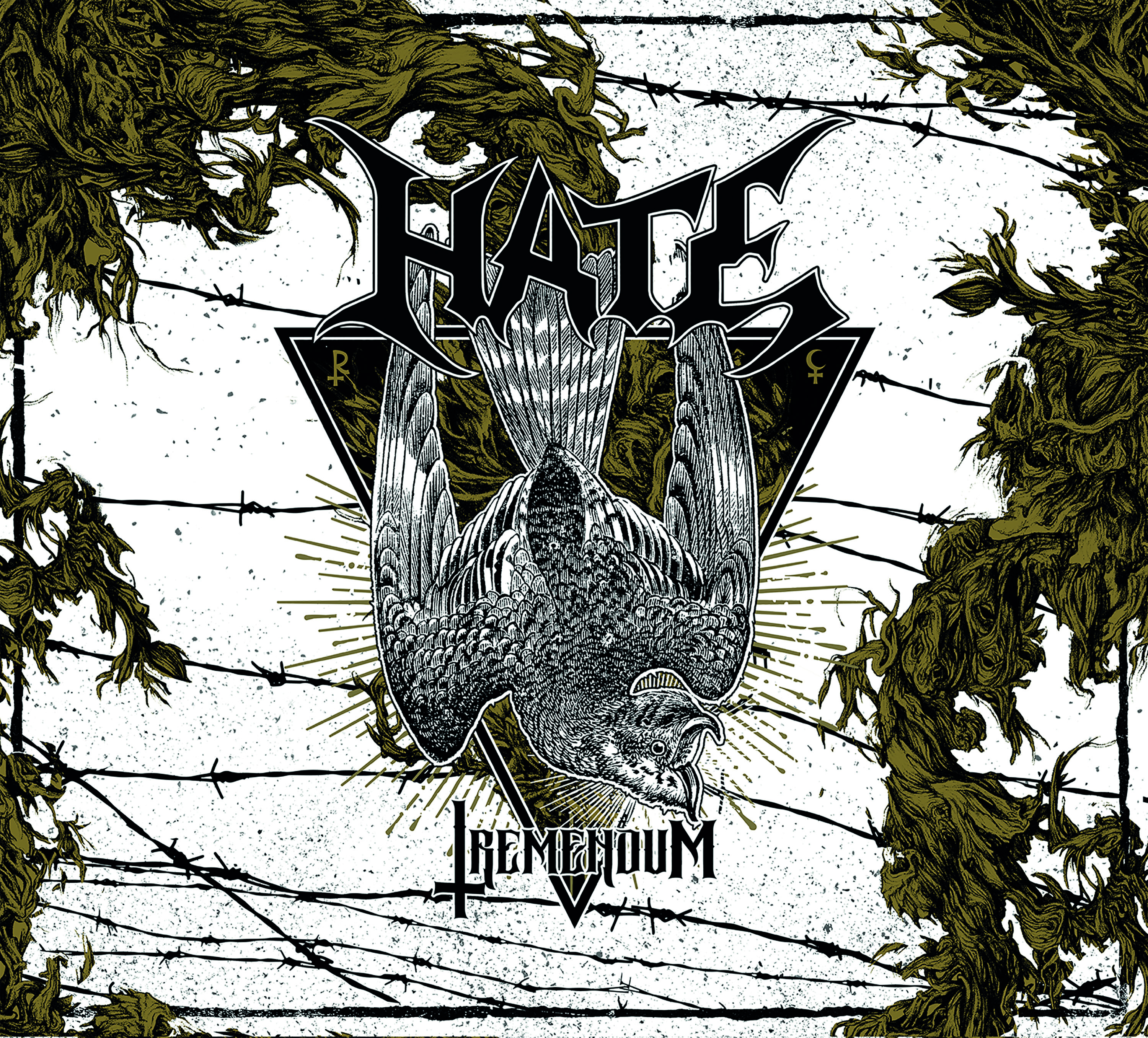 A few weeks ago, I was happy to find yet another album of Hate in my inbox. It has barely been two years since I reviewed their previous album Crusade:Zero and I can’t get enough of this band, so Tremendum was welcomed in this household with open arms.

Hate has walked on the blackened death metal path since they were formed over 25 years ago and have led the way for this almost typical Polish style of metal ever since. Where they have dwelled in the underground for quite some time, they have been rising up for about ten years already, and especially the last couple of albums did get high praises and they have established themselves as a well-known name in the world of metal.

The past few years haven’t been the easiest for Hate. After the death of bass player Mortifer in 2013 it was even doubtful if the band would continue, but with the release of Crusade:Zero in 2015, which was dedicated to Mortifer, the band showed us that they were stronger than ever.

Tremendum continues this line of getting stronger and has an even more aggressive sound than its predecessors. This mainly because for the first time, Hate seems to have put the main focus on the black metal part of their sound. The album is filled with blast beats, raw vocals and strong guitar lines. Already during album opener Asuric Being we hear hints of Hate experimenting with their sound, but listening to third song Svarog’s Mountain, or Into Burning Gehenna ,which are almost straightforward black metal songs, it is crystal clear that Hate is somewhat walking on a new path in their career. The atmospheric, dark and almost mysterious tunes of Numinosum even reminds me of Dark Fortress a bit, and barely shows any hints towards a death metal sound anymore.

But don’t think Hate have lost their identity and took a turn in a complete different direction. Listening to a songs as Sea of Rubble and Ghostforce we hear a bit more melody and more the ‘classic Hate’ sound.

From the marching start of Asuric Being until the end of Walk Through Fire, it almost feels like I am drowning in a huge bombastic wave of sound. Hate may have crossed over to the black metal side just a little more this time, this typical bombastic sound that marks them still is to be found everywhere on Tremendum.