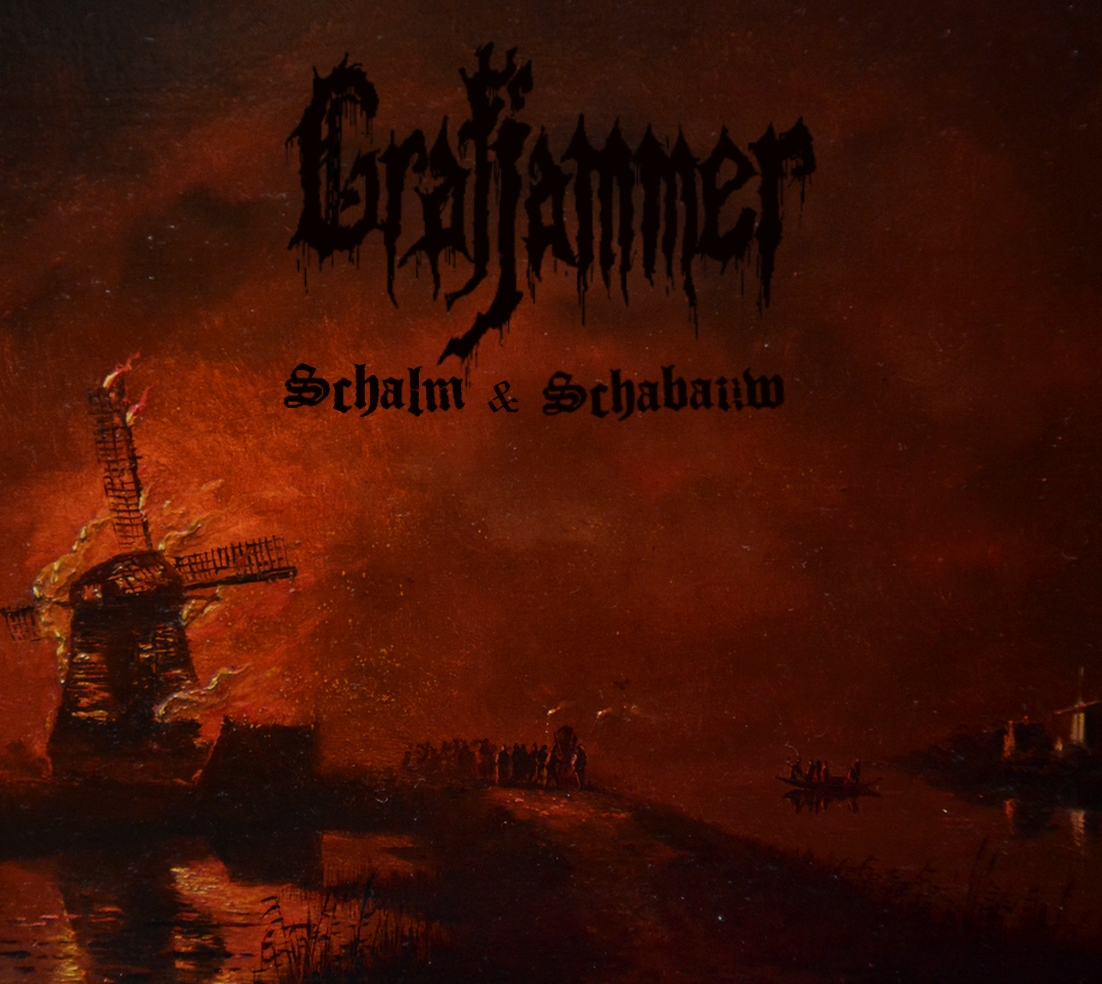 The Utrecht based black metallers Grafjammer are back. They already have a demo (Smeerenburgh , 2012) and a full-length (Koud gemaakt, 2015) on their name, with the second coming: ‘Schalm & Schabauw’ (to be released on the 10th of February).

If you think you will get screeching horror sounds from the grave read no further for this band makes no such music. This is music for stormy nights and a bottle collection of gin.

With the start of the first song called ‘Het Rottende Schompes’ Grafjammer pulls you right into oldschool black metal vibes with a black ‘n roll twist. No rest for the wicked, as the drums are fast and wicked and stay so throughout the whole album.

The beeping of morse code introduces the second song is the only rest you’ll get on Schalm & Schabauw. The songs on the record merge together easily and I feel like I am listening to one song of 33 minutes.

As I work my way through the songs, ‘Gallemiezen’ is the first song that I really like. Not only for the reason that I really like the word ‘gallemiezen’ which roughly translates to get destroyed, but the terrorized screams before the veil of death that this song is gently surrounds you are fading away are very promising. While I hadn’t really been impressed by the drums so far, in this song they do impress me. I am surprised by the somewhat irregular beat and I think this is the best song of the album for me.

The rest of the album is a well thought of mix of faster paced songs and songs that are still fast but do not burst your eardrums. All in all it is a really decent album. Since I am very fond of the Dutch language, and the usage of old fashioned words they get a bonus point for that. In my opinion this is the best release of Grafjammer so far. The music does not appear to be very complex although it has a few unexpected riffs here and there.

Where ‘Nedernekro’ is one of the songs featured on this album, I also believe it is an excellent description of the music Grafjammer composes. It is easy to listen to, about death, pain, swollen corpses, and many references to Utrecht (got to give credit for that, since it is my hometown), and of course about alcohol. It might not be very renewing but it’s 33 minutes well spent!