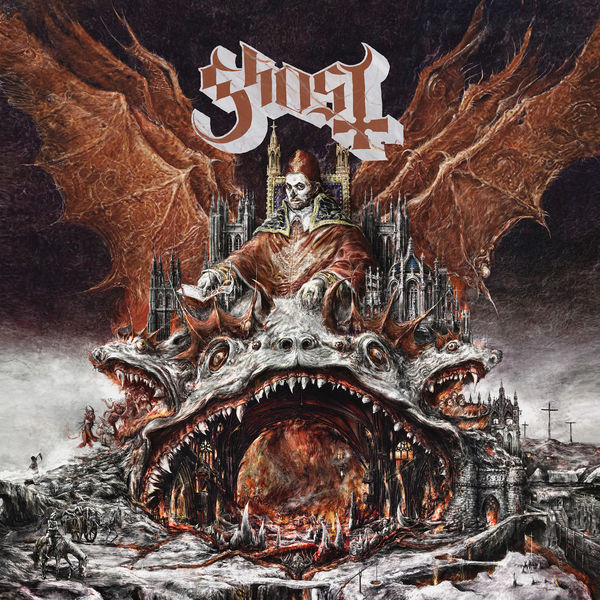 Swedish band Ghost released their 4th album titled Prequelle with a new face and sound. This time vocalist Tobias Forge takes on the form of Cardinal Copia as Papa Emeritus is announced dead. The album starts off with the song “Ashes” which is sung by Tobias’s daughter and is based on a nursery rhyme during the great plague; that seem to have a great influence in this album. Rats follows up with the theme of death and destruction in a catchy 80’s prog sound. Faith stays loyal to the earlier doom sound Ghost created. One of my favorite songs of Prequelle is “Dance Macabre”. It has a certain pop influence that reminds me of Abba. The video which was released for this song featured Instagram videos of Kirk Hammet, Chris Jericho, Aleister Black, Phil Anselmo and many more. Other guest musician, Mikael Akerfeldt (Opeth), plays acoustic guitar on the old school prog instrumental song Helvetesfönster.

Prequelle is a great way for people to get into Ghost and with easy to sing along songs, this will be a great addition to their new setlist. The album is a mix between Doom Metal, Hard Rock, Arena Rock and Pop Rock. Whatever is next for Cardinal Copia and his Nameless Ghouls only time will tell. Some of the veteran Ghost listeners might find this a bit all over the place but you just need to give it a few playthroughs and it will grow on you.