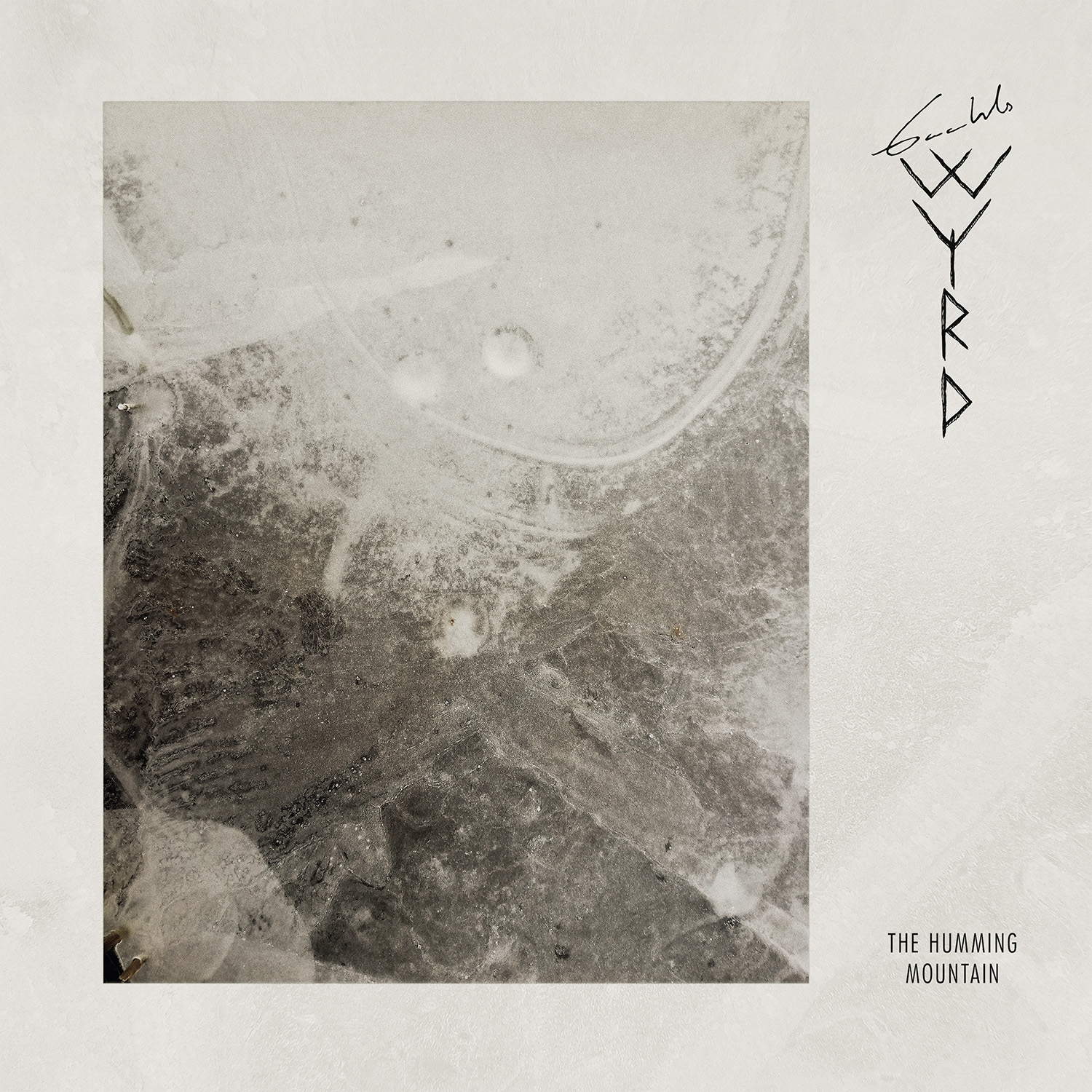 Gaahl and probably Gaahl’s Wyrd don’t need an introduction. Being around in the Norwegian music scene for three decades and lending his unique vocals to illustrious acts as Gaahlskagg, Trelldom, Gorgoroth and Wardruna, Gaahl is a force to be reckoned with.
A few years back Gaahl’s Wyrd managed to release the highly acclaimed “GastiR – Ghosts Invited” album. It even won the Spelleman award in Norge, which shows the sheer craftsmanship, diversity and quality of Gaahl and co. Now after two years Gaahl and his band of fiends are back with the EP “The Humming Mountain”.
Better said mini album since it is something of a concept album were three of the songs were originally written for their debut album.

When listening to the soothing, introspective, melancholic guitar parts of opener “The Seed” traces of “Gastir” can surely be found. This lengthy song enthralls you in a soothing, dark mind set which drifts you away from our ghastly modern reality. Title-track “The Humming Mountain” could really fit well on their debut with its haunting slow guitar and dreamlike keyboards and ambient undertone. “The Dwell” on the other hand is more ferocious of nature. The same can be said for the highly atmospheric “Awakening Remains – Before Leaving”. They both remind me of Trelldom while the soundtrack-like closing track “The Sleep” sees to it that this mini album ends like a fading candle and can be seen as an outro.

Once again great craftsmanship is being provided and Gaahl his voice sees to it that this Esoteric piece of work has an extra touch, but I must admit that “The Humming Mountain” is lacking somewhat of coherency. The more soothing, melancholic slower parts don’t match exactly with the more aggressive tracks. This sees to that this EP is very hard to listen at times. It feels like you are listening to a split EP with two bands albeit with the same vocalist.

On the other hand: the songs themselves are intriguing enough to stand on their own. As a concept album this piece of art is lacking some “glue” but the songs themselves are pure enjoyment. Although the idea of a concept album has failed “The Humming Mountain” has enough to offer to please fans. Let’s hope that the next release has more coherency.