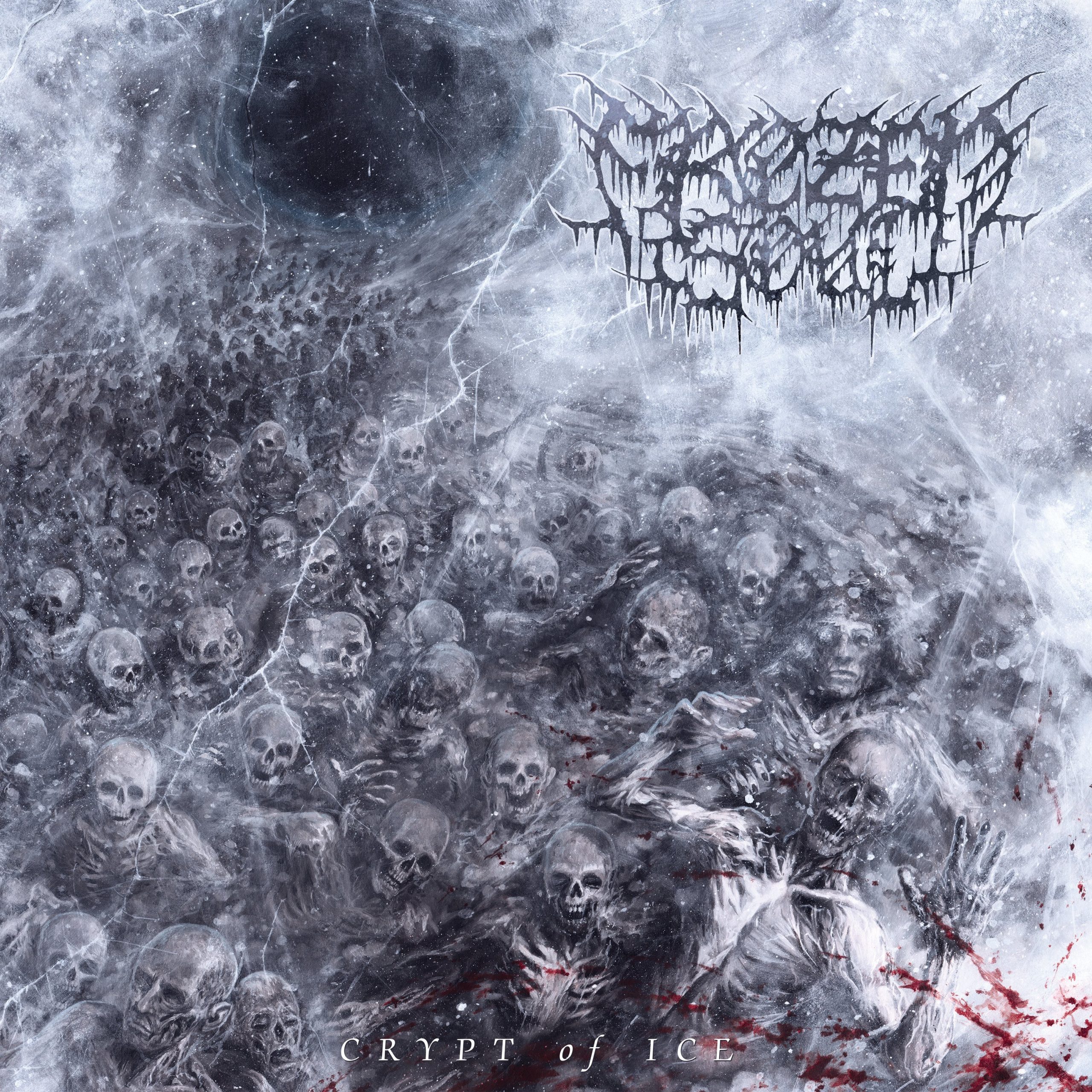 Anyway, sometimes a group of people can just play some good Death Metal, without trying to reinvent the wheel. A band chose that path is Frozen Soul, hailing from the one country that you can get deep fried Oreo in (you know you want it, shut up); USA.
Sure, it’s nice if and when bands try to reinvent the wheel but if I’m to be honest here for a second – most bands who step out of the boundaries they know, end up with bad results. However, most of Metal in general and Extreme Metal in particular isn’t about originality per se, but about smashing bodies onto walls and other nice things.

The album starts its’ relaxed tempo with a title track, that quickly transforms into a chopping, double-bass led, catchy as heck structure that begs you to turn up the volume, whereas the sound here is so thick you can almost make dough out of it. The music continues into the 4:20 marked “Arctic Stranglehold” that smashed any doubt I ever had about this album, to about a gazillion pieces, while the rotation between riffs kept the interest level at peak, making my ear want more. Which it didn’t right away get, as “Hand of Vengeance” slowly crept with a melodramatic intro (a recurring thing here, as “Wraith of Death” does the same thing), to try and add a layer of… ice, on top? Right after it, however, the inside parts of my brain that are responsible for the registration of sounds had some good time again, as the neck-breaking chorus kicks in again and again and the clear guitar tone paves the way through the frozen ice plateau that this album so far is.
Now, let’s get something out of the way. Bolt Thrower is my favorite band, and I cannot let go of the fact that Frozen Soul are shoving around two tons of BT influences in there, some more evident than others. I mean, heck, just listening to the guitar work in “Merciless”, “Encased in Ice” or “Twist the Knife” makes it crystal clear to anyone who’s a Thrower freak.

Now, I’m not saying it’s necessarily bad, as they pour in a lot of other spiritual forefathers’ work inside, but most importantly they manage to get that certain modern twist working just fine.
The vocalist kills with relatively low, unchanged yet fitting growls that may not sound very frosty, but do the job when not taking over. He manages to turn the songs to a violent array of elements that through him, connect even more and cover weaker points in songs that otherwise would’ve maybe been more accentuated.
In conclusion, Crypt Of Ice isn’t really cold. I mean, I would describe it more as having someone step on your head until you bleed from your ears… while looking at, let’s say, ice cubes. Whatever the description one wants, it doesn’t change the fact that the bands’ first full length album is a major release and should be getting the attention it deserves because it’s a good release. As simple as that.