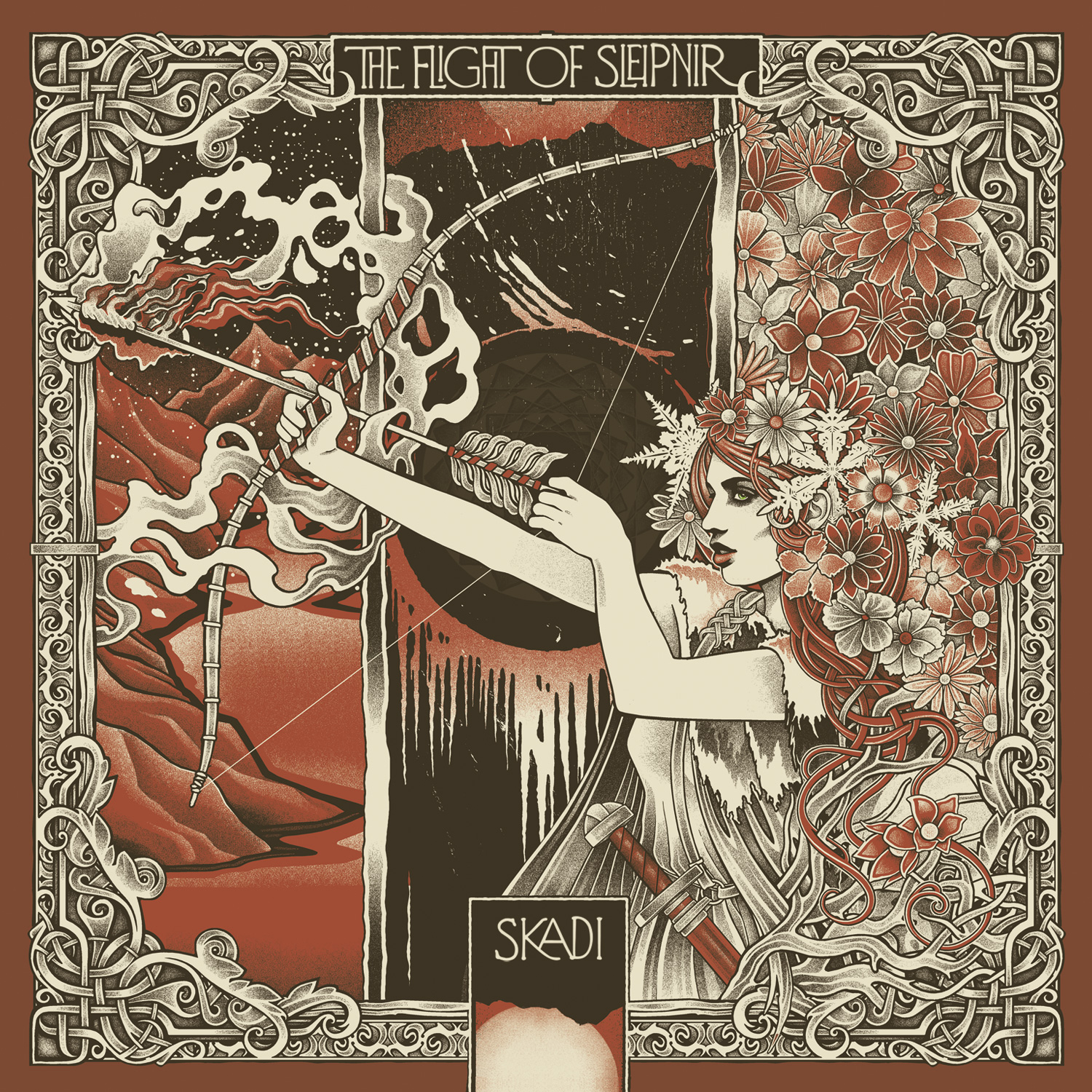 By: Ingrid
It’s been a few years since I first got to hear Colorado based band The Flight Of Sleipnir and I have been impressed by them ever since. Now that they’re releasing their sixth full length album Skadi at the start of 2017 I got excited to listen to it, because this band hasn’t disappoint me so far.

The Flight Of Sleipnir’s main focus lies on doom and stoner metal, but the band is influenced by so much more than that. They obviously are inspired by Scandinavian folklore; and even though this mainly can be found back in the (lyrical) themes, music wise there are some folk inspirations to be found as well.

Where their previous album ‘V’ was very doomy, Skadi has more hints towards a (post) Black Metal sound, and also the folky sound is absent. Already during the first song Awaken, we hear a somewhat black metal riff passing by and I was pleasantly surprised. The song starts very slow and heavy, but about one minute in it is suddenly put on hold for a brief second and goes on as if a complete new and different song begins. But not only that; The Flight Of Sleipnir really is exploring all kind of different depths on Skadi. The black metal sound easily transforms into an acoustic part; and where Earthen Shroud starts with an almost Wild Wild Western sound (honoring their roots?) it merges back to the more familiar doom with black sound in a smooth way. These men certainly know how to experiment and they’re doing it right.

Where all the other songs despite the merge of styles are pretty dark atmospheric with piercing screams, low and heavy guitars and double bass drums, Voices is a song that makes you feel like drifting away in a calm ocean. The song is instrumental, with the main focus on the acoustic guitar and the violin.

Last song on the album Falcon White is competing with Earthen Shroud to be my favorite song. Falcon White has it all, an atmospheric and calm start building up to a hard and heavy ending. The song is layered with calm guitar solos, as well as deep and dark riffs, calm bells and screaming vocals.

Playing with different styles of music and putting a lot of variety in one album can be risky. Songs, or even an entire album, might get messy and sound very incoherent. The Flight Of Sleipnir proves quite the opposite with Skadi; if you do the right way, it will lift you up and extend your sound.