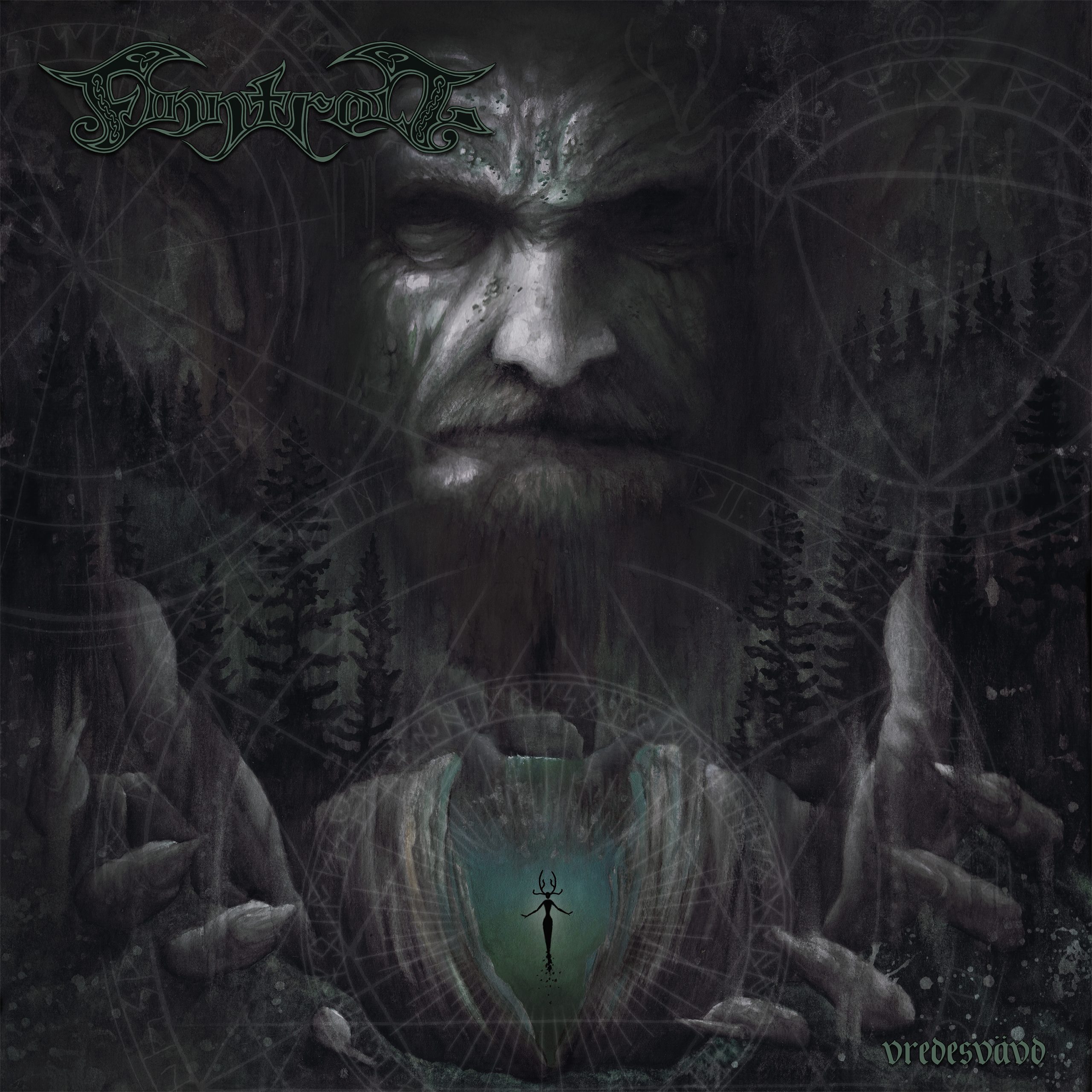 To all of you who have been living under a rock the past decades and don’t know Finntroll yet, let me introduce them to you.
First of all, you are quite alike. The combination of rocks and trolls seem to be a thing, and ever since they have taken on their new pointy ear look it’s even more convincing. On promo pictures they like to crawl out from under their rock as well, but the thing that’s not ‘Rock’ related is their music.

It’s fair to say that they’re one of the pioneers of Folk metal, and one of the most well known bands in the genre. Yet Finntroll has created its own unique sound from their first release Midnattens Widunder on till this day, by combining Black Metal with typical Finnish Humppa.
Through the years the focus point has switched from more folky, to a darker and blacker sound and since Blodsvept to a more theatrical approach; but Finntroll always stayed true to their true self and sound and it’s always easy to pick out their songs, the same applies to Vredesvävd.

With an intro (Väktaren) that makes you feel like Bilbo Baggins wondering if you and your dwarf friends are going to get cooked or not, it’s immediately clear that the band has stepped up their game. It sounds as if Howard Shore and Blind Guardian had a love baby and I absolutely love it, even though it’s probably the only song on the album that doesn’t scream ‘Finntroll’.

But the recognition soon sets in when Mathias ‘Vreth’ Lillmans opens his mouth in the bombastic Att Döda Med En Sten. It’s not only the brutal vocals that sound familiar. The riffs remind me of Solsagan, as well as Trollhammaren.

With already released single Ormfolk, and Gränars Väg, up tempo drum beats and keys maintain the overall humppa sound on the album and makes you want to bounce around. Yet when Forsen sets in the atmosphere gets a little darker and we’re dwelling a bit deeper into the forest of the trolls.
Descending deeper, we reach what definitely is my personal favourite song on the album, Vid Häxans Häd. Keys dominate here, creating a great atmospheric, eerie sound. No surprise that this is also the darkest song on the album, with guitars and keys awesomely working together.

Reaching the end of the album, the songs get a little heavier and up tempo again, with the other single, Mask, as a good example. Recognizable, catchy, yet very mature riffs makes it easy to connect Vredesvävd with previous albums.

As expected, Finntroll didn’t disappoint. I’m glad the band stays true to themselves and take their time write their albums, and don’t give in to the pressure that might be felt to bring out a new album every other year, but losing quality, like some of their colleagues in the Folk Metal world.