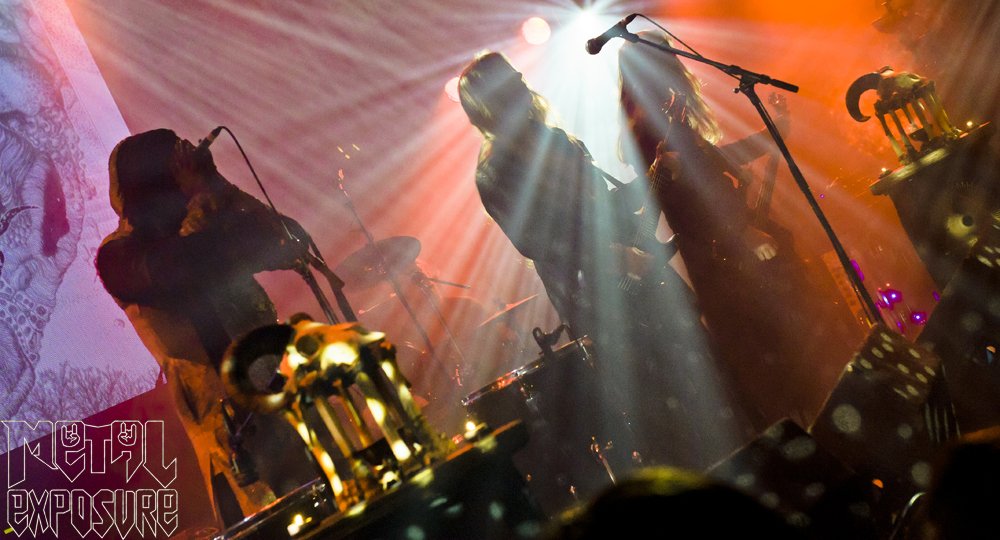 Well, hell isn’t it about time? Time for a full day of loud music, loud people and (some) loud beer drinking? To properly kick-start 2018? Well, lo and behold! The Gods brought us Black, Doom and some Death-on-a- Roll to Rijssen, much to the joy of those in need (yours truly among them). This year, Lucky Rocks had a more than decent line-up, counting Pestilence, Batushka, Rebaelium and Schammasch among its ranks. And indeed, the Devil looked at the outskirts of his realms, smiled and saw that it was going to be good.

Set in the region better known as Twente, Rijssen is located in the eastern middle of our small muddy and meadow riddled country. The Lucky, on the outskirts of town, looks like many other, unimaginative utilitarian buildings (although notably lacking windows). Looks deceive however, as the inside is set up as real party factory, including plenty of space for an actual pub, three venues (two of which were used) and a snack bar to obtain much sought after calories, present in the infamous Dutch fried food (aka: “een vette smoel halen”). 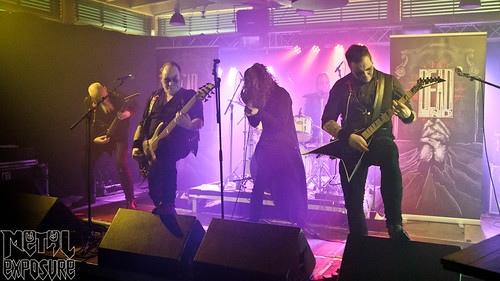 Dead End, although the name suggests otherwise, was the first band to kick off. A pleasant death/doom type of metal that was played very well. A type of groove that might have had some strange bits here and there, but still nice to listen to. Witnessing the craftsmanship of their guitarist also betrayed a level of talent one would not directly expect from an opening band. 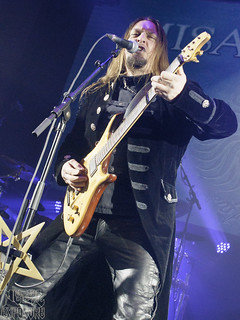 Misanthrophia was the first band to play the main stage today. There weren’t that many people inside the building yet, so the band had to try hard to lure everybody in. They succeeded pretty well in doing so and there were some enthusiastic people having a great time. The band played a decent show and I was impressed by their professionalism; they’re good live musicians! After a few songs I struggled to keep my attention though, there’s a sparkle missing in their music and it’s not standing out. (I)

It must have been years since I last saw the Dutch death metal veterans of The Lucifer Principle, back when the bass was still a contra bass (now swapped for an electric one). It is a good addition to the line-up, since the band is well known in the area and has built up a solid brand of metal over the years. The groovy tunes (sometimes reminiscent of Kataklysm) and the encouragement of vocalist Earik manage to get even the most laid back metalheads to nod their heads to the rhythm and some heads banging. Even at this relatively early hour, TLP got the party started. (L) 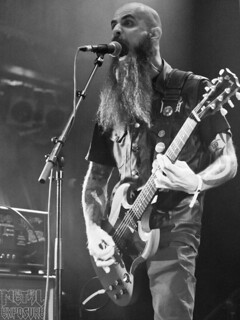 Three man Brazilian show Rebealium know what they are about! Super fast paced drumming (with variations and composition skill that make you forget ‘its just a drum kit and a man’ every now and then) aided by just a guitar and a bass. But, as with the drummer, the guitarist and bass made so much music, a second guitar was not required. Not at all, actually! Man, these guys knew how to shred and perform a brutal, dual vocalized avalanche of death metal. And indeed, I found out once more that this is (personally at least) an underappreciated genre, for I’d missed this gem in the previous years. 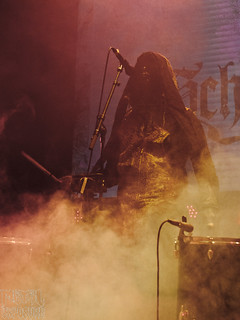 Definitely not underappreciated (at least to yours truly) are the Swiss ‘poster’-boys of Schammasch. One of the acts that have shown how to combine intelligent song and lyric writing packaged in a very aesthetically pleasing type of avant-garde black metal. No real surprise: my personal favorite of the evening. Compressing most of their latest EP (Hermophrodite) as the opening song is no mean feat and turned out as an enchanting experience. I recognized parts of the Prologue, These Tresses are Sacred and Do Not Open Your Eyes. Dressed for the occasion in long, adorned robes, and a fully blackened (ghost-like) frontman, Schammasch did their work to look the part in their show of decadent dualistic metaphors. Though not everybody appreciated their dragging intro and subsequent parts of Hermophrodite (“the intro took all of the show! When did it end?”), I appreciated the ‘foreplay’ and composition shaping massively. After Golden Light and Metanonia, I was therefore also slightly disappointed with the show being at an end.

Being part of the Batuskha and Schammasch tour package, one man band Trepaneringsritualen also conquered a spot at Lucky Rocks Metalfest. As much as I enjoy an uncommon piece of music, today the ritualistic chants of Th.oth XIX fell completely out of place. In a venue where people where looking to party, mosh and drink, a single band member on stage – supported by a backing tape and who is attempting to create another, obscure, otherworldly atmosphere, simply does not add up. Not to my surprise, the room emptied in the duration of the set and most metalheads still present used this moment to catch up with each other, not really with Trepaneringsritualen. I am sure this performance would have been hypnotic in a small, dark, preferably candle-lit room, so I’ll make sure to give it another go in another setting. (L) 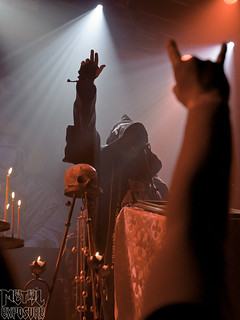 One of the big headliners of this night was obviously the mysterious Polish black entourage Batushka. Having released just one album (Litourgia) that was well received by many, they perform an entire (black) mass on stage. Complete with hooded robes, candles, incense and preaching furniture. Aside from all this pomp and props, they played incredibly good. Having seen them a couple of times already, this was clearly one of their strongest shows. The (10 string?) guitars were spot on and both the clean vocals by their front man as well as the backing choir worthy of a classical recording. This is one off those bands that do everything right: the music is wonderful, accessible yet mysterious; their stage play is true show to look at and the talent of the musicians appears very high indeed.

Well, after these two rather heavy and serious acts, a portion of heavy fueled blackened Death-n-Roll is very welcome indeed! The portion goes by the name of Heretic and is truly awesome! The energy of a full blow rioting punk mob with the speed of an F-16 fighter jet (and just as old-school) – I loved it! Banging and moshing around like something crazy I enjoyed the aggression release called forth by this three headed Dutch entourage. Playing black/death-n-roll (think Bathory on a punk-pub row) like there is no tomorrow, every song lit up the small venue in the pub room. Beers spilled and bodies clashed, but it was more than worth it! 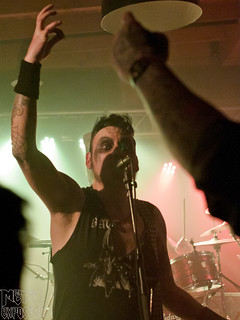 The legends of Pestilence formed in 1986. Splitting up in 1994 and reforming in 2008 (and another small hiatus between 2014 and 2016), they are now active again with full length album, Hadeon (release 26-Jan-2018, touring mid March through the Netherlands). Starting off as a thrash metal band, Pestilence has evolved musically to (technical) death metal while later on even floating off to jazz fusion. Not much of the latter was to be heard, as they happily chugged away some good ol’ death metal. I was even happy to recognize Out of the Body, one of the few songs I know. The show play itself was a bit dull, not helped by by Patrick Malmeli reading the lyrics from his phone (?) on a stand. This however, did not stop the audience from having a blasting beer fueled mosh-pit, because, well that doesn’t need an explanation, right? It’s Pestilence!

Good venue, good bands and a good atmosphere – my 2018 metal season has been officially kick-started! And the Devil, having tempted us with that last beer, saw that the hangover was well worth it. He also saw that it was a good one.