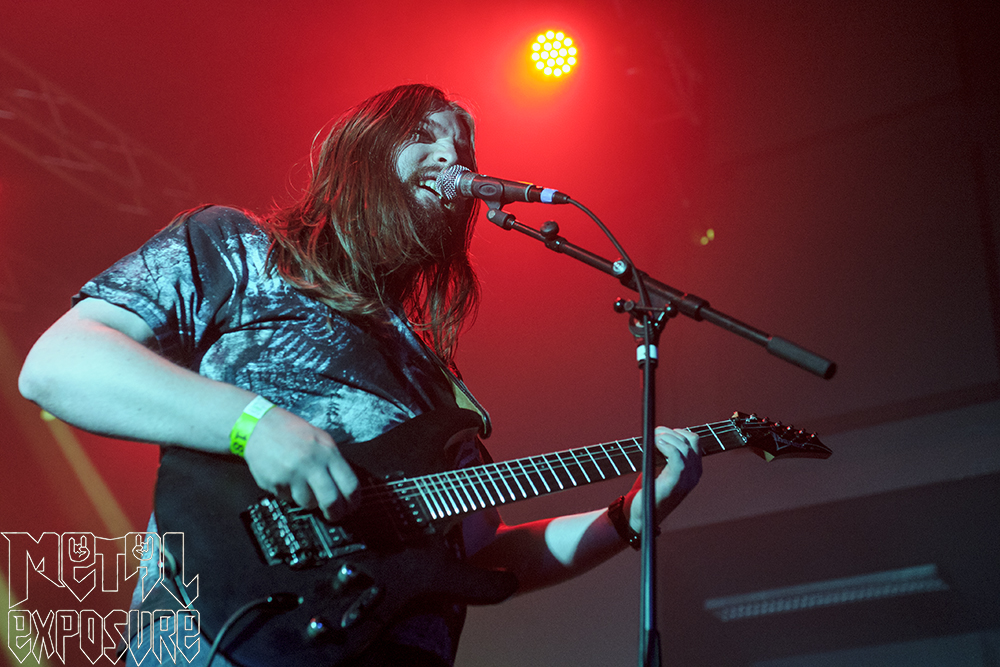 Words and pictures by Wouter

The 23rd of June, Death landed in an otherwise quiet town in the North of the Netherlands: Drachten. Death was there to party to some quality tunes old and new, to kick around some dust and shoulders and have a beer or two in the process. And, like the Devil, Death saw that it was good. 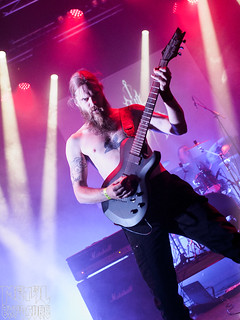 First band to raise kick up some dust and have heads nodding was Dutch (Frysian) black combination I am the Crown. And wow, that was quite something. A mix of early Der Weg Einer Freiheit meets early Emperor, if I had to put an association to it. The two guitars worked magic in ways that, although maybe a bit rough on the live playing routine, did miracles. Mircales for saying “fuck no” to people who say modern bands are not innovative or talented. Taking the Kübhler-Ross ‘model’ for the five stages of dealing with death as inspiration for their likewise titled album ‘On Death and Dying’, these guys put down a unique blend of doomed (post) black metal 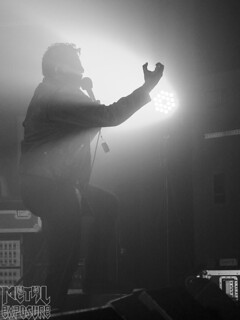 After Death was done dancing his complicated not-so-quick-5-step and had his beer, Carnation (Belgium) washed our ears away with some torrential, brutal death metal. One guitar tuned a la Bloodbath had my ears and interest piqued directly, ready to witness more of this quality entourage. Although not much new, they played damned well. Their frontman lathered in Satans’ Oil of Olaz, which only shines in the dark (where can I get this stuff?!) did his best on restlessly walking and prancing around on stage. And, while looking for invisible oranges, this made for an entertaining vista.

Despite some sound(cable) problems, Frysian (Dutch) old-school black metal entourage Kjeld managed to put down another very good show. Granted, they are what I would consider one of the best black metal acts the Netherlands have to offer. But I am still blown away each time their ice cold riffing and melodic brutality hit the stage. While head banging like a man gone crazy to Bern fan Freya and more recent Wanskepsel, Kjeld also immersed the rest of the (home) crowd in mythical, blue-cold darkness. 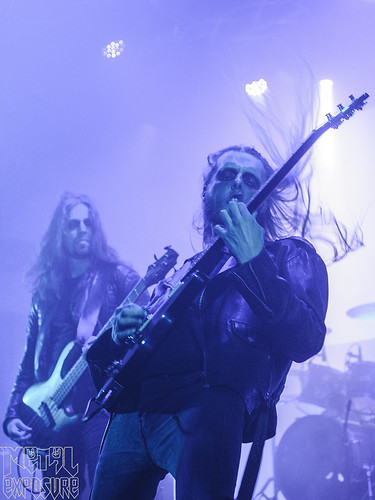 Deciding against the somewhat overpriced in-house hot-dogs and instead having food elsewhere meant we had to miss Izegrim, unfortunately. But hell, even Death has to eat every once in a while, right?

After some shoulder punches to scare away the after-dinner-dip, Hooded Menace (Finland) made the stage. Doom metal live is something yours truly struggles with in general, and today was no exception. Their otherwise good, progressive doom sound from the studio album (check their 2018 release Ossuarium Silhouettes Unhallowed) was a bit overcast by vocals needing to warm up. However, as the play progressed the sound got better and I got more enthusiastic. Their murky melodic sound reminded me of early October Falls and a general black and morbid setting Finnish (doom) metal is known for. 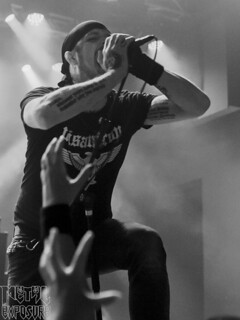 Surprise of the evening was your truly not being set off by Shining (Sweden). Normally not a band I would detour to see live, they played a damned good show. This despite microphone problems for their eccentric frontman (Niklas Kvaforth). While he may not have been in the mood to completely down the bottle of Jack D., Peter Huss was in the mood to show his guitar virtuosity. All the more made clear on Han Som Lurar Inom of their latest, X – Varg Utan Flock. Besides handing out a couple of (involuntary) sips of said bottle d’Jack and some red wine to the audience, Niklas apparently remembered Friesland for throwing up on stage. Assuming he meant Into Darkness 2016, at which he was struck with the flu, yours truly was struck by the vocal talent of Niklas. Both clean and grunting, as well agonized screams, all woven effortlessly into coherent yet crazy song lines – he does is all. He may be a bit weird and even pathetic at times, together with his band the music is rock solid and brilliant.

Deaths’ visit to Drachten may have been brief, it was one of great riffs, punches, headbanging and a cosy setting for company and a couple of beers. Make sure to keep a look out for next years’ version of this one day indoor ‘festival’ with a small venue for great names!