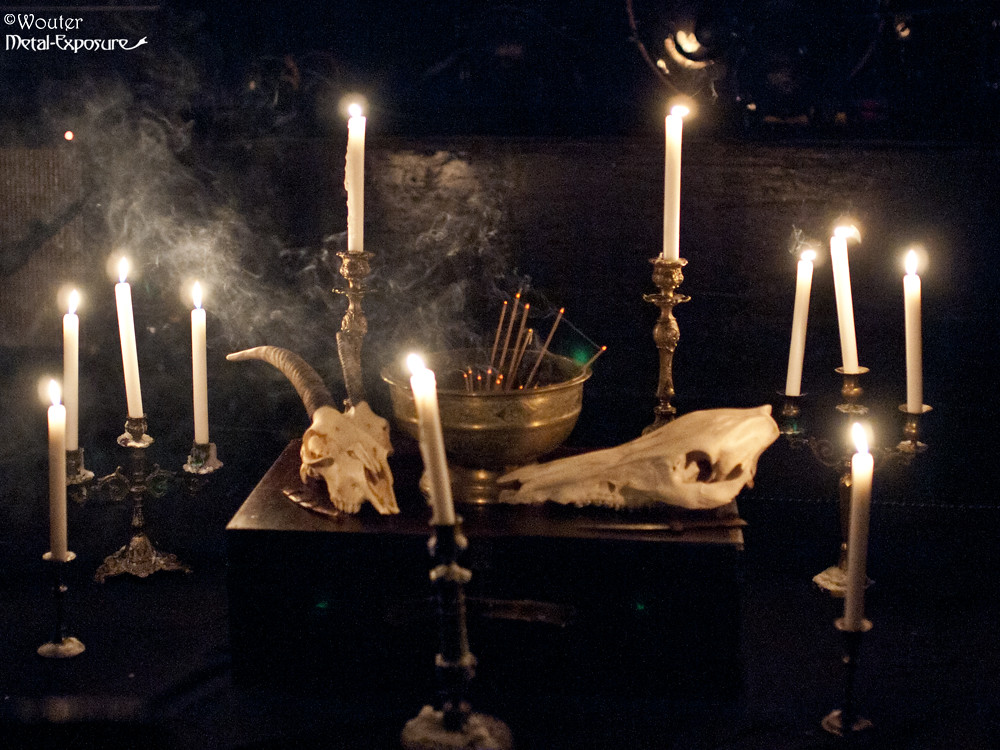 Report and stills by Laetitia (L) and Wouter (W)
It is slowly becoming a tradition for the Metal-Exposure team to head out on Easter and find the darkest venue with the blackest of metal to overcome (another) pointless, alienated and obliged holiday. Last year we ended up in Munich, at the Dark Easter Metal Meeting (read the report here and be sure to check out this festival next Easter!) and this year we sought out something a little closer to home: the second day of the black metal festival Conspiracy of the Damned at the Baroeg, Rotterdam (NL).

The first band of the day was the Dutch black metal formation Asgrauw. Since it was still early-ish, only a handful of people were present to watch the show. Both the band and the crowd had to get adjusted to the festival setting: the people were silently watching with a first beer in their hands and Asgrauw, even though performing without a fault, was slowly firing up the bonfire. Luckily towards the last tunes, the intoxication of the first beers kicked in, there was more response and the group seemed a little more at home on stage. (L). 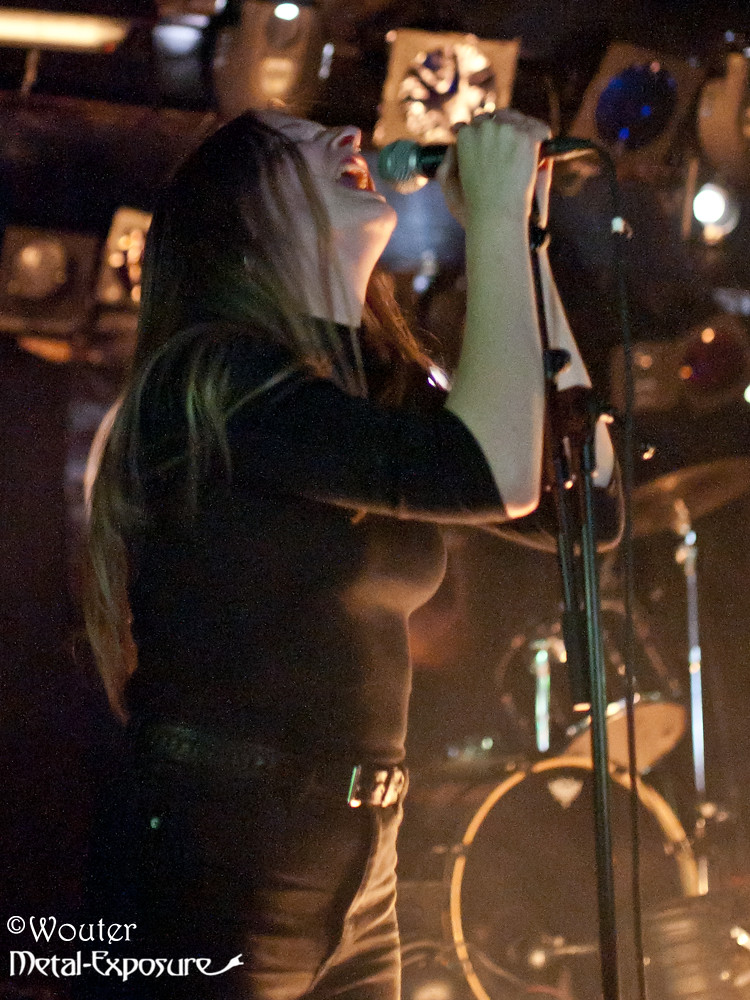 The Dutch post/gaze black metal band Turia is one you can’t escape these days. Being a frequent asked support act and upcoming name in the scene, the guys and girl from Utrecht have already performed at the Incubate Festival as support of Irish pagan/black metallers Primordial and today at Conspiracy of the Damned. Stylistically, Turia does not bring a lot of new influences to the table, but they seem to be one the Dutch bands who are getting it right. The combination of creating atmosphere (nearly no lights, just candles), a wall of distorted/atonal riffs, antagonized screams and relentless blasts (performed by only three musicians) will make you watch this band in awe and the show today was no different. (L)

German (Cologne) originating Ultha play a cocktail of rock solid, at times melancholic and slightly droning black metal. Initially I was put off by the drone that prevailed in the first songs. Yet over the course of the show, the solid yet desperation driven sound and the here-and-there half tempo rumble of drums caught me. What really did it for me where (at times) the two guitars, who managed to stir a bit of goose-bumps during their play. Even if the second voice was not as audible as the lead, having two vocalists most times make the music more interesting to listen to. Although only active since 2014, these guys know what they are doing! (W)

Only a couple of days before the show, the touring package Woe (USA) and Ultha were surprised to find out that they were kicked off a show in Hamburg, for playing with Inquisition today. Many outraged comments by many a black metal fan followed and the band themselves issued a statement 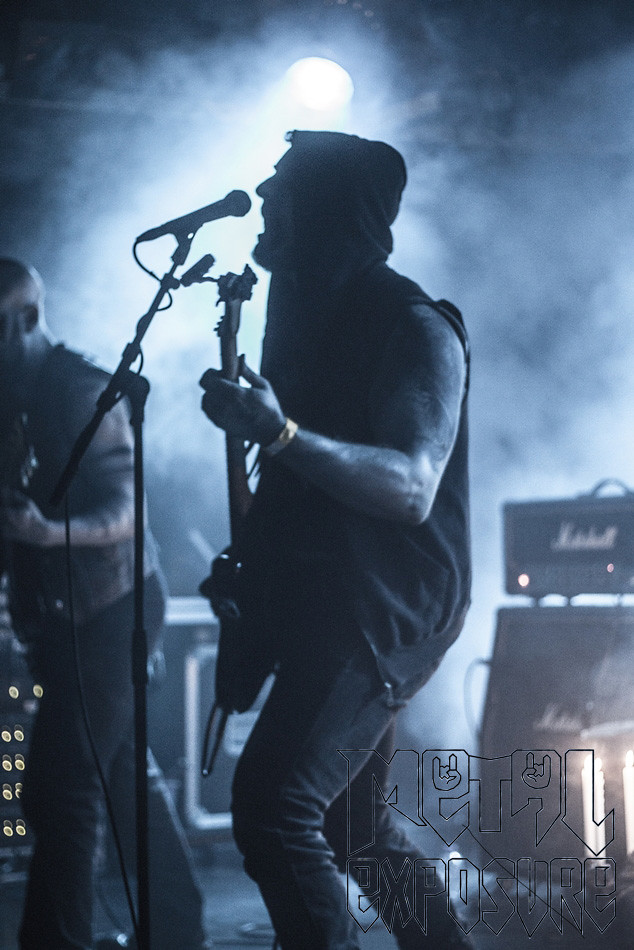 about it, which you can read here. As life and the tour goes on, it time for Woe to take their place at the festival in Rotterdam, alongside Inquisition. After the vengeful performance of touring mates Ultha, the the blackened metal of Woe came across reserved and because Woe were unable to really convince the crowd today. (L)

Surprise and band of the evening for me was Nahtrunar (Austria). Starting off with what seemed a ‘seen-it-heard-it’ old-school black metal, they evolved to a battering, aggressive and captive but mostly very cool, addictive sound. Gods be damned, the reverbed voice, the fearful vocal aggression…this is one to note and remember! Nahtrunar are the prime example of why, even if you think you have heard most already, it is still worth to be patient. My neck sorely hurt the next day from banging my head for the better part of their playlist, what a play! (W) 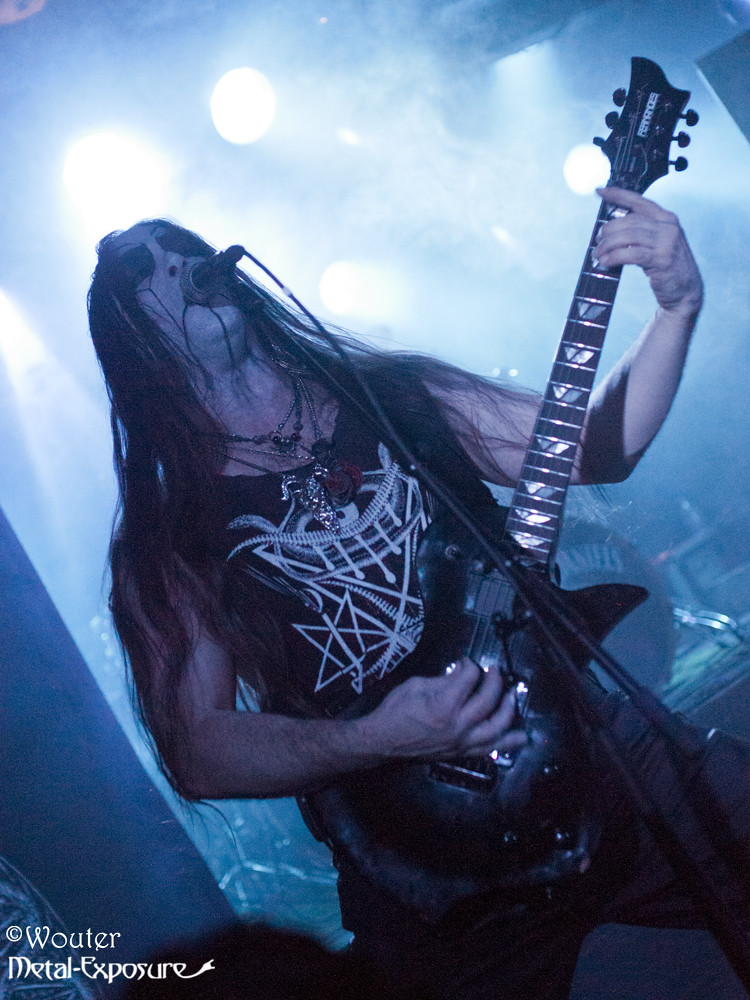 Last band to hit the stage was Inquisition. As always a pleasure to listen to Dagons voice (Abbath inspired?), presenting us with possibly the happiest flavour of esoteric and interstellar Satanic black metal known to metalkind. The insane-as-hell drumming by Incubus are a pleasure likewise; they are at times a couple of light years away from ‘regular’ metal-drummings. After seeing Inquisition a couple of times, one might forget about the massive, technical sound just being produced by one guitar and a drumkit, and, lest I forget, a grand total of two people. Yes, they’re sound doesn’t really evolve one album to the next, but why should you, when it’s that good?

Herewith our Easter celebration of unholyness ended, with an afternoon well spent – not with finding eggs at the in-laws nor by hearing the oft told tale dealing with ‘he has risen from grave-cave’ – but with black metal, head banging and some cold beers.