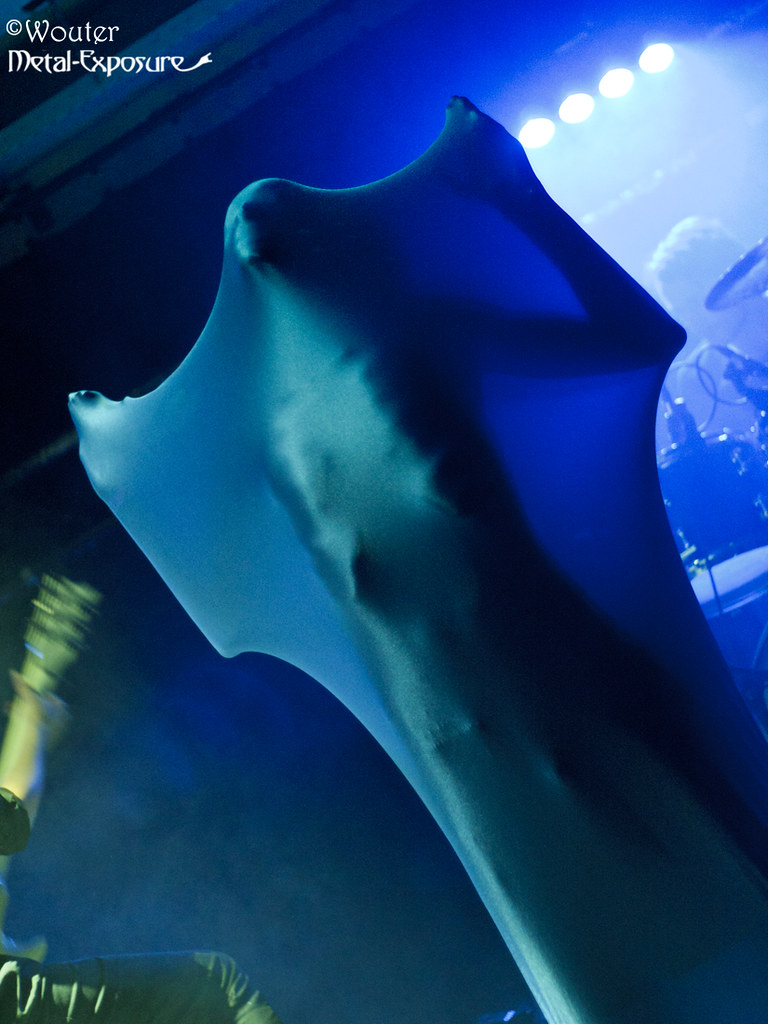 Text: Thomas Krebs (TK), contributions by Wouter Balk (WB)
Pictures: Wouter Balk
During the weekend of 2 and 3 December, the Into Darkness Festival opened its gates for black metal enthusiasts. Located in the Dutch city of Leeuwarden, the event took place for the third time. With a fine selection of bands covering the whole spectrum of blackened metal, it promised to be a good day. The venue Neushoorn is a relatively new and modern concert hall, and turned out be a really cozy place. The lobby housed the merch booths and a food stand, making it obsolete to hunt or feed ourselves in the city. The program was packed, with shows alternating between two halls. The schedule was tight, even so tight that there was literally zero time between the different bands. This allowed us to spend 100% of our time at the festival watching bands, but did not allow any major breaks at all. While I was okay with that, I heard some people complain about this schedule, but this may have been only a minor flaw overall. The festival was not over crowded, with maybe 500 people attending during the headlining bands Taake and Shining. So moving from one concert hall to another in between bands did not result in jammed hallways, and it was always easy to find a good spot in the audience before the bands started playing. (TK)

The arguably ungrateful task of starting things off in the small hall was handed to Grey Aura, a Dutch band. The trio specializes in a crunchy, yet depressive post-black metal sound. While I liked the sound, there’s probably room for growth for this young band. Kudos to their stage support which provided a bizarre performance in a Spandex body bag. (TK)

After Grey Aura, the rushing between shows and the two concert halls began, and we went to see the Monolithe, French Blackened Doom Metal Outfit. The room was probably not even half-filled, but that did not prevent the band to deliver an energetic performance. With 4 guitarists in their arsenal, Monolithe were grinding their way through the audience with an atmospheric sound of almost epic proportions. Despite the inherent monotony of the Funeral Doom sound there’s plenty going on in Monolithe’s songs. Great show! (TK) 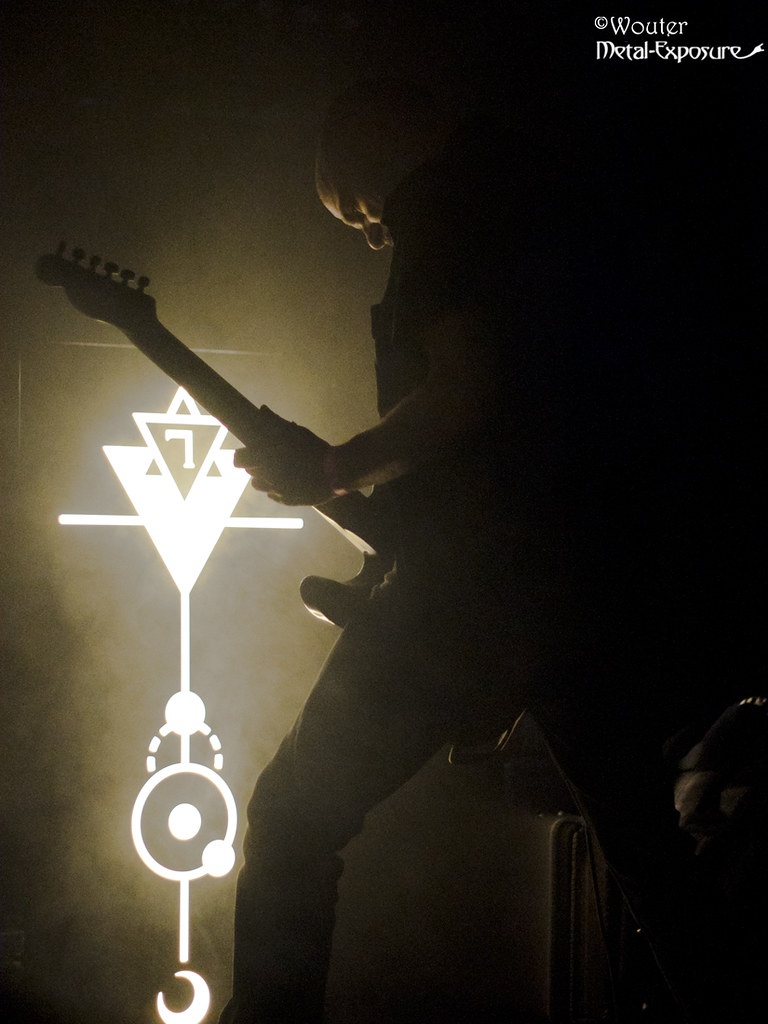 Back to the small hall we went to be 5 minutes late for Hemelbestormer from Belgium. As an instrumental band, Hemelbestormer managed to capture the audience by displaying incredible musical skills with their pitch-black avantgarde metal sound. High on complexity, but rather low on atmosphere, Hemelbestormer can be recommended for anyone who like to digest their metal in a thinking rather than emotional way. (TK)

Winterfylleth were next on the agenda. Known for their epic and atmospheric black metal soundscapes, Winterfylleth were the first band of the day that managed to get the crowd visibly excited. Which is not too difficult considering the energy that is channeled through their music that combines both the melodic and raw poles in black metal. The Englishmen kept the mood up by cheerful announcements, and left me thoroughly satisfied at the end of the show. (TK)

Back into the small concert hall we went, which was for the first time nicely packed with people waiting for Regarde Les Hommes Tomber. If one had to describe the band in one word, I would choose: hellish. The band plays what I would call a crossover between black and sludge metal, resulting in a raw, noisy, yet frequently groovy sound. Add the eerie, agonized vocals to the mix, and you have the apocalypse in musical form. Great performance by the band, still we left 10 minutes before the show stopped. We needed to hastily fill our stomachs on the way to next show with some delicious sateh with peanut sauce, to be just in time for The Ruins of Beverast. (TK)

Something good, something bad… well first off: seeing Ruins of Beverast live for me is always a pleasure. Getting both the music and the sound right however, has only happened on a select few occasions (for a wonder, PartySan 2015 and not so wondrously, during their labels’ festival: Acherontic Arts 2015). Unfortunately, this was one of the occasions where sound was somewhat lacking, with the keyboards brutally yet effectively drowned by the rest of the massive sound-wall. Fortunately, the set and play (not in the least by Alex von Meilenwalds unique voice) managed to ensnare many a soul in their doomed black-metal sound. A continuous wall of bass, riffs and topped off by mid-tempo, open ended guitar lines, TROB is something to look forward to each time. Personal favorite Kain’s Countenance Fell missed a bit of its magic as the opening snares seemed tuned differently, but this was compensated by the shear magnificence of this song. Maybe not as overwhelming as some of the other shows I’ve seen of TROB, but definitely one to shine out on this festival! (WB) 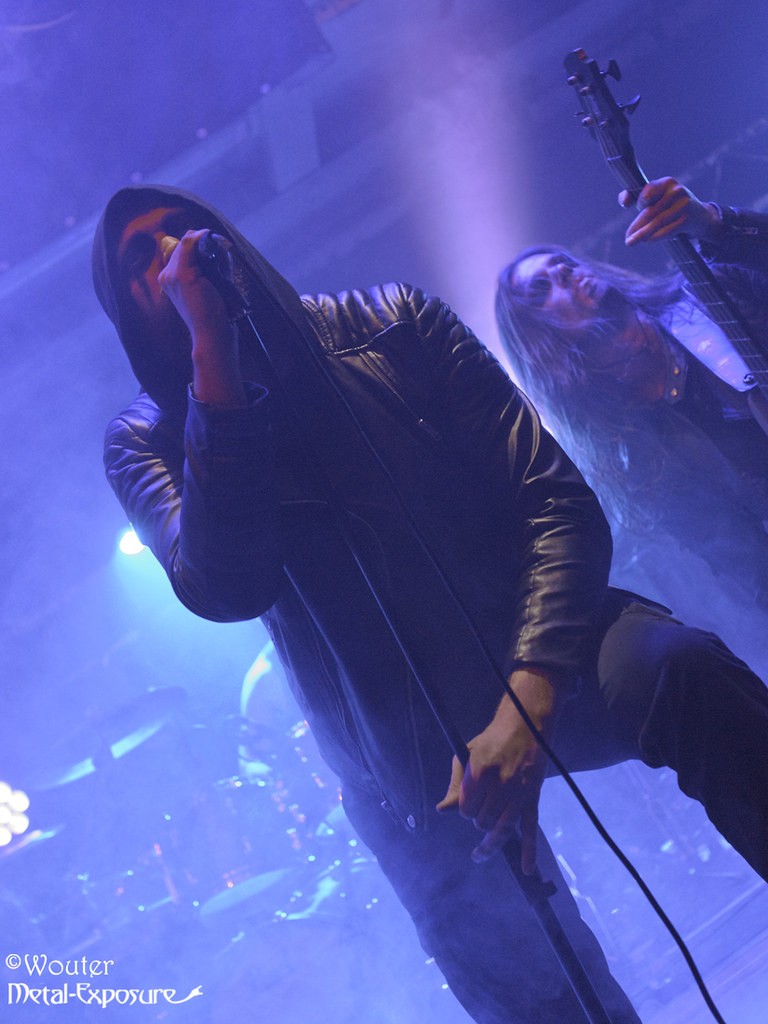 Frysian Kjeld and another personal favorite were up next, in the smaller arena room. As befits a local band, the room was packed with fans, singing along with a highly-above average knowledge of the lyrics; I expected no less! Frontman Skier and bass player Swerc were a real treat to see in terms of having a real convincingly evil, evocating party. Meanwhile guitarist Bile was doing his best of impersonating a young Imperial Emperor for his hooded evil stance and demeanor in the sparsely lit room. This latter definitely served the music, as their play of melodic yet traditional (Norwegian influenced) black metal was spot on, losing nothing of its invoking yet mesmerizing qualities. (WB)

Switching from Frysian to Norwegian was made even easier with the grand show next: Taake (whom i.m.h.o. think should be headliner, not Shining). This man and his entourage always entertain and indeed made for a grand show of spreading the Hordalands Doedskvad. Frontman Hoest’s vocals combined with the multitude of quality Norwegian riffing, perfectly mixxed the Bergen originating black metal with eighties influenced speed-metal here and there – all this makes for a very well composed crucible of local West-Norwegian anger, fear and saga inspired hatred. While watching this show of (almost happy) black metal, it’s nigh on impossible not to head bang and reflect the general activity of bending the mic stand to your will that is so signature of Hoest. (WB) 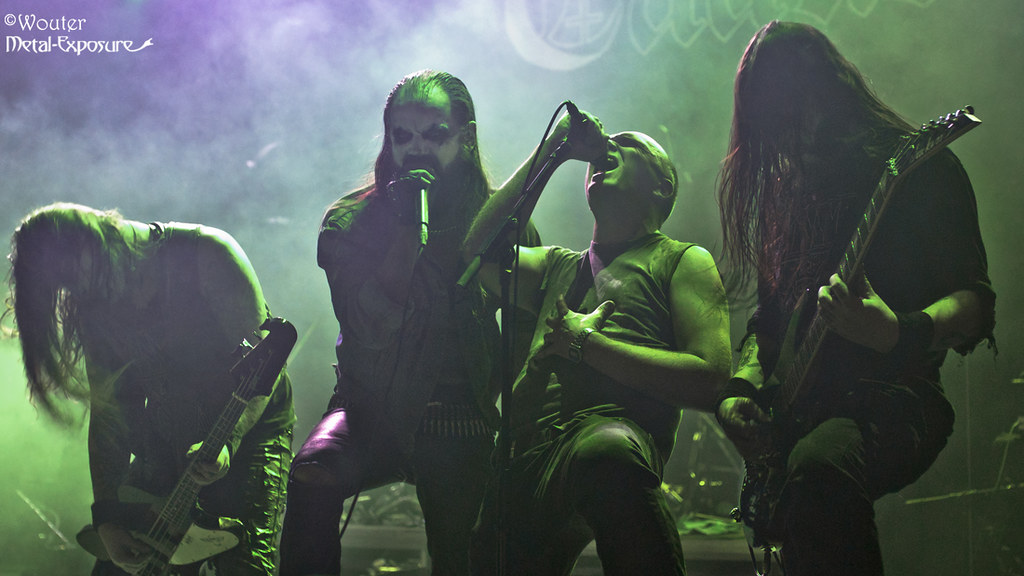 Grave Miasma were up next, and indeed they turned the stage into a funeral rite. While using an old-school death metal sound as a substrate, Grave Miasma create a truly eerie and occult atmosphere by distorted riffs and nightmarish growls. An impressive performance that was a welcome change from the black-metal dominated band selection of this festival, but nevertheless a perfect fit! (TK)

Now it was time for the second headliner of the Festival, Shining. Shining are known for two things, their genre-transcending musical qualities, and the extreme behavior of singer Niklas Kvarforth on stage. The latter did not occur during the show as Kvarforth was plagued by a nasty flu. This rendered him fairly sociable during the show, apart from a few offenses yelled towards the front row. His illness made it also difficult for him to perform all the songs. Fortunately, Hoest from Taake jumped in and delivered some vocals instead. Nevertheless, their music is really that good; even Niklas’ impaired vocals could not cause a negative impression. Shining combines elements from black metal, classic heavy/doom metal and even jazz into a unique emotional, mostly melancholic or depressive sound. The show ended 25 minutes early, as Kvarforth could not hold up any longer. This was too bad, but presented the opportunity to take an extended break before going into the last laps of the festival. (TK)

After the comparatively mellow Shining set, I was not prepared for Nihill. This band certainly scored highest on the terror scale from all bands playing at the festival. The room being kept almost completely dark during the show, Nihill unleashed an inferno of extreme black metal bordering at the transition to noisecore. Not only presenting an intimidating sound, the musical quality displayed by this band was impressive, which made me still enjoy the music. Highlight of the festival for me! (TK)

After the nightmare that was Nihill, it was Glorior Belli’s turn to keep the crowd going. The number of people in the audience was seriously diminished at this time of the night, the intense schedule possibly sending some people to sleep or the bar next door. Glorior Bellis’s latest albums have been described as a blend of black and southern metal, Blut aus Nord meets Pantera if you will. It is an eccentric mix, but it works surprisingly well. Possibly the most uplifting band of the day, people enjoyed the change in tone, which was supported by an excessive supply of light sticks thrown into the audience, and the band member’s outfits. Suits and melons, nicely rounded off with Bayou Zombie face paint. (TK) 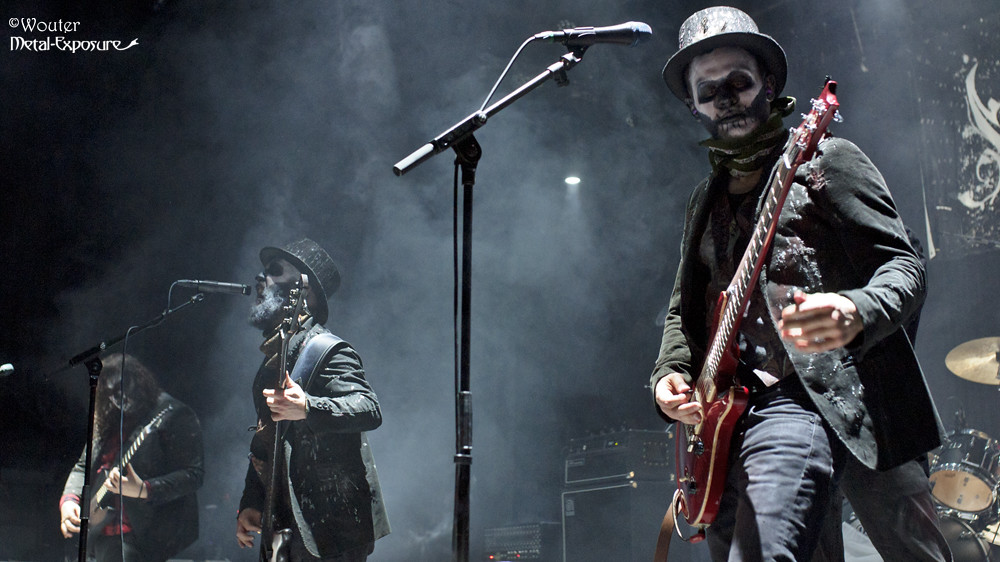 Slegest were closer for the festival. As tour support for Taake and Shining, their blackened Heavy Metal/Hard Rock for sure was the best recipe to keep people awake for another 30 minutes. And they did a great job with an energetic performance and a whole bunch of catchy and dirty rock’n’metal. Attendance of the show was limited, but a few brave souls in the audience kept partying all the way to the end. (TK)

In summary, Into Darkness Festival 2016 was a great event. The selection of bands was excellent, the venue was an inviting place, people were nice, food was good, we’ll be back next year!