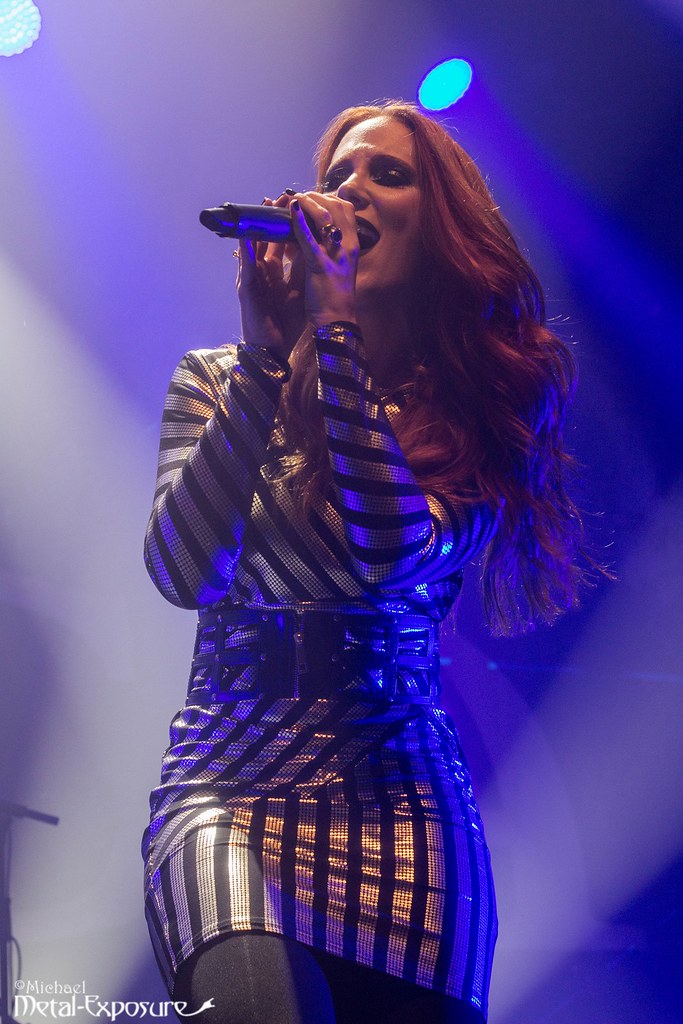 By Michael
After the overwhelming success of the first edition of Epic Metal Fest in 2015, Dutch symphonic metal band Epica decided to make it into an annual festival. And what better occasion than the release of their latest album, The Holographic Principle, for a party?

In contrary to last year’s edition, this time Epic Metal Fest was held at the 013 venue in Tilburg. It’s much smaller than the Klokgebouw in Eindhoven, so it was to be seen how tight everything would be. And crowded it was!

Again, bands would perform at two stages, yet this time there was a small overlap of a couple of minutes. Maybe that’s because the distance between the stages was a lot less. Still, so many people in a small venue was maybe a bit too much. At the main stage it was no problem at all, but at the smaller stage, branded “The Universe Stage”, there were just too many people. Later on during the last couple of bands, people were looking in from behind the doors, just because there was no room anymore inside.

We walked in during the show of the Belgian thrash metal band Evil Invaders, having sadly missing the first couple of bands. After a few songs, we walked around a bit to check the merchandise, stages and facilities. A lot of bands brought their standard tour stuff, some including some jewellery and right beside that there was an area where you could get some grub. 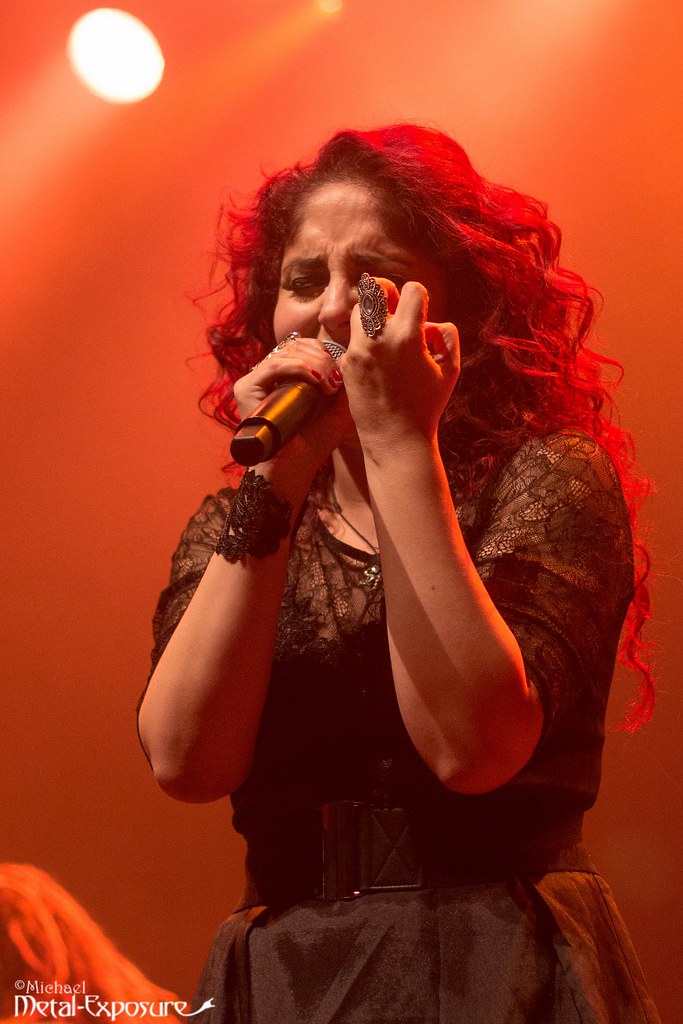 Stream of Passion is calling it quits at the end of the year. The band, originally founded by Arjen Lucassen, will be on to find new challenges in other musical adventures. But not before giving their all at one last show at the end of the year, and naturally during all other shows that are left. It’s a shame to see a band with so much charisma and energy on stage calling it quits. Also during Epic Metal Fest, the chemistry on stage was nice to behold, while the band performed songs like “In The End” and “Haunted”. Lead singer Marcella Bovio announced the wrong song, according to herself because she read “Beer” on the setlist. The set also contained two covers, namely “I Have a Right” (Sonata Arctica) and “Street Spirit” (Radiohead).

No matter what stage, the Italians symphonic metallers of Fleshgod Apocalypse always delivers a solid performance. The show performance of the band is a sight to behold with their theatrical stage outfits, but sometimes the sound fails to meet the visuals. Today was no different, depending on your place in the main hall, the sound was either out of balance (hard to hear the vocals and lead guitar), or alright. Fleshgod mainly performed songs from their latest record, like “The Fool”, “Cold as Perfection” and “In Aeternum”. All in all, the show never disappoints. It’s as if watching a small death metal opera concert.

When we wanted to catch the Mayan performance, the Universe Stage was so filled, that I could only see a bit from the side. Singer Henning Basse was performing full of enthusiasm on stage, including some weird faces. George Oosthoek was doing quite the same and together the hopped around the stage. Funny, because this stage was quite small, especially for a band with as many members. Even Marcella Bovio from Stream of Passion joined to sing along. One of the biggest surprises was a cover of a song of George, Orphanage.

Quite a different show was to be expected from Katatonia. The Swedish doom metallers have just released their album The Fall of Hearts and obviously some songs of that album were to be played. The whole mood setting of this band was very much different than the other artists thus far. No flashy light show, but sombre, dark lights and moody songs. I’m sure this was not everybody’s cup of tea, but I definitely enjoyed songs like “Dead Letters”, “For My Demons”, “Forsaker” and “July”. 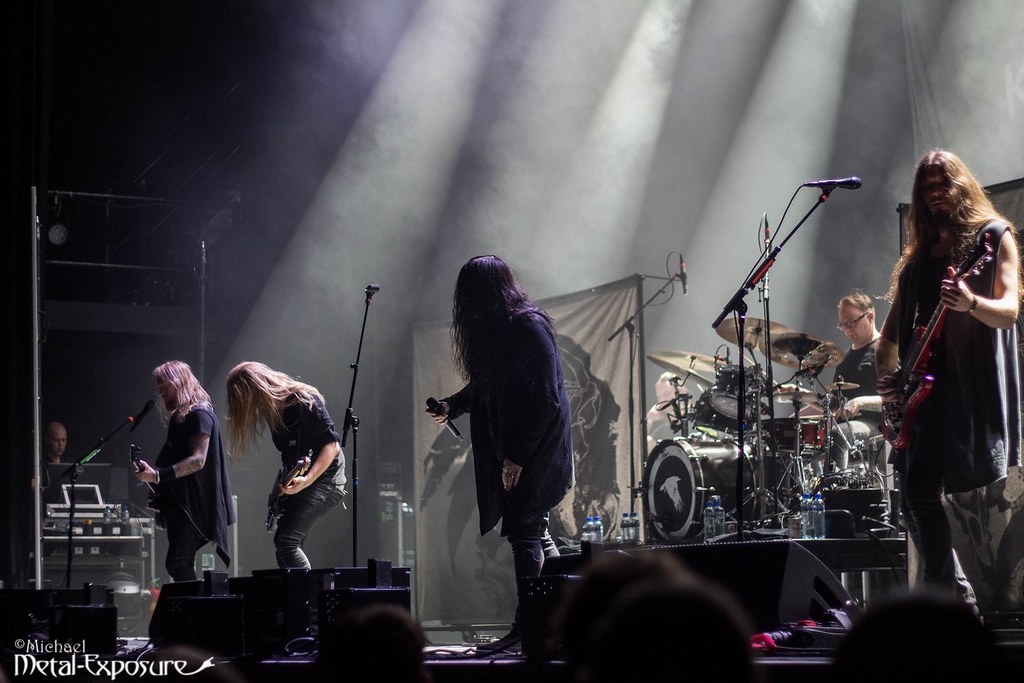 The Ocean suffered a few technical difficulties. Well, maybe a bit more. But what a way to pull through. Their lead singer was ill, but instead of cancelling the show, they decided to just play an instrumental show. This, combined with the video back drop, gave an unique experience. Kudo’s to these guys for solving a difficult issue this way. Their music sounded like a soundtrack like this, which led to a cool show, including the use of the cello. 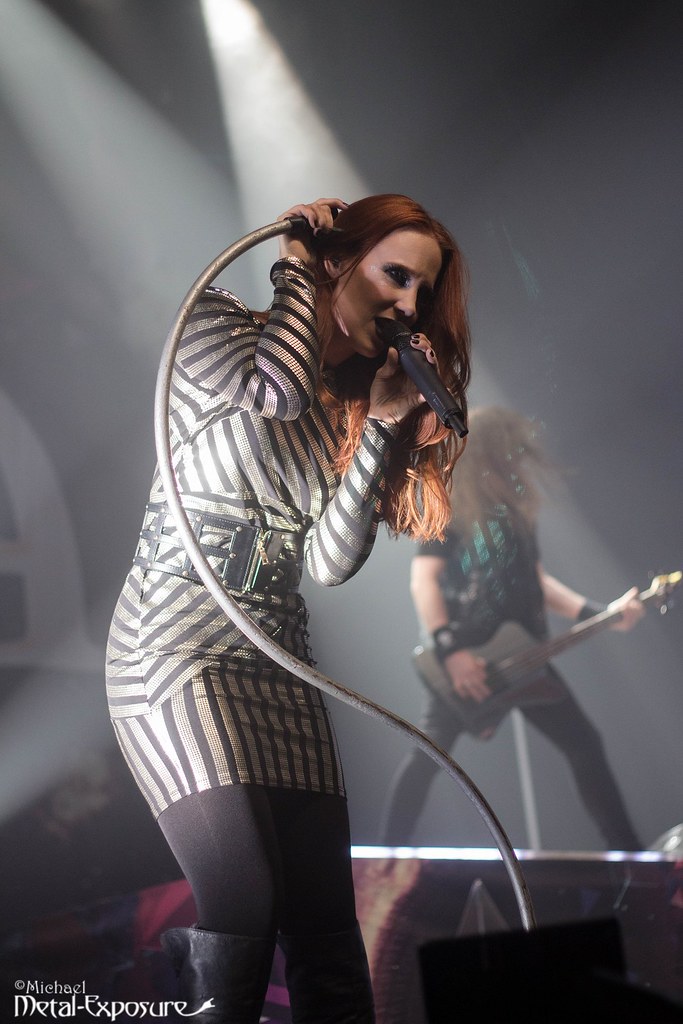 Epica obviously had the longest time to play. Instead of just choosing the simple route of playing the new album The Holographic Principle as a whole, the setlist was nice and balanced with (very) old and new songs, like “Edge of the Blade”, and “Dancing in a Hurricane”. To make the show even more spectacular, the band used holographic looking lights, a lasershow and fire.

It contained songs like “Seif al Din”, “Façade of Reality”, “Unchained Utopia”, “Design Your Universe”, “The Essence of Silence”, “Universal Death Squad” and the ultimate Epica song to end a show with: “Consign to Oblivion”. Having followed Epica from the early stages of their career, it was good to hear a bit of the early work and headbang to those tunes. Nevertheless, I did miss some more songs from their debut album, but you have to make room somewhere I guess.

I think it’s safe to say that the second installment of Epic Metal Fest can be called another success. The crowd was pleased, the line up was diverse. Maybe the venue was not the best location for the amount of people, considering how filled up the small stage was. But also seeing that this is only the second edition of the fest, it is something that can be learned from.