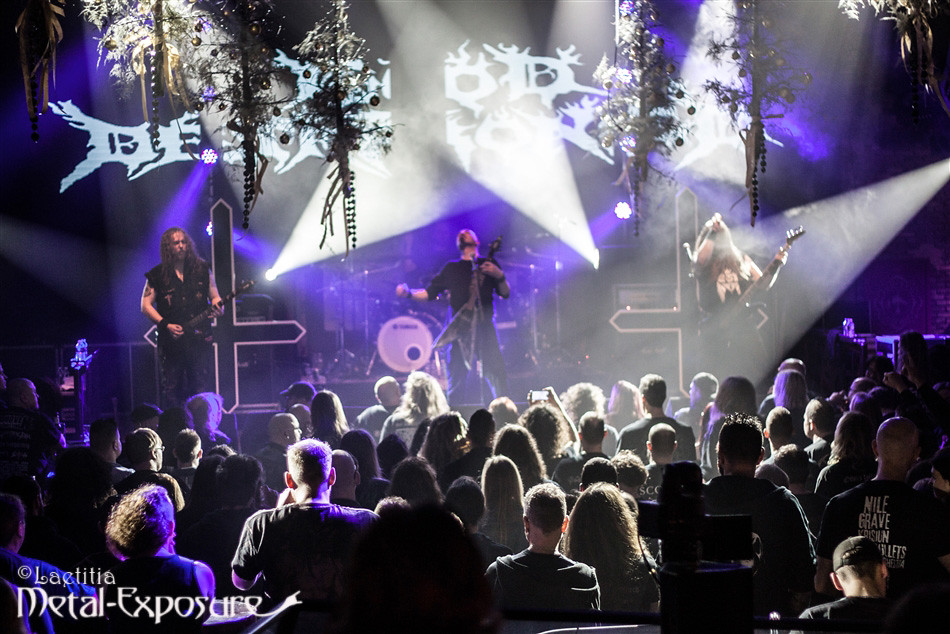 By Laetitia (guest words from Robert Popovic – Livereviewer)
The small town Rijssen was once the home of a small and nice metal festival called Elsrock. After the festival was cancelled and the local venue Lucky did not book as much metal as before, it seemed that metal had vanished from Rijssen. In an attempt to revive that spirit, the venue Lucky organized Lucky Rock Metalfest on December 19th, 2015. With a solid line-up, a good turn out and a great atmosphere this festival proved that metal may have been slumbering in this town, but it never died! 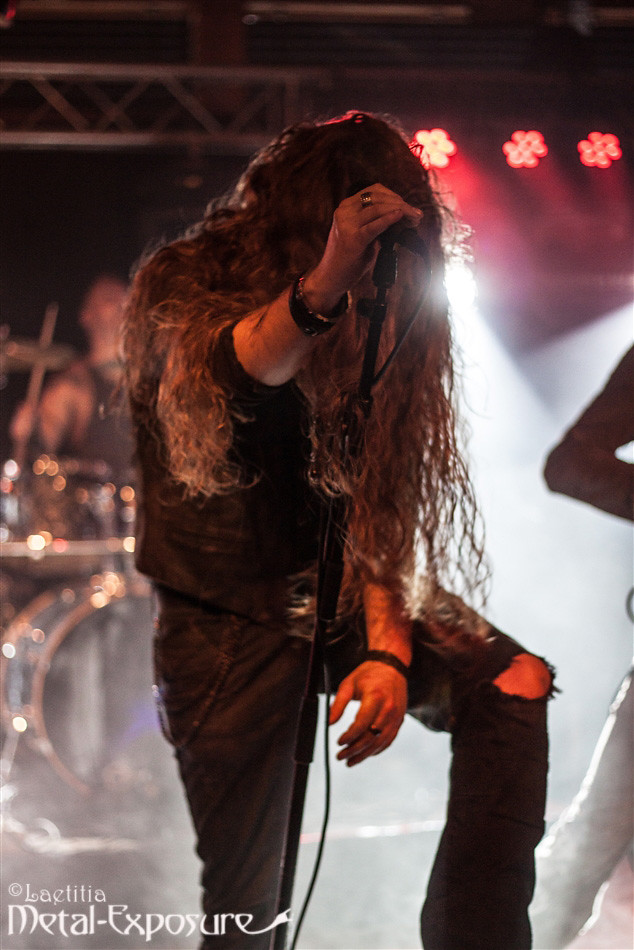 Desolate Fields from Hengelo, the Netherlands opened the day. Unfortunately for them, the sound was horrifying from the start: way to loud and the amps kept on buzzing. It was quite a shame, since their melodic post black metal sounded pretty promising when it was not plagued by the circumstances. The first song started a bit uneasy and there were just a handful of people present. During the second and third songs, more people came in and the band members loosened up, especially singer Jochem Lodder who was quite expressive in his performance (and at times seemed a little lost about what to do with his long hair). It would be good to see another Desolate Fields gig some day, because I am sure there is more potential there and didn’t come out today due to the sound.

I only managed to see a small part of the set of Eternal Solstice, but at least I’m sure that it was the good part. After a melodic and slightly atmospheric start of the festival, it was nice to hear straightforward brutal tunes. It was already more crowded than during the first band and the group showed much enthusiasm while playing the show, as their necks did not rest for a minute.

It’s clear that today is a day filled with classic Dutch extreme metal bands. Third on the bill is Phlebotomized. Their first incarnation under this name ran from 1990 to 1997 and after a long break they reformed back in 2013. They have no problem with straying from the typical death metal sound by adding keyboards into the fray and as a first-timer here I sometimes felt like I was listening to Rhapsody of Fire playing pure death metal. The classic death metal blended with keyboards is a bit jarring at first, but soon you’ll ease into the sound. Unfortunately the violin player couldn’t attend the gig, it would’ve been interesting to hear what it would’ve sounded like. Most of the time the two elements of death metal and symphonic/prog metal are kept separate, but when the band reaches the moments that the two mix you get a very interesting blend. It’s a shame that the sound level is just way too high, so people will miss out on a lot of detail of this classic genre breaking band. 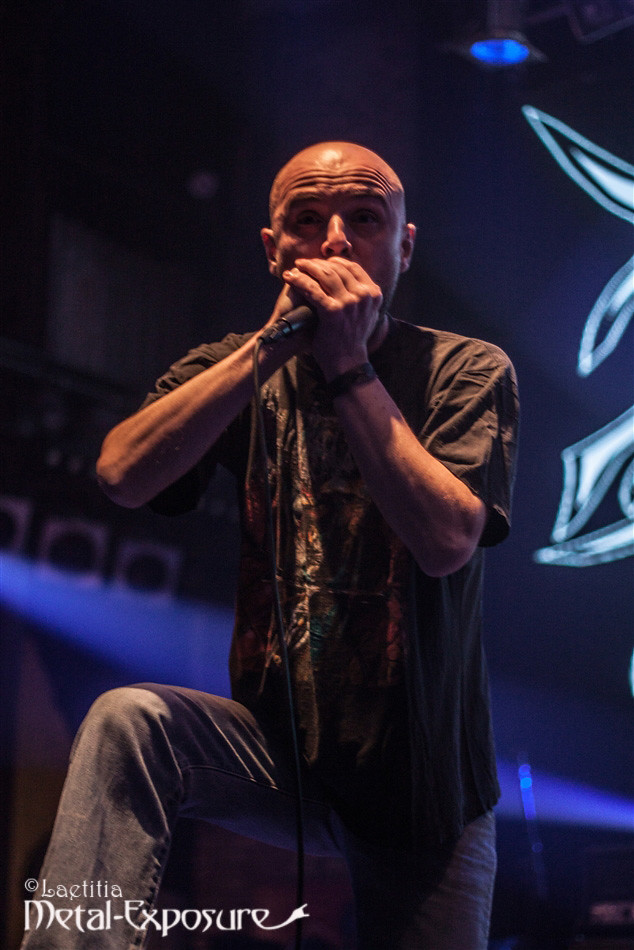 It was a tie. The best band of the day was either Severe Torture or Carach Angren (depending on who you ask). While the other shows on the small stage had been nice, this group showed that there was a big difference between the more professional acts on the big stage and the lesser known bands on the small stage. Severe Torture entered the stage and simply killed it with sheer brutality and precision whilst playing. Every single person bobbed his or her head to the groove, or could be found in a mosh pit or in the air while crowd surfing.

It was probably a bit ill-fated that Dead End played in between the big names on the smaller stage. When you’ve just had your head blown off by a band like Severe Torture and the band that follows is of a different calibre, there is the risk that the second show appears bleak – while in reality, this might not actually be the case. Many people were hanging out around the bar(s) or in the big hall during this performance, so Dead End had little opportunity to make themselves be heard.

Severe Torture may have set a high standard for the rest of the bands, but a legendary death metal formation like God Dethroned knows how to handle that pressure. Armed with legendary songs, there is not much that Henri Sattler and his companions can do wrong. This evening was no different. While I and the people around me obviously liked the tunes, the show lacked the energetic mood of the God Dethroned performance I saw earlier this year at Dokk’em Open Air, but it was not less enjoyable.

I only recently got acquainted with Soulburn and I was curious about seeing this band live. I can say that their music lives up to its reputation, also in a live setting. You could describe the music of this band as – and it sounds just as venomous during a concert. Vocalist Twan van Geel (also known from Legion of the Damned) tried to pull off an evil look by making grim faces, which did not really fit since the band members were joking around and looked pretty happy during their performance. 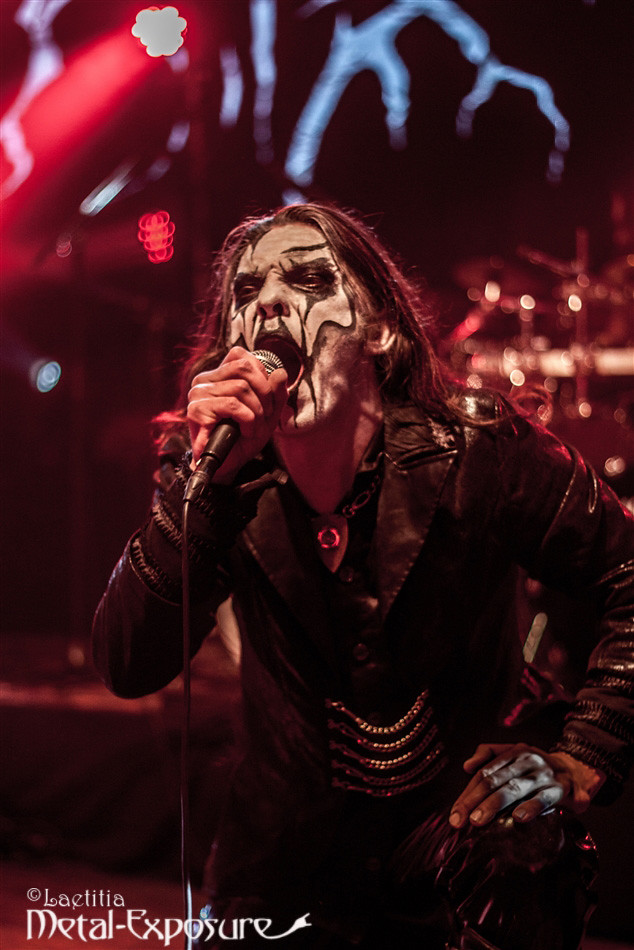 The star of the Dutch horror masters Carach Angren has been on the rise in recent years and with good reason. Aside from their successful albums (with the most recent one This Is No Fairytale ) the band is now at a point where they have perfected their performance. As a storyteller and entertainer, vocalist Seregor needs nothing more than his expressions and hands to put on an interesting show. On the other side of the spectrum, you have key board player Ardek who haunts the audience with his empty stares.

Tonight the band performed a varied set with songs from each of their four albums. The reaction of the audience seemed a bit cold (there were exceptions of course). The head bangers and fans could be found on the first rows, but the larger part of the audience remained in the back, watching and drinking. All in all, Carach Angren may be well on the way to becoming an international heavy weight, but it seems that the Netherlands still has to grasp that these guys from Limburg might be the band with the most international potential in our scene.

The band Sinister was the last one to perform on the small stage. The Dutch people are crazy for their own ‘legendary’ bands, so to no surprise, the small (and hot) room was packed with people. While yours truly did not manage to see the entire show, it is safe to say that this was to only suitable way to end a successful edition of Lucky Rocks. Now Rijssen, let’s keep that metal flame burning, shall we?