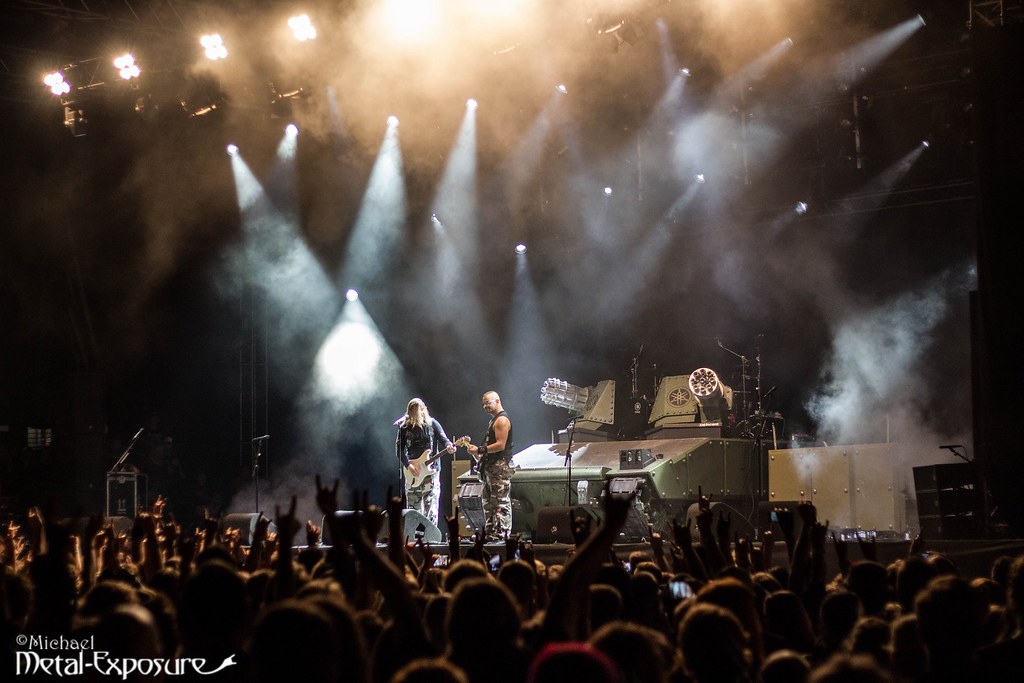 By Michael Brookhuis
A metal festival which sells tickets for 6,66, as well as having it located on an area which used to be a cemetary, sounds good right? Into the Grave 2015 was sold out, so a lot of people agreed. Of course the line up helped as well. Just as yesterdays City Rock, which you can read the review of on this website, I was just a bit too late to check the first band which played. But after missing Cornered, I was able to catch a part of Betraying the Martyrs.

When I entered the festival area, what was cleary noticeable was that it was much more crowded than yesterday. The sun was shining bright, yet the band played their own version of the Disney Song “Let it Go”, which was really funny.

Audrey Horne was the first band I was able to see the full set of. In the meantime nearly everyone was at the festival and Audrey Horne was doing a great job by entertaining them. Into the Grave was sold out with little over seventhousand guests. Their kind of metal is more of the traditional type, which was a nice blend with the more eccentric music today. 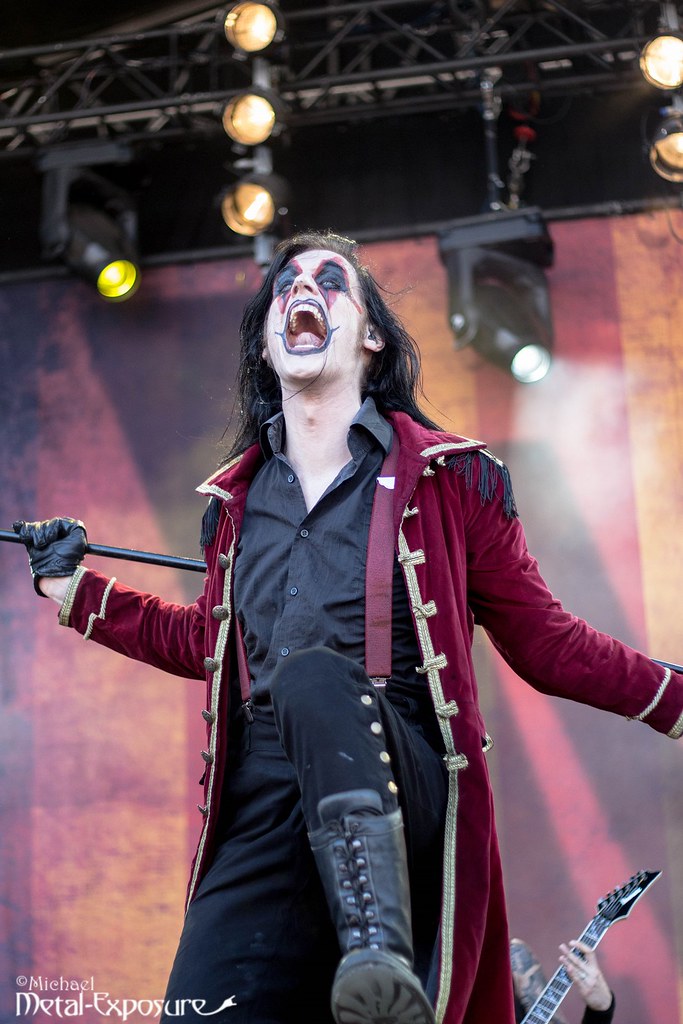 Avatar had quite a set up on stage. It looked as if we were actually involved in a freak show, so them playing that song was actually fitting. With circus-like clothes, make up and an awesome stage appearance, combined with catchy songs, they gave quite a show.

Its not the lack of energy on stage which made the Ensiferum show nnot the best they ever had, but mainly their technical difficulties. The sound was not very good and they even said one of the amps exploded. Still, the band gave everything they had during songs like Twilight Tavern, From Afar and Burning Leaves. 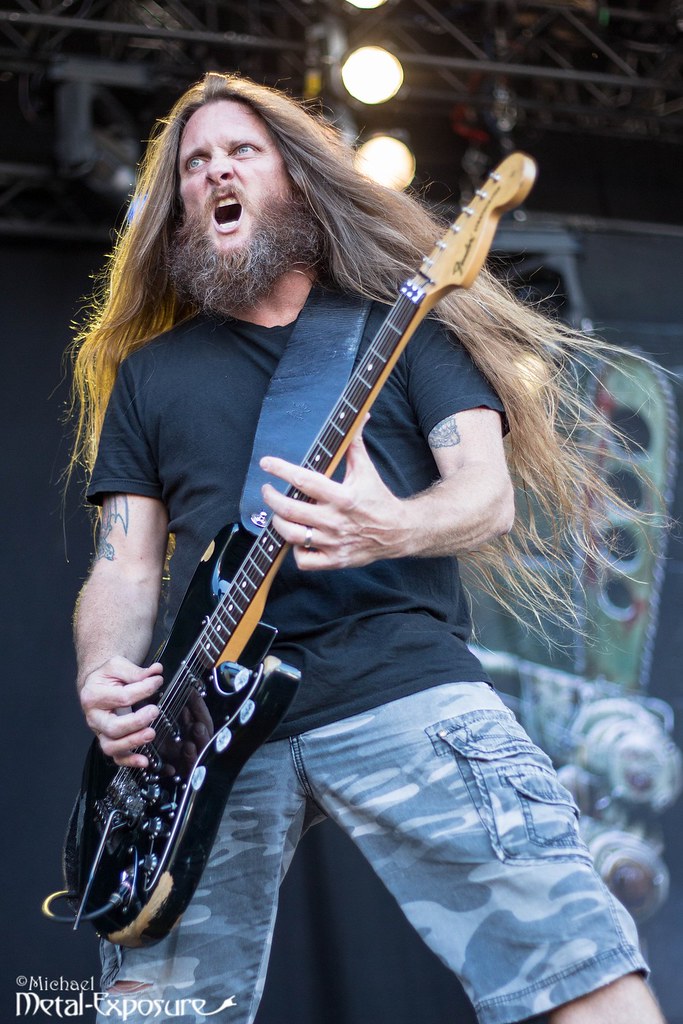 Obituary is known for their really tight shows and in Leeuwarden they sure did the same. This time they brought some songs from their latest album, like the title track “Inked in Blood”. For people who were fan of their older work, they could enjoy songs from Obituarys debut album as well. So this was a really diverse show!

Cannibal Corpse was one of the more heavy bands today. And man, can that man windmill. I’m not kidding when I say that his neck might be bigger than my thighs. Even though I’m not a fan of their music, it must be said that the show was very pleasing for the people who were here for Cannibal Corpse.

Back into action is Sepultura. The band has quite some history to them and are playing shows again. They are quite a sight to behold and play with spirit. It must be hard to select songs out of such a long and interesting career, but they sure did manage. It was awesome to hear songs as refuse/resist live!

Headliner for Into the Grave is the Swedish band Sabaton. And what a closing act it was. They literally made sure the ground shook. Underneath the plaza where Into the Grave is held, is an underground parking lot. Sabaton made the people jump, which resulted in actually feeling the ground shake. For a moment I was worried, but in retrospect was this an awesome moment. For me it’s always fun to see Sabaton on stage. They play with huge smiles on their faces and make sure everybody is involved. At one point someone threw some (new, thankfully) underwear on stage and lead singer Joakim put that on his head. Nearing the end of the show he even took a guitar and played a bit. 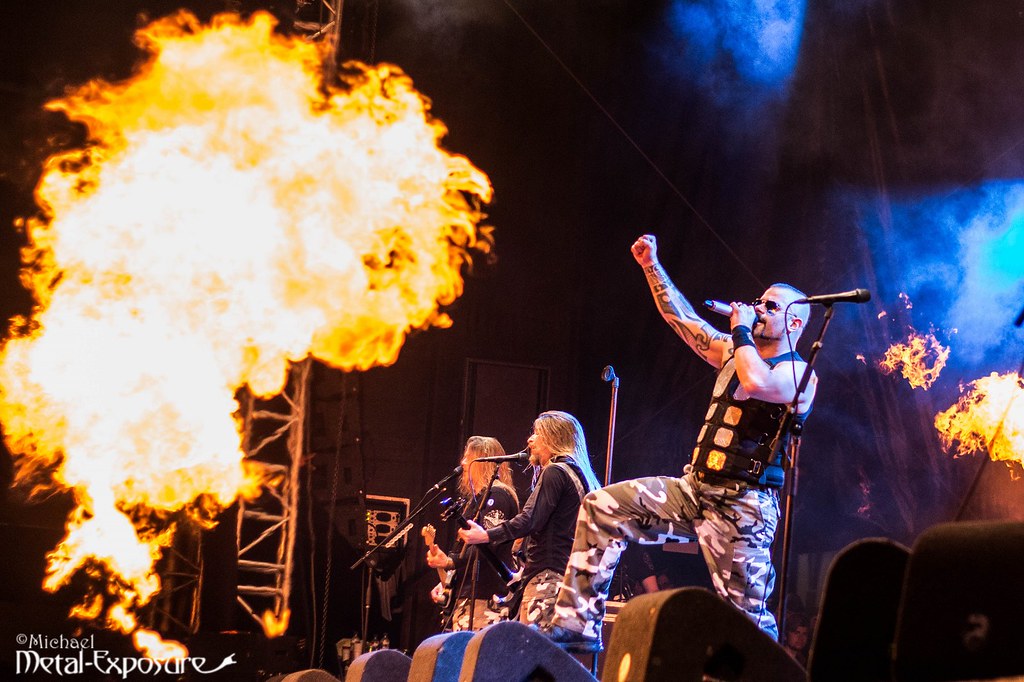 The crowd were asking for “Swedish Pagans” and even though at first only Joakim did not want to do that song (or at least played to be reluctant), at the end they still played it. The band are just a bunch of clowns on stage, especially Joakim who also took off his clothes to show another layer of the exact same clothes. Sabaton played songs like Ghost Division, Screaming Eagles and Art of War. This all with a lot of fireworks and a huge tank on stage. The next time they will be in The Netherlands is in March and after that they will head into the studio for a new album.

After the show, management came onto the stage to thank everyone and also announce the first band for Into the Grave 2016. Exodus will be there and presale has already started!