By Wouter B.
The Netherlands counts two official languages: Dutch and Frysian. Known for it’s Elfstedentocht both on ice skates and bike, the province of Friesland also offers a lot in term of metal. Besides the festivals Dokk’m Open Air, Into the Grave they have their own black metal event: Into Darkness! 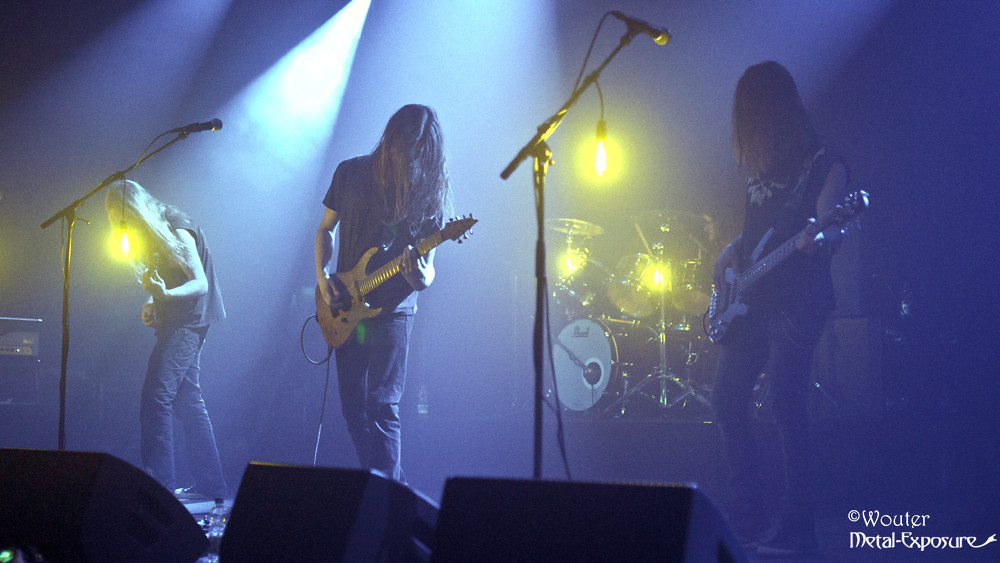 Off I headed, to the stretched Northern windblown fields into Leeuwarden, the capital of Friesland. In a brand new building of the venue called the Neushoorn, I enjoyed a line up of both black and doom metal. It was a pleasant reception for both the beer and music thirsty maniacs, combining a bar, beer tables and merchandise stands into the room adjacent the main stage auditorium.

Opener Dystophia (NL) was once again good, even if they’ve only thusfar released one (promising) EP and are in the process of releasing their first full length (EP is called Haat, also features covers of Emperor in tribute to the Nightside Eclipse).The live performance was solid and looked very professional, I wouldn’t have guessed the band being so ‘young’. The spheric sound and mixing of styles combined with an awesome bass and skilled guitarplay makes this band something to look out for (even the second time, see Solarfall review here).

Dutch (hypnotic) doom formation GGU:LL plays a kind of doom I can relate to: atmospheric, soul blackening, tar like compositions with dual riffing to put weight into the music. Though doom is not normally my favorite collection of teacups, this group stands out for quality play and well done melody lines. Keeping the pace just fast enough for me to not lose interest also did a lot, whereas this is normally a typical trait of doom, especially played live. 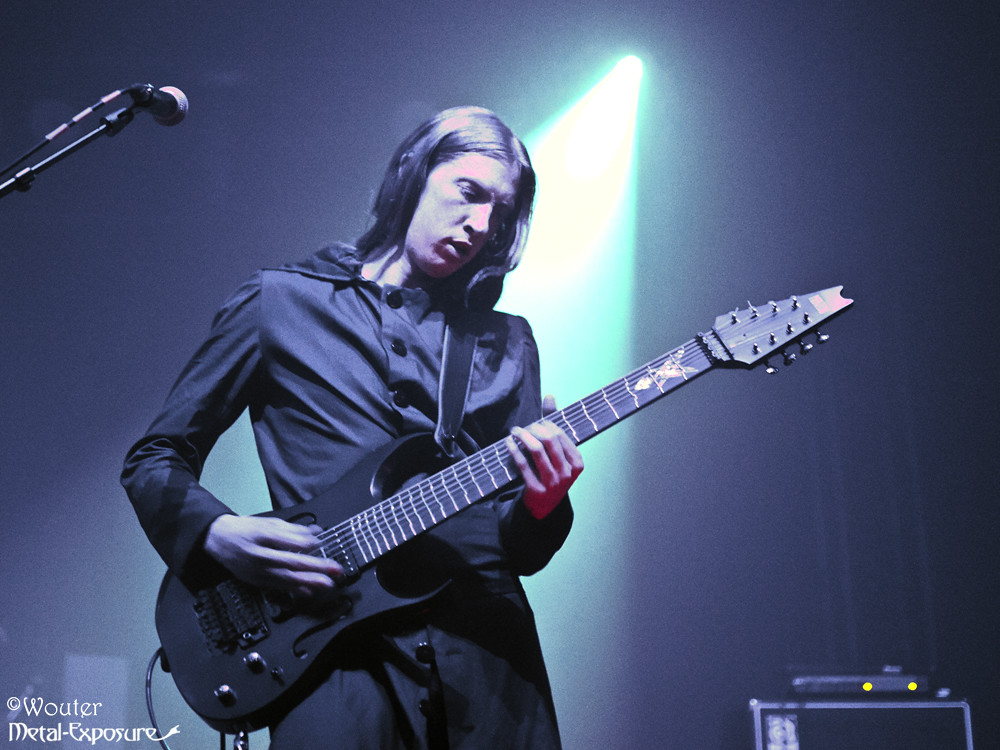 Avantgarde black entourage Lychgate opened with a dramatic orchestral sample, initially sounding promising. The expectations however were only met partly, as the music came across somewhat dull. Unfortunately for this performance the drums’ sound and play wasn’t too well, so snares were more or less lost to the audience. Perhaps a bit of personal taste, but this music didn’t really strike any chords within me, given its directionless staccato play.

A bit more doom, this time rather minimalistic if brutally played by German (Hamburg) four piece Ophis. Dark, threatening builds supported by thick and heavy bass foundations while the two guitars knit the play together with slow paced, dragging riffs and solitary melody intersections. Add vocals straight from the grave and we have doom avant-la-letre, albeit with maybe slightly more light at the end of the tunnel. The audience, clearly increased in numbers, seemed more enthusiastic for this play as well. A compliment to the bass player for screaming his lungs out from half a meter away into the microphone.

The Great Old Ones, well what’s in a name? These post black-metallers from France (Bordeaux) do know how to make brilliant music, live just as good as on the LPs. Yes, it takes three guitars and two vocalists and maybe a slight bit of hipsteresqueness, but the atmosphere and music is (al)most alien. Painting an otherworldly scene of non-human foregone species and annihilated civilizations, they do a good job of converting H.P. Lovecrafts work into music (The Mountains of Madness is the theme behind the latest album Tekeli-Li). The crowd is almost entranced and it feels almost like cold withdrawal to see the end of the show. Personally, they could have played another hour and I wouldn’t have known the difference! 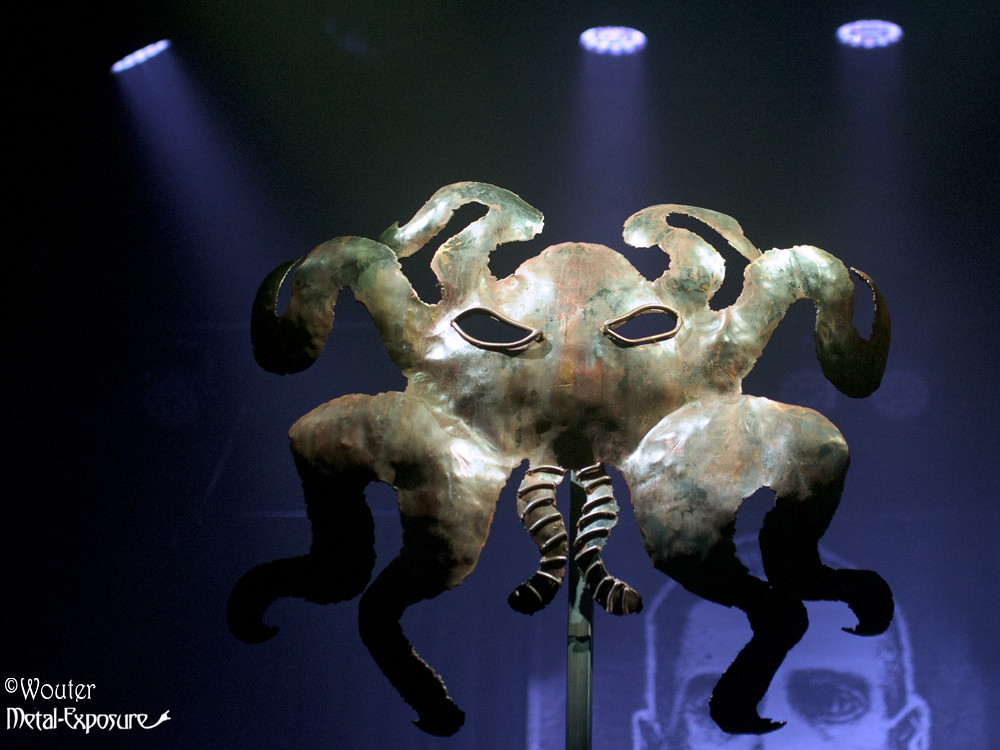 Nightbringer is (mainly Colorado) US orthodox black metal formation. Well orthodox in their unforgiving and dead on riffing and song writing. The use of synths and melody as well as a bass guitar audibly present may challenge the true black metal adepts. I’d definitely associate them with the works of Emperor, both in the exact riffing as well in the occult and esoteric themes made vivid through their music. For the unsuspecting audience (a.o. yours truly, having listened to them only once or twice) this was quite something, especially the 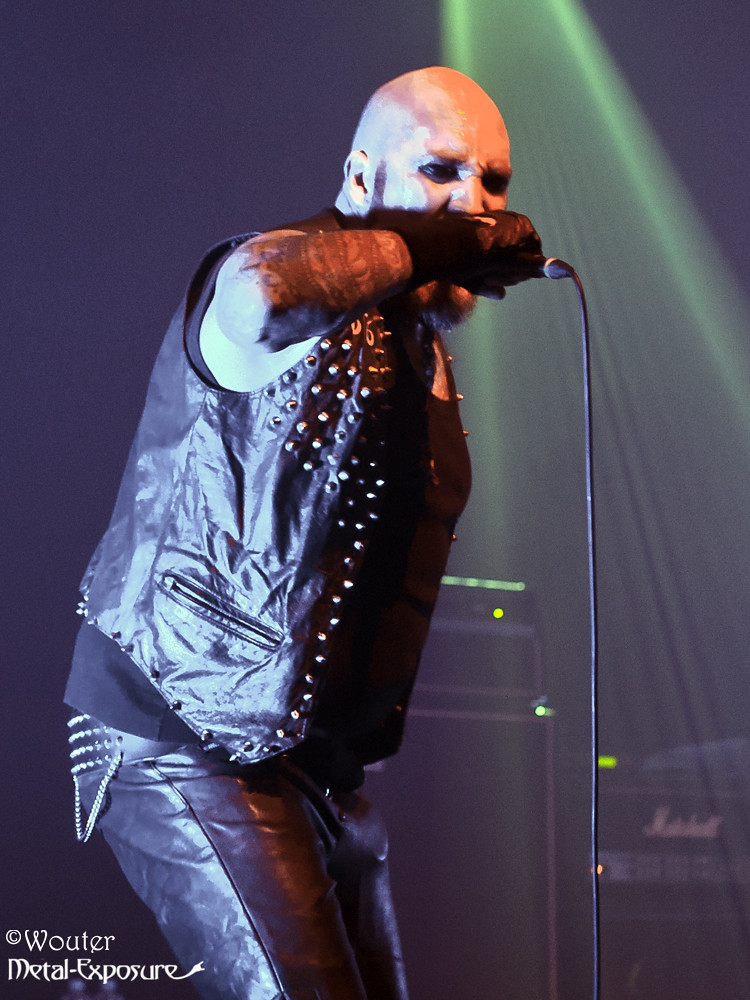 palpable hatred and darkness emanating from the (dressed for the occasion) band on stage. Even the not so well sounding drums did not much to lessen this experience. Something to look out for in shows for 2016!

Experienced veterans Naglfar (Swe) performed a selection of their long and impressive discography, from the first (1998) album Vittra (As the Twilight Gave Birth to the Night) towards the newest material of Téras (Bring out your Dead, Pale Horse). Neck braking Spoken words of Venom left the muscles in neck sore the next day, but was well worth it. Even though the crowd seemed a bit tired and Naglfars’ stage performance was not as wild as some their pounding drums, seeing them live was a good closer of my evening the capital of the Northern Netherlands. Unfortunately, due to having to make the 2hr car ride back home, I couldn’t witness the last two bands, Goat Torment and Terzij de Horde.

Into Darkness will see me Into Friesland again next year. Keep up the good (line-up) work!