Report and pictures by Michael Brookhuis 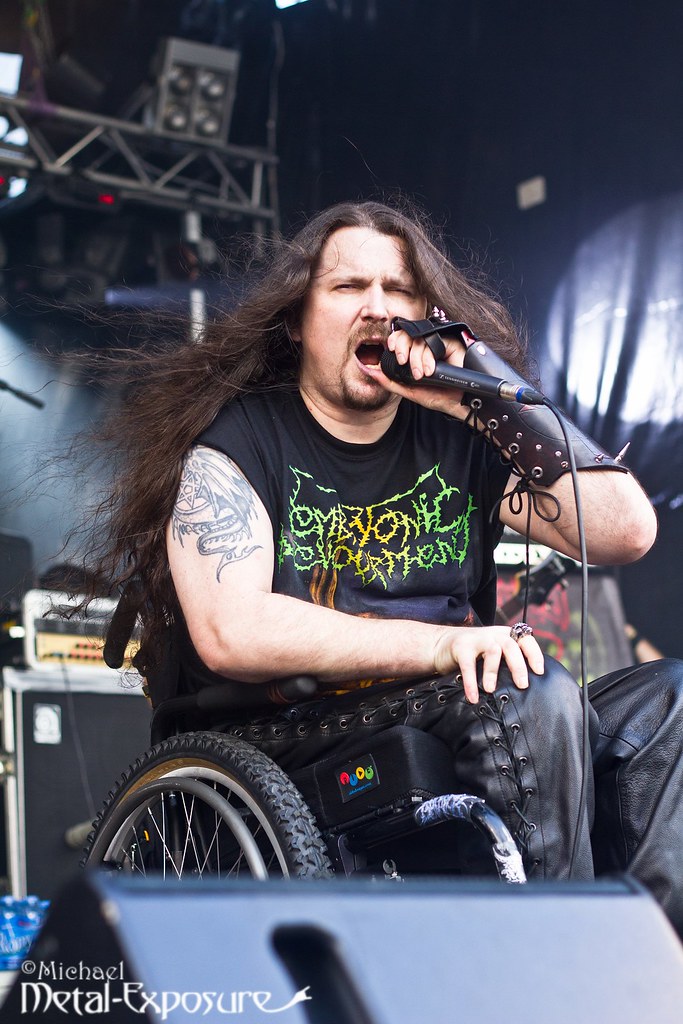 On the 26th of July, in a small town called Steenwijk, The Netherlands, the 20th anniversary of Stonehenge Festival was held. This festival focuses on the heavier side of metal, with bands like Fleshgod Apocalypse, Immolation and Obituary.

This festival gets bigger every year, including the stages and there were also more visitors than ever before. When I arrived at the festival, I was already late because of work. Because of that, I had to miss acts like Entrails, Bliksem, Sinister and Bodyfarm. But the main acts were still to come! As I parked my car, I could already hear the sounds of the festival while the sun was shining.

During the first band I saw, I already encountered the biggest critique I have about this festival. There were too many people for the small festival grounds. If they will get any bigger, I think they would have to find a different location. It was pretty difficult to find a way through the crowd, especially between sets, when people moved from one stage to another.

Anyway, the first band I got to see was Posessed. The beginning of the set was a bit messy, leaving the band members clearly agitated. But as the show continued, the band got better and better and was clearly having more fun. It was awesome to see how much fun lead singer Jef Becerra has on stage. He is a real inspiration. 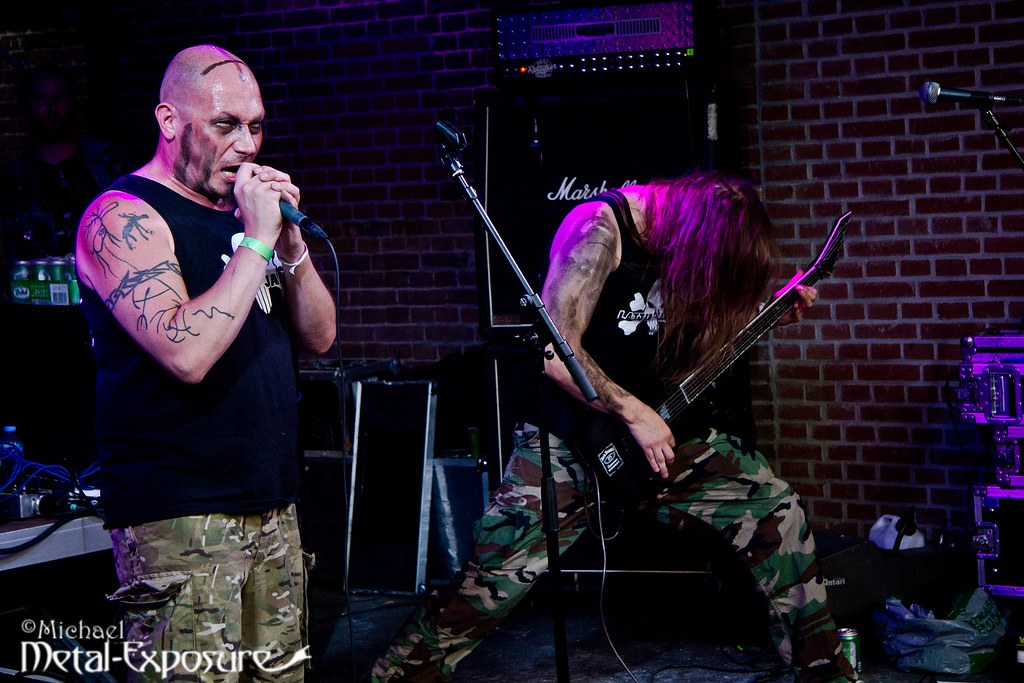 Because the Posessed show took a bit longer than planned, Impaled Nazarene was already playing when Posessed stopped. This resulted in a lot of traffic in between stages and the fact that Impaled Nazarene had to play for a very small crowd. The crowd wasn’t the only thing that was missing, because the band also played without a bass player. The band from Finland jokingly said that they are so poor that they could not afford a bass played. It resulted in a pretty bland sound, but still it wasn’t that bad. The crowd seemed to enjoy it as well. 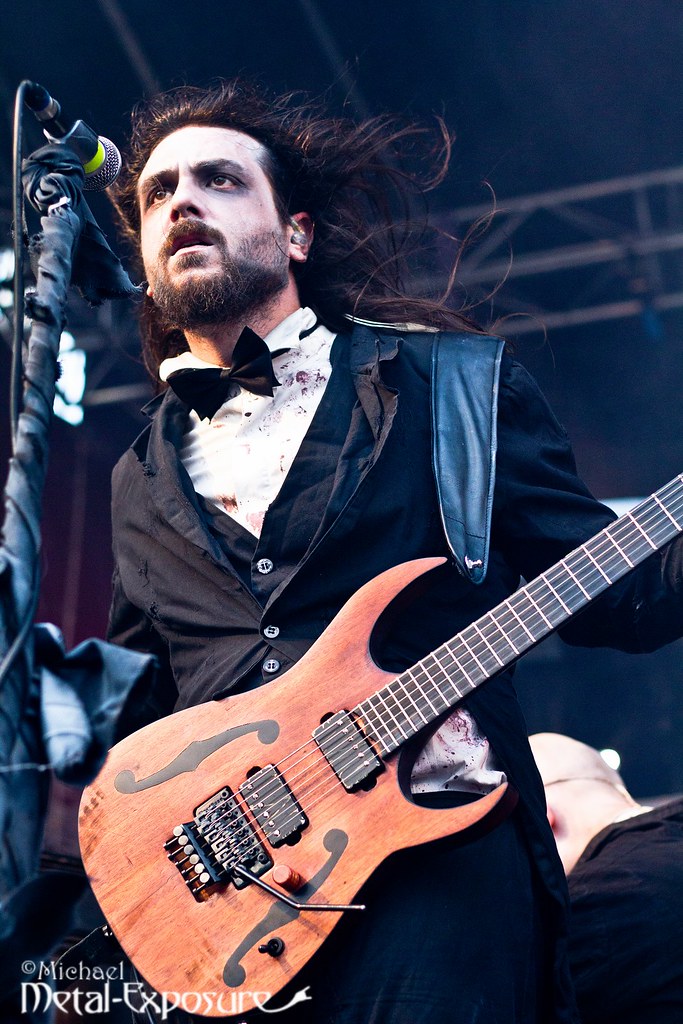 Next up was the highlight of the festival for me. I have never seen Fleshgod Apocalypse before and have heard different stories about their live shows, which seem to be kind of a hit and miss. To be honest, sound wise it was not the best show of the day, but performance wise it was. Some of the clean vocals were hard to hear, but apart from that, Fleshgod Apocalypse gave one hell of a show. The stage presence was one to remember. Everyone came on stage wearing tux which suited the music and show very well.

It was time to head back to the smaller stage, where Immolation was the last act of the evening on that stage. The downside of this stage is that the area around it was too small to fit all the fans. Well, actually, the place where this stage is, is about to be renewed, so who knows what lies in store for us next year. 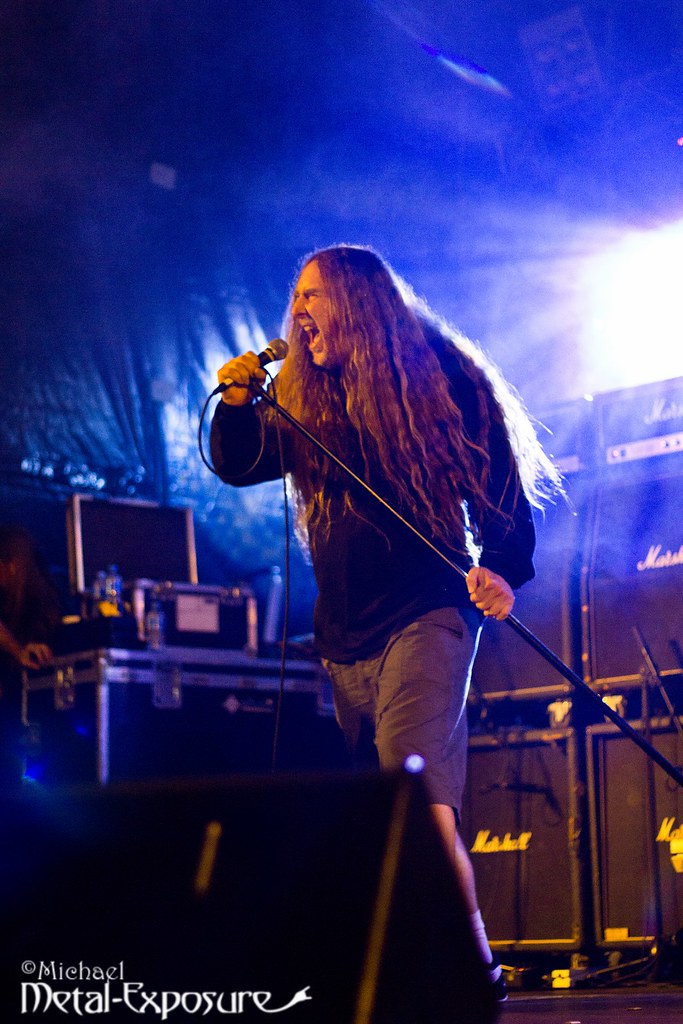 Immolation played a very tight set in front of a big crowd where everybody had an awesome time, especially the crowdsurfing guy in a wheelchair.

All too soon, it was time for the last band of the evening. Obituary played on the main stage. It took a while for the band to be ready, resulting in that they started a bit too late. The band is very active on stage and it seems as if lead singer John Tardy just cannot stand still. Their new studio album, Inked in Blood is set to release in October, and the band decided to play a couple of songs from that album as well. The songs did sound pretty good and I’m sure it left a lot of people excited about the upcoming release.

Sadly enough, after the show, Obituary’s backdrop was stolen. Right after the show, the organisation announced the first band for Stonehenge 2015. Dictated, Izegrim and also God Dethroned will be there on the 25th of July 2015, will you?