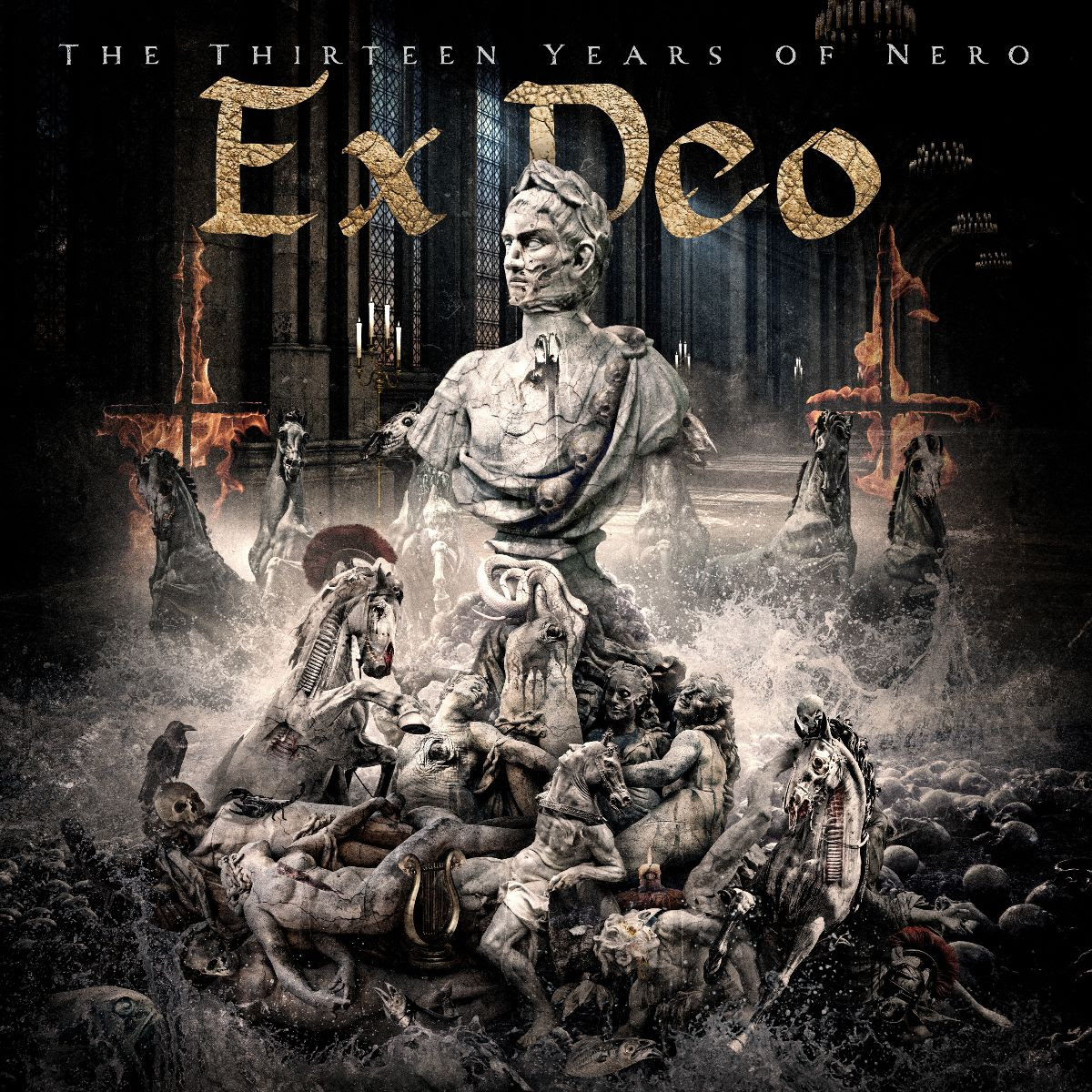 Have you ever found yourself thinking those history lessons in school were just a bit boring? Perhaps you were struggling to stay awake while the teacher raved on about some meaningless detail of Rome? Have you wished the lecture was accompanied by some fast guitars and harsh vocals? Well, today is your lucky day! The Canadian symphonic death metal band Ex Deo are here with a new album talking about everyone’s favourite Roman Emperor – Nero.

Funnily enough, the album doesn’t actually start with him, but his adoptive father Claudius. The track begins with a speech taken from a movie from 1937, which is a pretty interesting touch. “The Fall of Claudius” is a solid opening to the album in which Maurizio Iacono switches between his two growling techniques like he’s done before – mainly on the Romulus album – and uses the higher pitched growls when speaking as Claudius.

One of the best additions to the line up Ex Deo have ever made has been Clemens Wijers, also known as Ardek from Carach Angren. His orchestrations absolutely elevate the band from simple melodeath and add a layer of symphonics, which complements the aggressiveness of the band’s sound very well. This is for the first time very obvious on “The Head of the Snake,” which speaks of Nero’s descent into madness and fittingly Iacono’s vocals are even more intense than on the previous tracks.

Something that the band has always done superbly well – and rather uniquely – is incorporating epic speeches into the songs. Another one of those opens “Boudica (Queen of the Iceni)” on which we also hear the inclusion of a guest star – Brittney Slayes from Unleash the Archers who acts as a voice for Boudica. I have to say I’m still not completely sold on her vocals here as I don’t think the mix is done as well as it could have been, but she’s still definitely a great addition to the track.

A dramatic and absolutely beautiful intermezzo called “Trial of the Gods” follows another really energetic song in “Britannia: The 9th at Camulodonum”. A track that has something Sabaton-like to it, but in a much more extreme way as the drums pound relentlessly, but the chorus is just made for a live setting. As it turns out, the intermezzo was placed in this place purposefully to separate the more war-based stories from the artistic side of Nero’s life, which starts with “The Fiddle & the Fire” – a somewhat melancholic piece, made such mainly by the orchestral part.

The album is incredibly balanced in its quality and there are no tracks to single out as being weak. Furthermore, as with Iacono’s other band, Kataklysm, the drums of Jeramie Kling are absolutely relentless throughout, which will also make for fantastic live shows. The tragic tale of Nero ends the album with “What Artist Dies in Me” and “The Revolt of Galba,” which chronicle his last living day and the events that followed.

A concept album on one of the most well-known and infamous Roman emperors is an idea that will inevitably make people have big expectations and Ex Deo have definitely fulfilled them with this release. “The Thirteen Years of Nero” is a thoroughly furious album that also manages to tell a story very well. Now all that’s left is to hope we can catch them live sometime because it’s guaranteed to be mental. 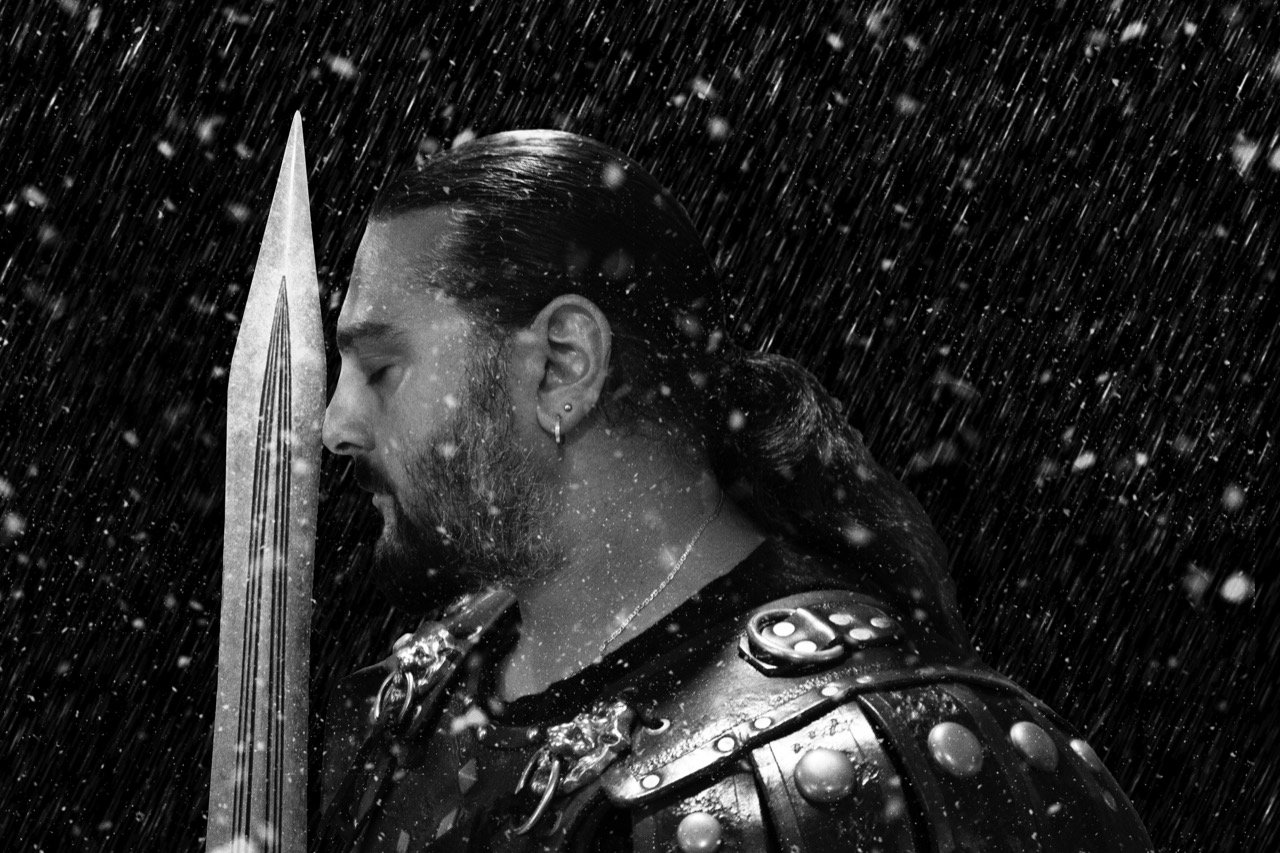 Tracklist:
1. The Fall of Claudius
2. Imperator
3. The Head of the Snake
4. Boudicca (Queen of the Iceni) feat. Brittney Slayes
5. Britannia: The 9th at Camulodonum
6.Trial of the Gods (Intermezzo)
7.The Fiddle & the Fire
8. Son of the Deified
9. What Artist Dies in Me…
10.The Revolt of Galba