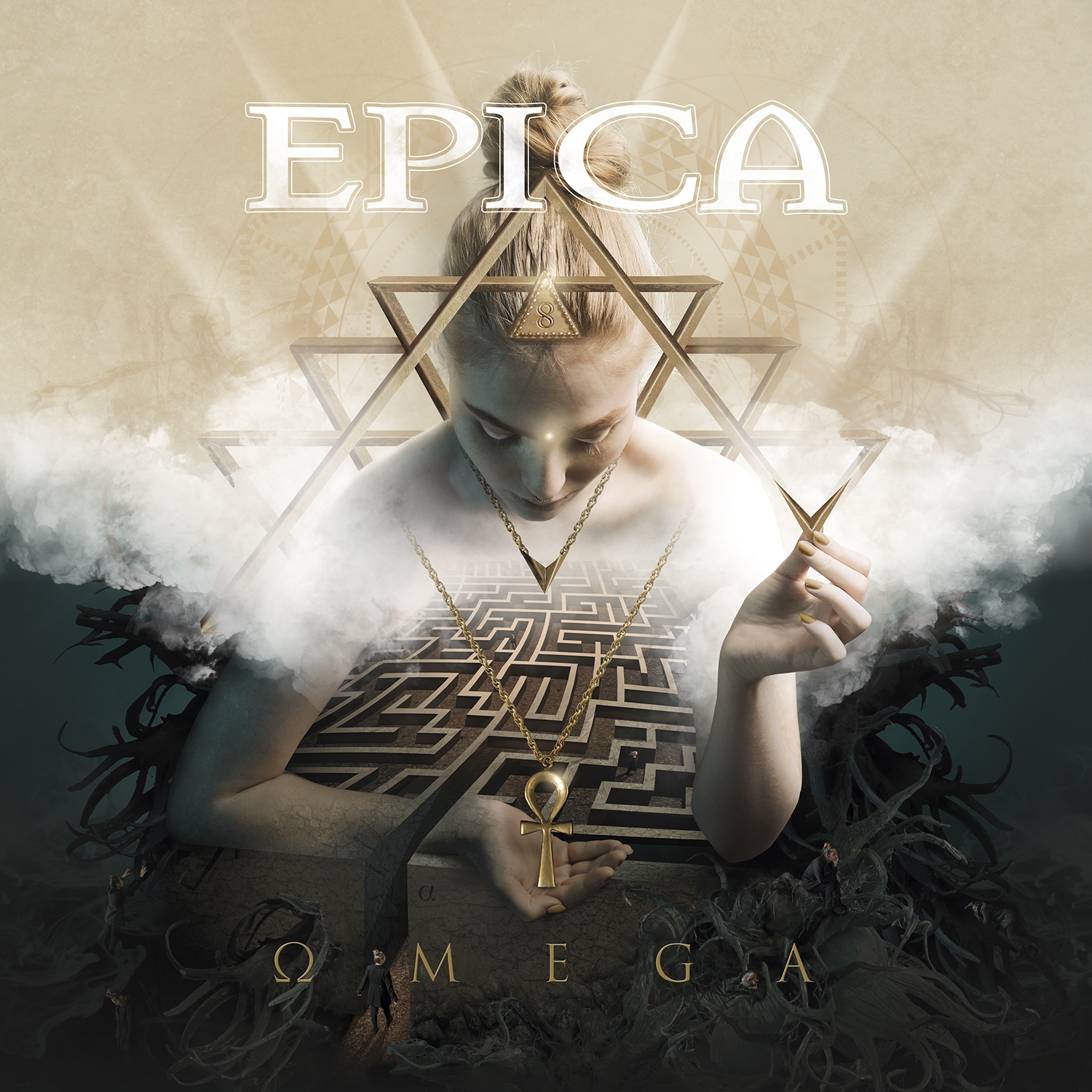 It’s time to reconnect with an old flame. During my formative years as a metalhead, I have been an avid fan of the Dutch symphonic metallers Epica. After having seen countless shows and knowing many songs by heart (to this day), the relationship faded as my taste for the more extreme genres grew. Every once and while I’d reconnect with the sextet over a new album, listening session or show. It’s been five years since our paths have crossed (read my review of ‘The Holographic Principe’ here). ‘Omega’ seems like the perfect moment to check back in with my fellow countrymen and woman.

Epica have always explored other realms on their records, at first with the focus on religion, which later on shifted to science (and everything in between). ‘Omega’ is the third chapter of the metaphysical trilogy that the band began with ‘The Quantum Enigma’ in 2014. The album title refers to the omega theory that postulates that after the alpha, the big bang, everything swirls together towards one point. There, at the omega point, all consciousness comes together into one point of unification.

The group has long found their signature sound and ‘Omega’ continues along that same path. A classical intro preludes the album, which then kicks off with a bang. The bombastic and catchy song “Abyss of Time – Countdown to Singularity” tells you what you’re in for: Epica has never sounded this grandiose. The melodies get you hooked from the start, while the dual vocals of Mark and Simone welcome you in their universe. It’s a smart way to start the record, because if you’re not captivated after this, nothing will.

One of the singles, “The Skeleton Key”, introduces the children’s choir, which you will hear on several occasions on ‘Omega’. It’s a song on which the band demonstrates how masterful they’ve become at their craft. Alternating between Simone’s dark, intriguing vocal lines and the heavier riffs and harsh vocals, there are few bands that can make you feel like you’re listening to an almost radio friendly, yet genuine metal track.

A returning feat on Epica’s albums are the oriental influences, which return on “Seal of Solomon” and “Code of Life”. The latter being another highlight on the record, it’s quite simply best described as Epica in top form. The song flows naturally between mid tempo symphonics and heaviness, adorned with oriental elements and at the center the compelling lyrics and vocals that finally immerse you completely.

Fans of the band will recognize one track specifically from the previous two full-lengths: “The Kingdom of Heaven – The Antediluvian Universe”. The Dutch sextet have made a sport of making their longer tracks as diverse and epic as possible. This installment of “The Kingdom of Heaven” is no exception (although “Consign to Oblivion” will never be beaten). It’s a 13-minute ride through the symphonic, epic, darkness, synth solos and ultimately light.

At certain points during the track, Simone’s ominous, playful vocals and the music remind me of Nightwish’ Imaginaerum with Anette. While Imaginaerum is one hell of a record, it’s somehow not the way I’d would want to see Epica go. Luckily (for me), the likeness is only there for a matter of minutes.

After eight powerful tracks, the cinematic ballad “Rivers” forms a welcome change of pace. Of course, you’re not let off the hook with a breeze and the final three tracks return to ‘Omega’s’ fully bombastic, energetic and heavy character. With these songs, the album might clock just a bit too long. After listening to a couple of monumental tracks already, these songs have to fight for their place to stay in the mind of the listener. That said, the tracks are again solid, so it’s just a matter of finding the time and putting the effort in.

With ‘Omega’ Epica once again confirm that they belong to the world’s top acts of metal. It’s probably the band’s most bombastic record, a culmination of their past work, on which the sextet present themselves at their very best. ‘Omega’ is a larger than life record, I dare say and the best of the band to date.