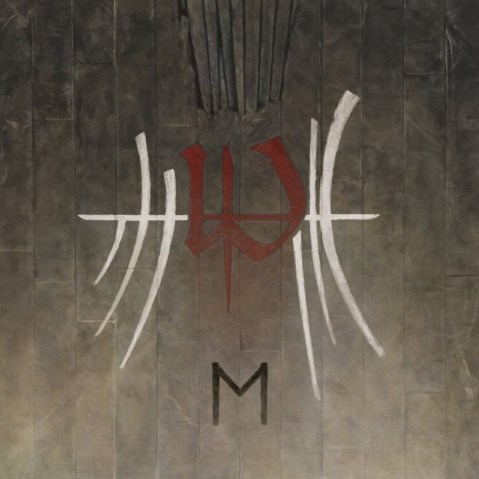 Enslaved, a band that is perhaps the most condensed version of Norwegian metal, have made it all: black, Viking and progressive metal. Putting a style to their latest releases (Axioma Ethica Odini, RIITTIIR and In Times) is bit beyond me, the genre Enslaved (to) Metal should be introduced here. With E, the (co) flag bearers of Norwegian metal show once more where both innovation and tradition can lead.

The common denominator, since their 1994 release of Vikingligr Veldi, is the co-operation between founding members Ivar Bjørnson (guitar, backing vocals) and Grutle Kjellson (vocals, bass). Enslaved stands out for its intelligent, intricate music and lyrics. Throughout their considerable oeuvre, they have been constantly innovating. Never a dull moment with any of their music, and as such not ‘easy-listening’ either.

Enslaved is heavily set in (forgotten) traditions and ways, taking inspiration from the many facets of Norse Mythology. Whereas other mythology inspired bands are mostly stuck in re-telling old tales, Enslaved transforms the content into something modern and of their own making. They do this both in a musical and lyrical (metaphorical) sense. Aside from that, they are damn good musicians who somehow found the trick of combining aesthetically pleasing and emotionally laden sound with rock solid rational song structures.

E takes things a bit slower than In Times and RIITTIIR on the opening track Storm Son. The album leans more on the keyboard (effects) to weave melody into the songs, compared to the guitar (solo) richer previous work. This gives the album a more floating feeling, as can be felt on River’s Mouth. Sacred Horse is one of the translations they give to the album title E, after the Ehwas rune. This rune, the letter for E, symbolizes companionship and trust. In a metaphorical sense, this is projected as the relation with man and horse. This then yields means for travel and making ones’ way in the world. The song is progressive in it’s keyboard use, spiraling towards the many jazz influences that have found their way into this album. Melodic and upbeat Axis of the Worlds puts clean vocals in an even more dominant place (by their new keyboard player, Håkon Vinje, who is younger than the band itself).

Enslaved did a nice job of putting music to the second meaning of Ehwaz, which also symbolizes the wisdom behind duality, on Feathers of Eolh. I would have loved to see more of this. The song is a complex of chugging riffs and drums, meeting free flowing melodies and atmospheric soundscapes. Throughout the song, they also managed to somehow seamlessly weave a blast beat, much to my joy. This song, like the many others on the album, has an underlying bass melody that makes listening to E a real pleasure. The added saxophone on Feathers and Hiindsiight (Kjetil Møster) and guest vocals (by none other than Einar Selvik) add more to the floating and even friendly atmosphere this album breathes.

E is a beautiful composed, immersive album. Listening to it attentively is a real treat, when one has the time to become absorbed in the music (and thereby forgetting at what station to leave the train). However, I do miss the faster, aggressive and guitar (solo) heavier version of Enslaved here and there. This would have been a welcome addition to E. The album fails a bit in completely convincing me of the dualism and strife also symbolized by Ehwaz. Something I had hoped for, especially after Ivar’s talk at this years’ Midgardsblot, and personally crave for in music at the moment. Instead, they seem to have become very enthusiastic with progressive and jazz sound-sculpturing of the music, into something that is at times a bit too friendly for me.

But Hel, they still manage to transform old wisdom and tradition into something new and beautiful, ensnaring (Enslaving?) the listener.