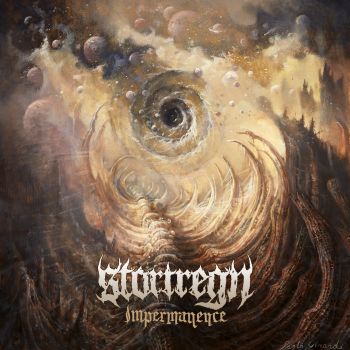 The year things started opening back up, also the first year I’ve had the privilege to write for this awesome website and I can’t thank Ingrid enough!

Best new bands (or at least best debut full lengths) are from Missouri’s Summoning the Lich and Denmark’s Livløs. Summoning the Lich’s United in Chaos is the best and probably freshest take on death metal with modern influences I’ve heard yet. Released on Prosthetic, it knocked the wind out of me and I’ve still yet to recover. Livløs is another example of a fresher take on the more melodic side of death metal, definitely very heavy and brutal compared to the typical Melodeath I enjoy. Their release And Then There Were None reminds me a lot of Wretched from the U.S. who I also greatly enjoy and very highly recommend. I’ve had a hankering for German tech death this year as well, A Valediction by Obscura is a favorite as well as the renaissance of Stortregn signing to rising titans The Artisan Era and releasing Impermanence, taking the top spot for me. Impermanence is pretty much everything I look for in metal these days, original take on typical metal melodies, genius chord progressions behind techy riffs and song structure. I can’t say enough about Impermanence.

Others are my obvious Melodeath choices like At the Gates and Be’lakor, the latter proving why they are the modern day juggernauts of the genre with Coherence.
Definitely did not want to leave out The Breathing Process’ Labyrinthian. An outstanding take on merging modern black metal with metalcore elements. Along with Summoning the Lich and Livløs, I can see The Breathing Process becoming quick rising stars in the metal scene.

Cannibal Corpse’s Violence Unimagined is a pretty typical choice and CC may be sort of blending into the death metal landscape but I greatly enjoyed this album, if anything for Eric Rhutan‘s contribution to their sound which is excellent. Rounding out the last few mentions are of the blackened variety with Blackened Hardcore trio Wolf King and USMB legends Wolves in the Throne room. I was first introduced to Wolf King at a live show last year before the shut down and I came away from that show a fan. Their new album Path of Wrath adds much more black metal flavor to their formula which I am absolutely all for and the entire album is a treat to listen to. Wolves in the Throne Room’s Primordial Arcana has been a reawakening of my interest in the band. I never disliked the band but my interest in them peaked at 2011’s Celestial Lineage, and if I do say so myself, Primordial Arcana is their best release since then.