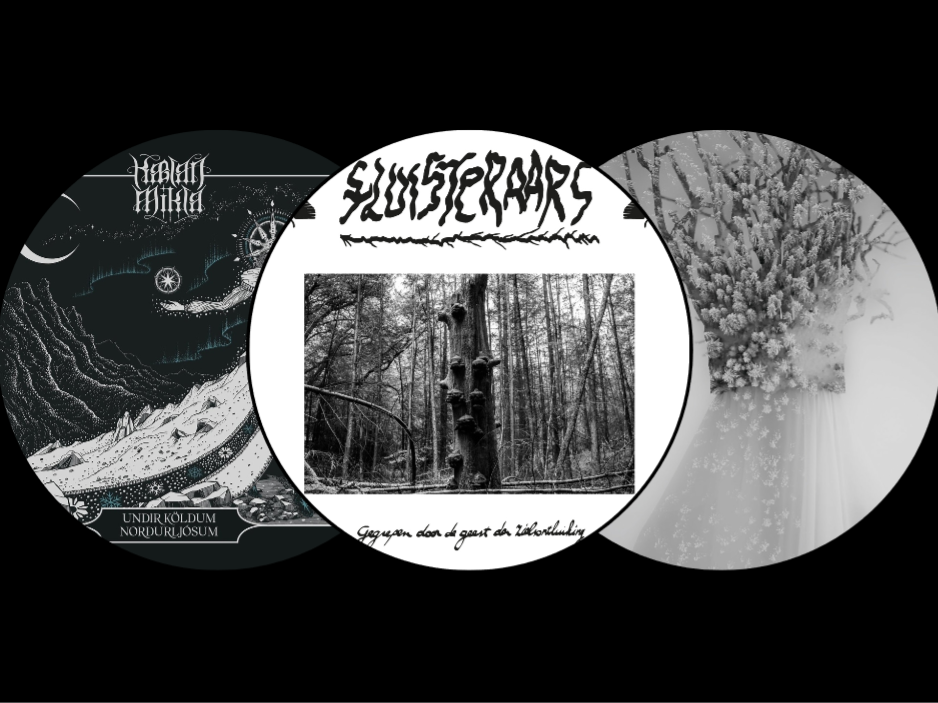 Even more than ‘the’ pandemic year, 2021 has been a real challenge. After months in lockdown, it looked like the live music scene would slowly but surely re-open, just to have it shut down in front of our faces again. I’m happy I got to visit some festivals and shows in this period however. There are a number of artists and albums, from classical music to folk to yes, the worst pop tunes, that have guided me through one of the most difficult years so far. For this list, I’m sticking to metal & related genres naturally.

Especially since the release of the previous album Bloem, Dutch black metal duo Fluisteraars have been building their name abroad. 2021’s Gegrepen door de Geest der Zielsontluiking is more primal and raw in comparison to its predecessor and more akin to the album Luwte but it also has its own experiments, twists and turns. As a fan of the band’s sound and (atmospheric) black metal in general, it was a no brainer to add Gegrepen door de Geest der Zielsontluiking to my list. Check out the review of this album here.

I would have never expected this album ending up in this list but it did. Negură Bunget‘s Om (2006) is an album I hold very dear and is one that I revisit every so often. I lost sight of this band for years and when (co) founder Gabriel passed away, the Romanian band ceased to exist. It came as a surprise this year that Dordeduh (the band of co-founder and ex band member Edmond) played the Om set at Prophecy Fest 2021 and even more that there would be a ‘new’ Negură Bunget album. The album contains the original drum recordings of Gabriel and was recorded with the last line-up of the band (apparently there have been many). I feared that this album would not do any justice to the band’s incredible legacy, but Zău is actually a very beautiful atmospheric black metal album. Highly recommended.

This Icelandic dark synth pop band surfaced on my Spotify one day and the name was not unfamiliar to me. I started listening to Undir Köldum Norðurljósum and their easy listening, dark wave-infused tunes, just sounded very relaxing and as a nice change. I doubted to add this album to the list, since the band’s performance at Ascension Fest this year in Iceland was kind of amateurish and not great, but I think the record deserves the benefit of the doubt. I’m also 101% certain that this band will grow massively in the coming years and with that, also their overall performance.