As the year draws to an end, it is time to make up the musical balance for each of us. We’ll present you with a top 10 or 5 from our editors, an accompanying explanation and of course the actual tunes. We kick off with the list of our chief editor: Laetitia.

One of the latest releases of the year, but also the one that made the most impact. Not too different from my 2016 number one, Numenorean’s Home, this Icelandic atmospheric black metal formation serves us with (quote from our review of this: eardrum-scouring screams (all in the band’s native Icelandic language) are layered over fuzzed-out, trebly guitars to create an atmosphere that immediately transports you to somewhere foggy and cold, a world of gray-green open spaces and a delicious uncertainty about what’s just beyond the next rise – is it a warm hearth, or the encroaching darkness of night? Read more of it here.

For a few weeks, Myrkur’s Mareridt was set to take place 1. It’s a great, diverse (black) metal album and I’m sure Amalie Bruun is going reach great heights with her music. There are two reasons why ultimately Mareridt went down to the 2nd place: Auðn just swooped in and crushed all, plus having seen a dissapointing live show in Sweden, ruined a bit of the magic for me. Still, “Ulvinde”, still is one of my top songs for 2017, if not THE. Read the review here.

I actually forgot that this album was released in 2017 until I heard Wiegedood play at Into Darkness again last weekend. De Doden Hebben Het Goed II quite simply fits my music taste: it’s cold, extreme, at times hateful and the I’ve been listening to it all year. Read the review here.

Enslaved has the tendency to make records that need to grow on you. Hearing E for the first time, I couldn’t get into it. One song was an exception: “Sacred Horse”. The instrumentental and choir piece of the song really touched me and it made me listen to the album over and over again. Thankfully, because as it turned out, the other tracks just needed some time to grow on me. Also, different than to what I first expected, it’s a fantastic, headbang proof live album. Read the review here.

At first I had some doubts about whether or not this record would make the cut. However, after hearing it again recently, I came to the conclusion that it belongs here. Why? EOD: A Tale of Dark Legacy is a story, masterfully told through Lovecraftian black metal by these Frenchies. As a writer/journalist, I’m a sucker for stories, books, literature and what not, so that’s that. Read the review here.

6. Ulver – The Assasination Of Julius Caesar

The Assasination Of Julius Caesar is not a typical pick for me, nor is an alternative band like Ulver. Yet, alongside with fellow countrymen Manes’ Be All, End All (2014), I apparently crave a completely different listening experience sometimes. I fell in love with the song “Nemoralia” instantly: the lyrics inspired by historic events, Garm’s vocals, the groove, it adds up.

Doom metal isn’t my regular cup of tea, it’s too bitter. I can appreciate it, but that is as far as it goes. Most days. I heard the record Servus really early on this year and instantly knew it was something special. Bathsheba’s music, especially the vocals, lure you in and put a spell on you, just to find out a bit later that you are actually surrounded by all consuming darkness. Read the review here.

Even though I liked Satyricon’s self titled, previous record a bit more, Deep Calleth Upon Deep proves that Satyr and Frost are far from done. The album is catchy and yes, in some ways going deeper than ever before: adding new elements like the vocals of opera tenor Håkon Kornstad and his saxophone input. Favorites: “The Ghost of Rome” and “Dissonant”. Read the review here.

I have to admit this is a pretty safe choice. I had more albums to mention than 5, but getting to 10 was a bit harder. However, listening to Finisterre again, it’s fair to conclude that it belongs here. The record, inspired by the existential novel Steppenwolf (Herman Hesse) (once again borrowing some words of my fellow co-writers) has fierceness and primal (wolf) expressions of aggression, but also a melancholic beauty that leaves you gasping for air, as you surrender to the void. Favorite track: “Finisterre”. Read the review here.

If Merrimack’s Omegaphilia is one thing, it’s straightforward, uncomplicated black metal. Not a game changer like some of the others in this list, but a solid record that is damn pleasant to listen too. Not every record needs to push the boundaries, sticking with your sound can be nice as well. Read the review here. 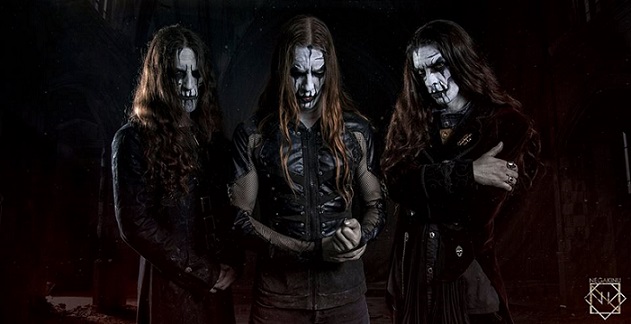