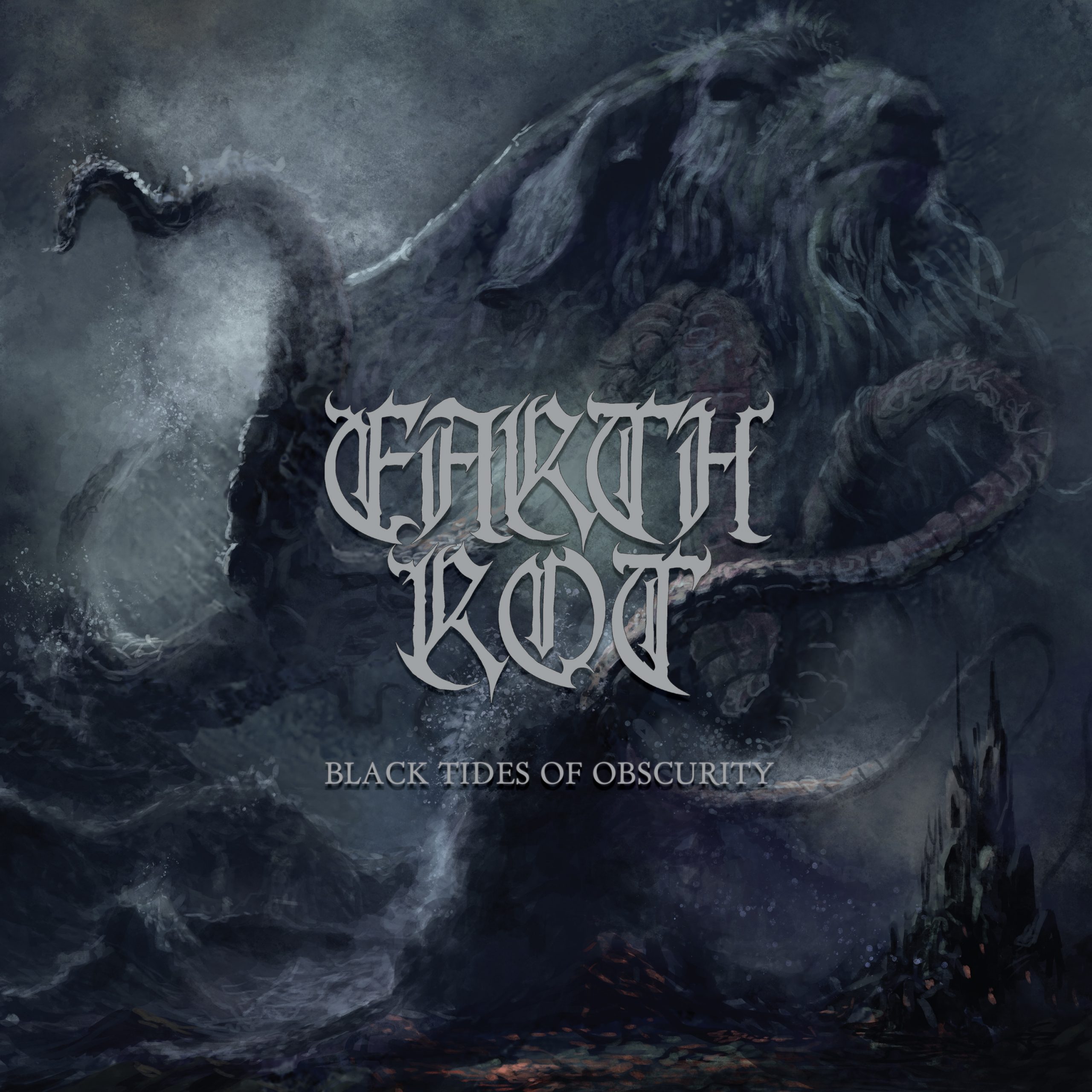 Recently, a band that goes by the name of Earth Rot has slowly emerged from the shadowy scene of Australia and even though I passed by the name a few years back with other material that they put out, none of it stroke me enough to wait and wonder about it.
I’ve seen their logo here and there when knowing they have been touring with big names like Marduk, Vader and Fleshgod Apocalypse, but one can’t listen to everything all the time. I guess, however, that back then they slowly made a name for themselves in the land of Kangaroos and abnormally big insects.

It changed when I span Black Tides Of Obscurity. The four-man band managed to achieve a sound that can be described as Entombed, mixed with a little Black Metal from the more depressive side of the genre, while spicing things up with groovy parts that won’t put any modern rock (yes, I’ve said it) band to shame.

“Dread Rebirth” pretty much encompasses everything the band does. It begins very aggressively, with double-bass led drums that bangs through your head. and mellowly transitions into a ballade-like melancholic song that at first you wonder what you’re listening to but quite fast you let go of that thought, as a meat-piercing guitar riff sends you back to the realms of destruction.
This line continues successfully with “New Horns” and “Towards A Godless Shrine” that both feature a very distinct sound and song build, as they transform time and again from madly-fast brutal Death Metal parts to a more psychedelic-led tune that is also in part due to the lead singing of Jared Bridgeman that tops the song like a cherry every time.
His vocals are very versatile and range from deep guttural threats to (a bit) cleaner, almost sad-like tones that paint song parts in complete other lights.

Now, it is quite clear that the band, technically-wise, is a source of envy for quite a lot of other bands out there. It’s enough to listen to “The Cape Of Storms” with its Behemoth-ish vibe at times, while at other times breaks into a modern rock-era short moments, to realize what this group is capable of. I haven’t mentioned D.J Maloney yet, the one who sits behind the drums, but he’s pretty much the backbone of this Australian gang, with his ability to delve into speeds that are seemingly hellish by nature. The guitar and Bass compartment is made to my pleasing and while the album is made top-notch, I can’t get let go of the feeling that this band can do even more than that.
What strengthens that (totally personal) feel in my case, is that some songs are feeling like a roller coaster and are far less memorable than others.

It doesn’t mean, of course, that the most of the songs here won’t make you break your neck and melt your brain from the inside with speed and a ferocity that you miss in other bands these days, like “Mind Killer”.
Earth Rot present in a very formidable way, how a band of these modern day and age can do some pretty fucking impressive Extreme Metal, while not following a distinct path of “wanting” to play Old-School, but just good music.