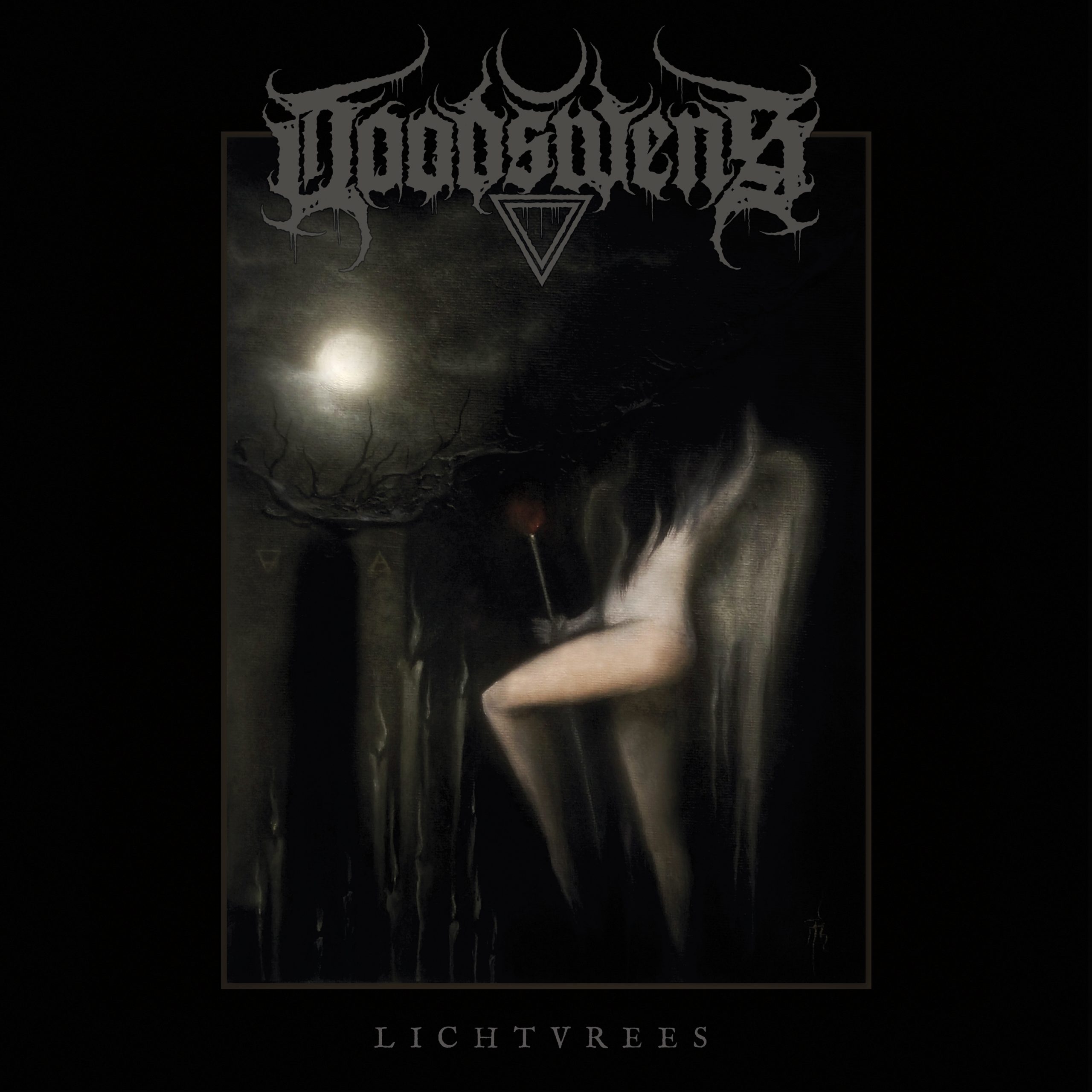 Funny how things go sometimes. Especially when it concerns Doodswens (which means Death-wish in English). With only just a demo in their pockets these two Dutch ladies managed to gather quite some attention. With performances on Roadburn and as support for Marduk this two man, better said all female act, managed to get some serious spotlights on themselves. Now finally it is time for their full length debut called “Lichtvrees (fear of light)”, and the biggest question is: is this band worth all the attention and the hype?

I must say yes. This because Fraukje (vocals and guitars) and Inge (drums) can surely make some really cool tunes. On the other hand Doodswens doesn’t bring anything out of the ordinary expected within the Black Metal realm. Does that matter? No, because what they lack in originality music wise they make up in the atmosphere presented. In this case it means a well-produced yet gritty desolate, melancholic depressive sound in vein of Darkthrone, Burzum and loads of other Scandinavian acts hailing from the inglorious nineties. Minimalistic, basic and simple in its approach: in the sadness presented lies its beauty. Aided with samples, the futility of it all is displayed in dark splendor.

Opener “In Mijn Bloed” opens fast and aggressive while “Onplaatsbaren” is simply a really interesting sample of a man rambling about his shitty life before the heavy “Zwarte Staar” starts: a relatively slow yet haunting track were all registers are bursting open in the end. “Eindzicht” is threatening as hell while “IJsheiligen” has a great guitar riff. A clever touch is that Doodswens manages to enthrall you with slower more melancholic parts and more aggressive outbursts which sees to it that the whole 36 minutes is enjoyable during its spin.

I could explain all songs but I simply won’t. This album is best digested whole and in the end “Lichtvrees” proves to me that Doodswens has managed to spawn a very listenable album. Well seated in the underground this album should please already hyped up fans and make some new fans as well. I think I have said enough for now. Just listen to the album and decide for yourself. I’m sure a lot of people will get pleasure delving in this record. And I am one of them! And when the hype subdues it is time to see whether Doodswens is still standing. They probably will. A welcome act for the already rich Dutch underground. And if you have the chance to see them live: please do….it won’t disappoint.